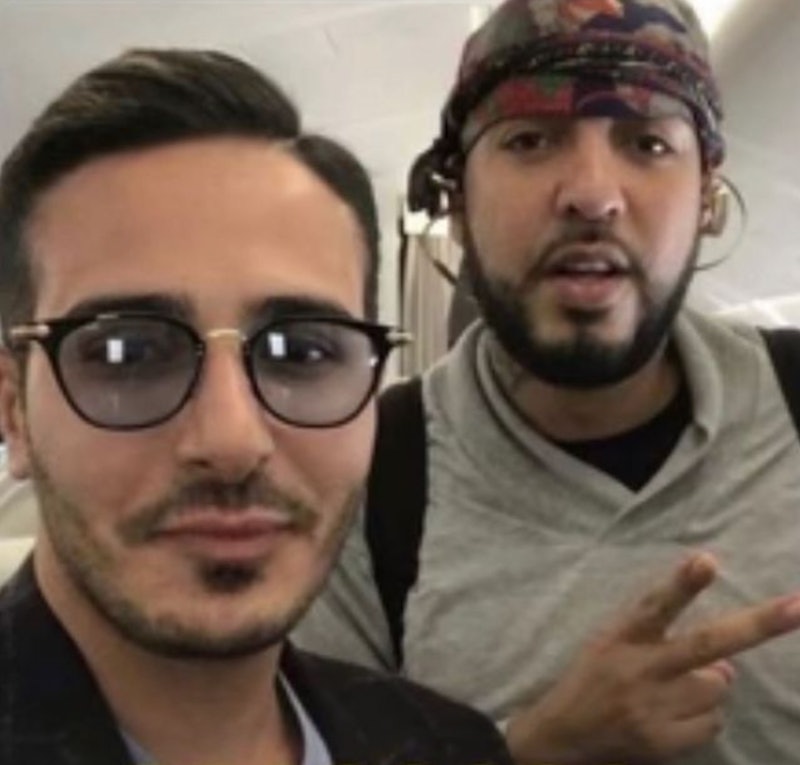 It’s no surprise to anyone who has watched Netflix documentary The Tinder Swindler that Simon Leviev (real name Shimon Hayut), has enjoyed some illustrious company in his years as a supposed billionare diamond heir.

In a turn of events that even we didn’t see coming, rapper French Montana has revealed that he, too, has had an encounter with the accused conman. Posting on his Instagram story, Montana (real name Karim Kharbouch) shared a photo of himself and Netflix’s new leading man. Hayut can be seen standing beside the rapper on a plane, in the image seemingly taken before the Netflix series.

Above the photo, Montana wrote: “I can’t believe I met the Swindler” with a laughing emoji. And, having admitted his passing connection with Hayut, he decided to join in on the plethora of memes that have since been created about the Swindler.

In a second posting of the same photo, Montana added the caption: “Hey, we just left the hospital. French Montana is fine again, we are fine again, but our enemies are after us. Please send $50k fast. Please.”

The joke alludes to the tactic Hayut is alleged to have used to con the women he matched with on Tinder (including Pernilla Sjoholm, Cecilie Fjellhøy, and Ayleen Charlotte). He would send photos and videos of himself, and his “bodyguard” Peter, supposedly in danger. Then, pleading for help, he would request large sums of money. It’s now been said that Hayut would splash the cash on extravagant parties and hotels as he travelled around the world.

In his most recent Instagram story, Montana admitted he is now “finally watching the Swindler.” As for whether the Swindler has seen the post, that remains a mystery. Hayut did have an official Instagram account at the time the documentary aired, on which he posted a statement about telling his side of the story. But that account has since been deleted and the various new accounts that have popped under his name cannot be verified.