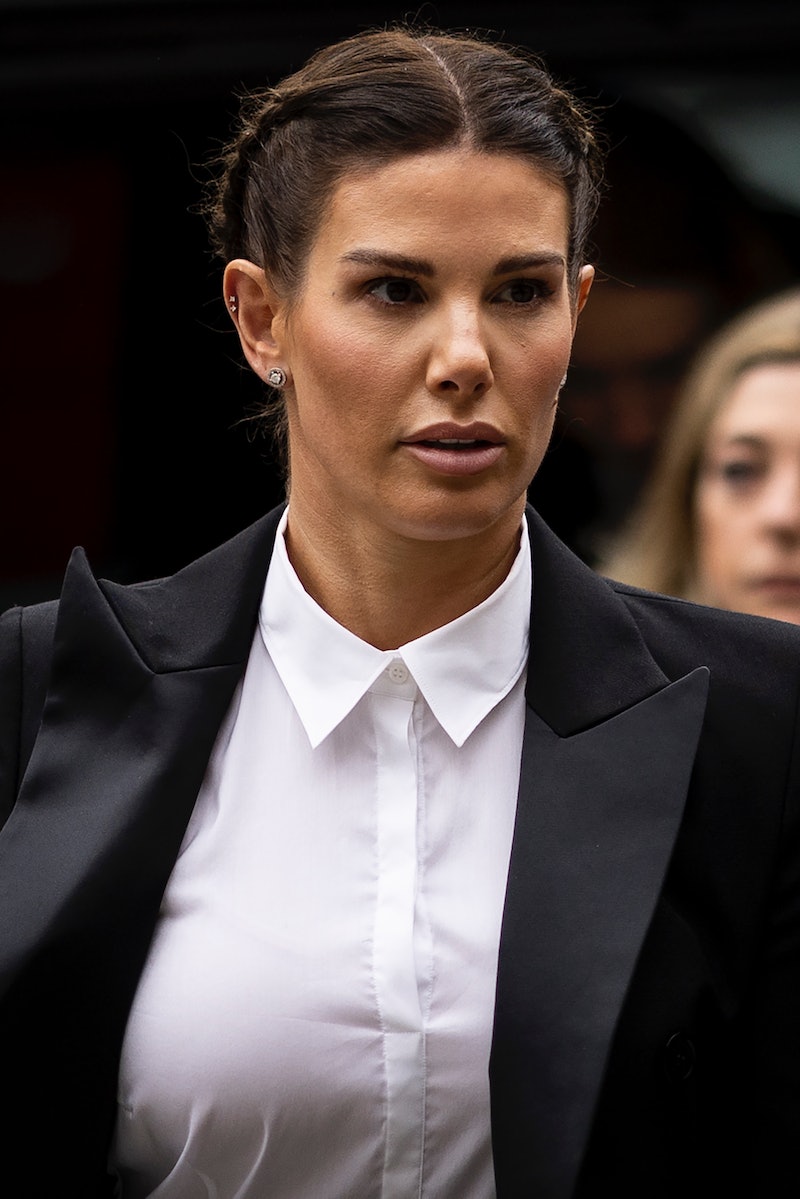 Following the much-anticipated verdict of the so-called WAGatha Christie trial, Rebekah Vardy has spoken out in her first post-court case interview. The Vardy vs Coleen Rooney saga began back in October 2019, when the latter publicly accused Vardy of leaking stories about her to the press with a bombshell statement that concluded with the now iconic line: “It's... Rebekah Vardy's account.”

Vardy vehemently denied the allegations and their legal dispute escalated to the High Court when Vardy pressed ahead with suing Coleen for defamation. The trial took place in May 2022 and provided spectators with some truly bizarre revelations. Peter Andre’s chipolata and a Davy Jones reference were among the notable highlights.

Ten weeks later, on July 29, the court case that captured the nation’s attention concluded with Justice Steyn ruling in favour of Rooney. In a statement, the High Court judge stated that Vardy “actively” engaged in leaking stories to the press by directing her former agent, Caroline Watt, to Rooney’s “private Instagram Account, sending her screenshots of Ms Rooney's posts, drawing attention to items of potential interest to the press, and answering additional queries raised by the press via Ms Watt.”

Now, in her first post-WAGatha Christie interview with The Sun — set to air on TalkTV on Wednesday, August 3 — Vardy shares her side of the story.

Find seven of the biggest revelations from Vardy’s sit-down with Kate McCann, below.

She still denies the allegations

“I'll say this until I'm blue in the face, I did not do it,” Vardy told host McCann. However, Justice Steyn’s ruling on July 29 stated that Vardy’s evidence was “manifestly inconsistent... evasive or implausible.” In contrast, the verdict found Rooney’s defence to be “honest and reliable.”

She confronted Coleen over the phone

Vardy revealed that following Rooney’s original post that accused her of leaking stories to the press, she immediately picked up the phone to confront her.

“I called her and basically said: ‘What the f*** is this?’ and her response was quite, I don’t know, quite rude, quite harsh.” Vardy recalled, “She basically just said, ‘You know what this is?’ And at that point, I really didn’t know what it was.”

She feels “let down”

Following the High Court verdict, Vardy revealed that she feels “let down by a lot of people and a lot of things.” During the TalkTV sit-down, she added, “most importantly, I feel let down by the legal system.”

In her statement reacting to the judge’s decision on July 29, Vardy previously said that she was “extremely sad and disappointed” at the ruling. “It is not the result that I had expected, nor believe was just. I brought this action to vindicate my reputation and am devastated by the judge’s finding,” she added.

Her time in court was “atrocious”

Reflecting on the May 2022 trial, Vardy described the court case as “atrocious.” Speaking to TalkTV’s McCann, she continued, “I have never felt so bullied and manipulated and shamed in my whole, entire life over things that had no relevance whatsoever to do with this case. I was sl*t-shamed. I was shamed for things that I had done 20 years ago or more.”

She’d go for a coffee with Coleen

Despite their high-profile legal dispute, Vardy made a surprising claim that if she were to bump into Rooney “in the street tomorrow,” she would “ask her if she wanted to go for a Caffe Nero.”

“Life is too short to be resentful and hold grudges and be bitter towards someone. That is not me. I am not that person,” she added.

She’s received a lot of backlash

Speaking to McCann, Vardy revealed that at the height of the WAGatha Christie scandal she was receiving hundreds of abusive messages each day. She claimed the backlash made her “scared to be out in public places,” adding that strangers “went the extra mile” to send hate her way.

“I was linked to the disappearance of Madeleine McCann, people suggesting I was a member of IS,” Vardy recalled. “It was as if I’d murdered someone.”

Vardy also disclosed that she stopped attending her husband Jamie Vardy’s football matches with her five children, after fans began chanting about the allegations made against her.

“As a mum, all you wanna do is shield your children from all that, and sometimes, it's just impossible to do," she told The Sun.