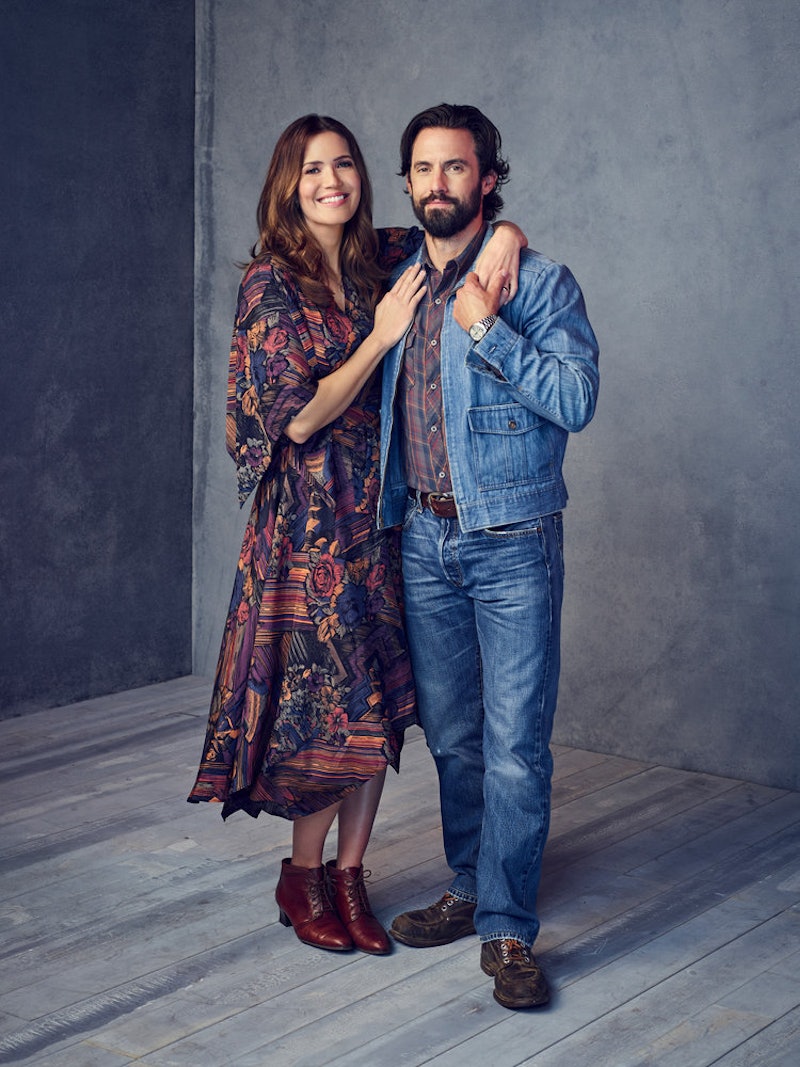 Major spoilers ahead for This Is Us Season 6, Episode 17. The moment the Pearsons (and all This Is Us viewers) have been dreading finally arrived during the show’s May 17 episode: Rebecca’s death. The beloved Pearson matriarch’s final hours were illustrated by a younger her, walking through various train cars until she ultimately got to the end — the caboose (remember when she couldn’t remember that word earlier this season?). On the way, Rebecca got to see some of the key people who came and went before her: William (Ron Cephas Jones), Dr. K (Gerald McRaney), and even Miguel (Jon Huertas) one more time.

Naturally, fans were waiting for her to finally reunite with Jack at the very end. And she did — but not before This Is Us revealed a major, previously unknown detail about his death. And as if Jack couldn’t get any more lovable, or mythically heroic — he’s now apparently responsible for curing Alzheimer’s... kind of?

In you case you missed it through bleary eyes from crying (understandable!), the episode introduced a new character, Marcus Brooks, whose role in the overall This Is Us mythology wasn’t immediately clear. As a child, he’s injured in a major car accident — but we know he survives because we see him as an adult, too, working toward a cure for cancer.

While waiting for his son in surgery, Marcus’ dad (a surprise Dulé Hill!) stumbles upon another dad in the hospital: one Jack Pearson, who reveals that he and his family just survived a house fire. Oh no...

Jack even gets to impart some of Dr. K’s “when life gives you lemons...” wisdom minutes before the inevitable happens — he dies of a heart attack. It’s implied that his doctor would have been able to help him, had he not been called to assist with Marcus’ life-or-death surgery.

But the “lemonade,” as Jack would say? Back in the present day, Marcus is honored for his work in the “development of drugs targeting Alzheimer’s disease.” It sounds like a step toward a cure for the disease that claimed Rebecca’s life — one that might not have been possible had Marcus died in the hospital that night.

Of course, leave it to Jack Pearson to dish out grand romantic gestures even in death — and casually help change the world along the way. As the connection became clear in the episode’s final minutes, viewers took to Twitter to process their emotions.

If seeing a post-fire Jack hurt a little too much, expect the This Is Us finale to be a soothing balm. As Mandy Moore told Entertainment Weekly, “We'll definitely get to see a lot more of Jack and Rebecca at a time that we haven't really lived in very much as of late.” BRB, casting a vote for ‘70s beard Jack!