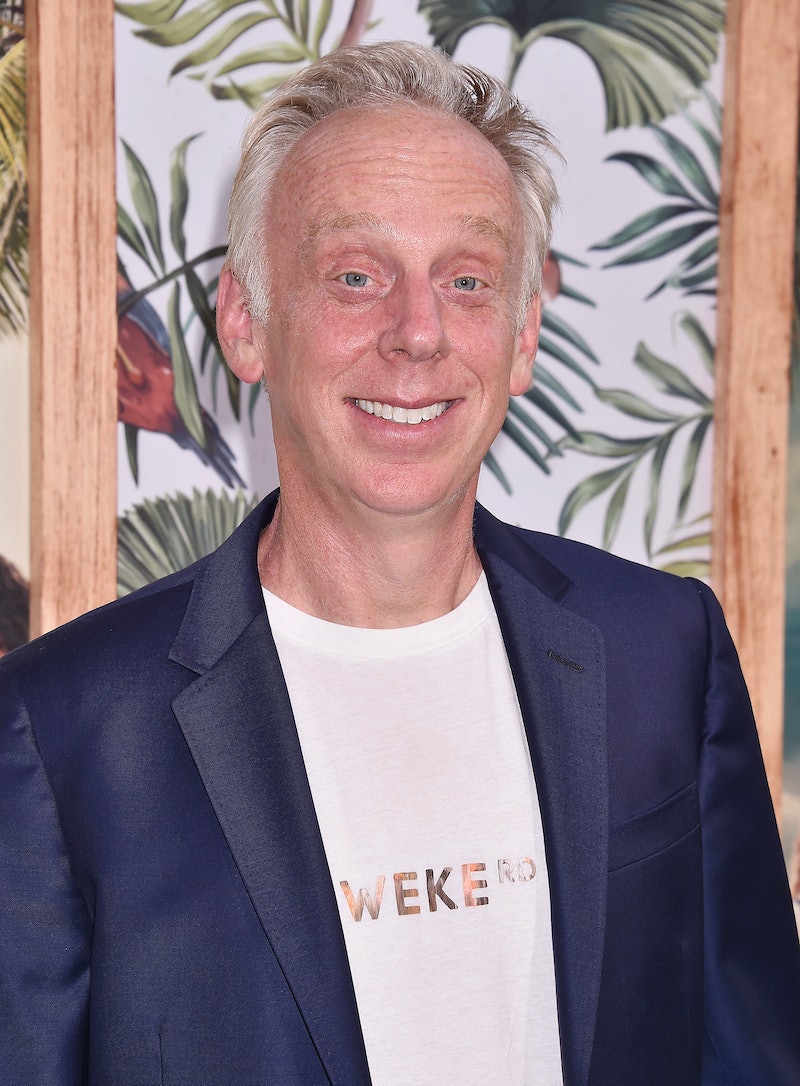 No matter how you’re feeling about The White Lotus Season 2 finale, you have creator Mike White’s genius to thank for the hotly debated show. Week after week, the HBO limited series spurred on endless fan theories, character analyses (Portia’s consistently chaotic outfits were not spared), and it even led to the opening credits song being played at clubs.

White, who wrote and directed the satirical comedy, has been prolific for decades. He wrote and produced for Dawson’s Creek, directed Laura Dern’s Enlightened, and made a cameo in The Stepford Wives, among others. He even participated in reality competitions, like The Amazing Race and Survivor: David vs. Goliath. But one of White’s projects is taking TikTok by storm as audiences are just now realizing that White wrote everyone’s childhood favorite film School of Rock — and played a memorable role in it, too.

In the 2003 rock musical, Jack Black stars as Dewey Finn, a lovable struggling musician who poses as a substitute teacher to pay rent. White stars as the equally memorable Ned Schneebly, Dewey’s roommate and best friend, who eventually stands up to his controlling partner Patty (Sarah Silverman).

Now that TikTok made the connection that Schneebly is White, users can’t get over the fact that the School of Rock character is responsible for the cultural juggernaut that is White Lotus. One user posted, “I was today years old when I realized Ned Schneebly created The White Lotus.” Warning: Spoilers ahead.

Some of the recently enlightened felt betrayed by the School of Rock connection. “I feel lied to and misled,” one user posted.

Meanwhile, some fans could not get over the fact that Schneebly wrought the devastation that is Tanya’s (Jennifer Coolidge) fate in the finale. “Did anybody else just realize that Ned Schneebly is the one behind Tanya McQuoid’s death?” user @arianatobe posed the question about the fan-favorite vacationer. “Like seriously, Ned Schneebly ended Tanya?”

While many aren’t taking the Ned-information well, some just want to celebrate White’s genius. One user explained she’s tired of people pointing out White’s other projects — especially the reality shows — and disregarding his other classic creations. User @_renlo said, “I’m really tired of seeing things about Mike White, the creator of White Lotus, being on Survivor and The Amazing Race, as if he’s not in one of the best movies of all time School of Rock?”

More like this
'GoT' Star Emilia Clarke Says She "Just Can't" Watch 'House Of The Dragon'
By Brad Witter
Who Is "Daddy" Pedro Pascal Dating? People Are Thirsting Over The 'Last Of Us' Star
By Alyssa Lapid
Bill & Frank’s 'The Last Of Us' Episode Has Twitter Emotionally Wrecked
By Alyssa Lapid
Melanie Lynskey Plays A “Ruthless Leader” In 'The Last Of Us'
By Brad Witter
Get Even More From Bustle — Sign Up For The Newsletter
From hair trends to relationship advice, our daily newsletter has everything you need to sound like a person who’s on TikTok, even if you aren’t.