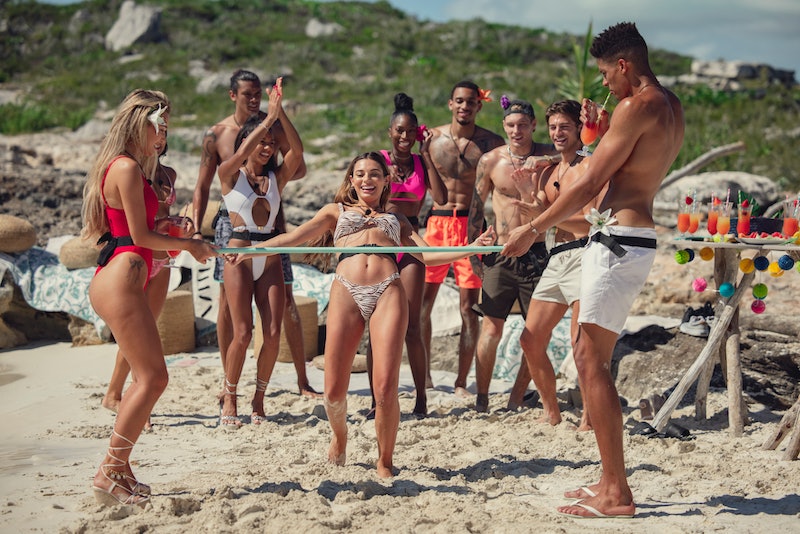 *Ding!* If you’re a fan of Netflix’s Too Hot To Handle, you’re all too familiar with that sound, which alerts contestants to the presence of the all-seeing smart home Lana and reminds them of the rules of the show — no kissing, sex, or even self-gratification. After premiering in 2020, the series has aired three chaotic seasons — including its most recent, which premiered on Jan. 19. Now, Netflix has confirmed Too Hot to Handle will return for Season 4 as well.

The announcement doesn’t come as a surprise. Too Hot to Handle was such a hit after its first season that Netflix renewed it for Seasons 2 and 3 in January 2021. Deadline reported that the second season of the show saw a considerable drop in viewership in comparison to Season 1 — from an estimated 51 million views per household to 29 million. But it’s possible that the viewership numbers from the first season were higher than they would have been otherwise, as Too Hot to Handle premiered at the very start of the coronavirus pandemic in April 2020 — when quarantining indoors led many people to watch shows they may not have otherwise streamed. Clearly, enough people still tuned into Season 3 that Netflix thought it was worth bringing back.

Here’s what we know so far about Too Hot To Handle Season 4.

The Too Hot To Handle Season 4 Cast

Too Hot to Handle Season 4 will assumedly feature another crop of attractive single people in their 20s who hail from all across the world (though primarily from the U.S. and UK.). Typically, the cast is not announced until a few weeks before the premiere, so we’ll be waiting some time for more information.

The Too Hot To Handle Season 4 Premiere Date

So far, Too Hot to Handle has aired about one season per year, with Season 1 releasing in April 2020, Season 2 in June 2021, and Season 3 just six months later in January 2022. (Seasons 2 and 3 were filmed back-to-back). Based on that schedule, it’s likely that Season 4 will drop in either late 2022 or early 2023, depending on when the crew begins casting and filming. This post will be updated as more details become available.

More like this
Cherie & Jessey's Relationship Timeline Is As Complicated As It Seems On 'Bling Empire'
By Brad Witter
Emma Addressed All Those Romance Rumors At The 'Selling Sunset' Reunion
By Brad Witter
Will ‘Bling Empire’ Return For Season 3? Here’s What To Know So Far
By Kadin Burnett
G Flip Shared How They Got Romantic With Chrishell Stause & Discussed Babies
By Brad Witter
Get Even More From Bustle — Sign Up For The Newsletter