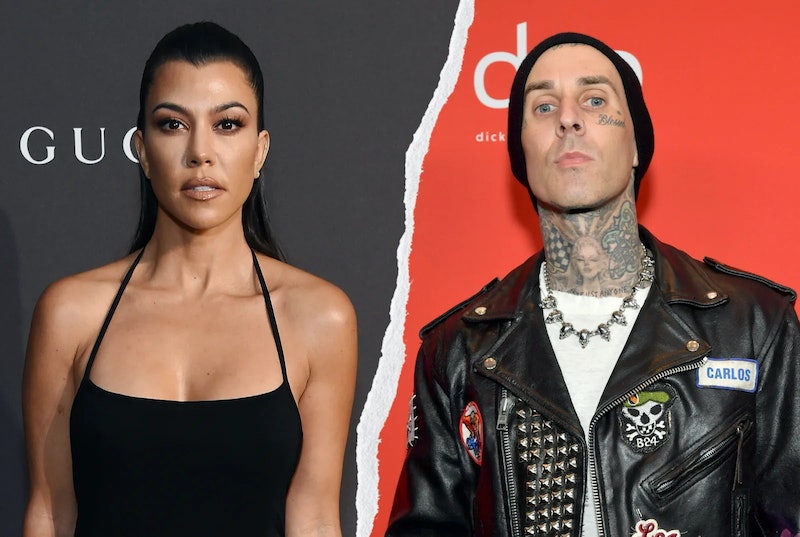 It seems that Kourtney Kardashian and Travis Barker’s relationship is more serious than anyone ever realized. According to People, the Blink-182 drummer got the reality star’s name permanently tattooed on his body, right above his left nipple. In the photos shared by the outlet, the 41-year-old Poosh founder’s name appears in cursive on top of some of Barker’s previous ink.

Those who’ve been keeping up-to-date on this couple’s relationship already know that this may not be the first tattoo Barker has gotten in his girlfriend’s honor. In late March, the 45-year-old father of two shared a photo of some new ink on his upper thigh. The tattoo is a reference to Quentin Tarantino’s movie True Romance, which reads, “You’re so cool.”

Based on Kardashian and Barker’s past social media history, it’s clear that this particular Tarantino flick holds special meaning for the pair. In January, weeks before their relationship was even confirmed, Kardashian posted a still from True Romance on her Instagram feed, which she captioned with a red heart. This was ultimately one of many signs that the two, who had only been together for short time at that point, were getting pretty serious.

People confirmed the couple’s relationship in a report published on Jan. 24. “They've been dating for about a month or two,” an insider told the outlet, adding that “Travis has liked her for a while.” On Feb. 17, Kardashian confirmed their romance herself when she shared a photo of them holding hands on Instagram. Barker, for his part, reposted the photo to his Story and dropped a heart emoji in the comments. Then, in early March, he gushed over his girlfriend during an interview on The Drew Barrymore Show.

When Barrymore inquired about Barker’s love life and asked if he prefers dating women with children, he answered honestly. “I've done both up until now,” he revealed, adding that dating women without children has been a challenge in the past because he couldn’t give those relationships the time and attention they needed. “Now I'm spending time with a woman who's a great mom, who’s a great friend, and you don't have to worry about any of those things. It just comes natural, it's like a maturity thing.”

The pair’s latest adventure was a joint family ski trip, and in a TikTok shared by Barker’s 15-year-old daughter Alabama, Kardashian officially referred to the drummer as her “boyfriend.” Then, on April 5, Barker shared a carousel of videos from their trip on his Instagram feed, which included footage of the couple embracing and going tubing down a snowy hill together. “Real is rare,” he wrote.