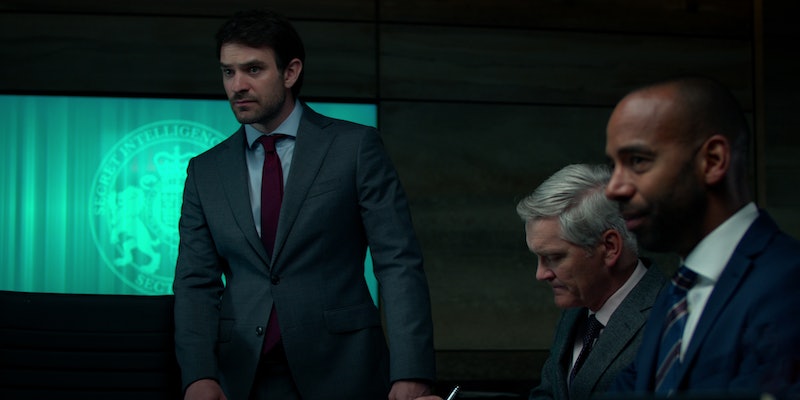 Though it’s still yet to air for the first time, anticipation is already pretty high for Netflix’s mysterious new thriller Treason, starring Marvel and Daredevil alum Charlie Cox, Game of Thrones’ Oona Chaplin, and Quantum of Solace Bond girl Olga Kurylenko. The streaming service has confirmed that five instalments will land on Netflix from Boxing Day (Dec. 26). But what else do we know about this new series, and will there be a Treason Season 2?

According to Netflix, Treason explores the story of a British spy who becomes entangled with shadowy figures from his past, and finds his entire character and integrity called into question. “Trained and groomed by MI6, Adam Lawrence's (played by Cox) career seems set,” says a Netflix synopsis. “But when the past catches up with him in the form of Kara, a Russian spy with whom he shares a complicated past, he is forced to question everything and everyone in his life.” The show is written by Matt Charman (Bridge of Spies) and directed by Louise Hooper (The Sandman, The Witcher).

“A triangular relationship forms between Kara, Adam and his wife, Maddy; three people who are trying to expose each other's secrets, navigate political and diplomatic relationships, whilst hanging onto their personal lives, and those they love most,” the synopsis teases. The trailer, meanwhile, hints at political corruption, murder attempts, and Adam getting accused of acting as a double agent as he steps up to lead MI6. Intriguing stuff, but will the show actually end for good after just five episodes?

Well, according to Netflix’s description of the upcoming show, Treason is a “limited series” — a term which usually refers to a stand alone, self-contained mini series which reaches a final conclusion. Think along the lines of The Queen’s Gambit, I May Destroy You, or Station Eleven.

Unfortunately, this means the chances of a second season for Treason are relatively low. Though show bosses could always opt for the True Detective approach and return with brand new storylines and characters for future instalments, it would probably be a bit of an outlier.