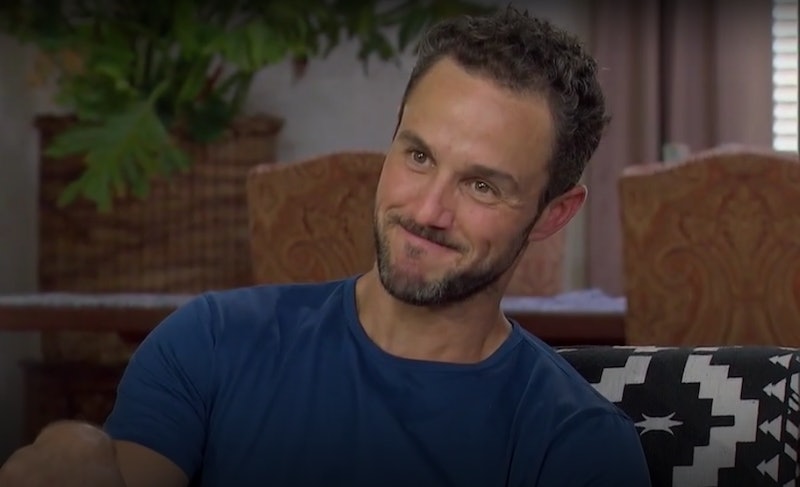 Filming Tayshia's entire season in quarantine had a few upsides (namely: finally seeing the contestants on some sweet, normal dates). But it had plenty of downsides too — including some especially awkward fantasy suite dates. Because the final three — Ivan, Zac and Brendan — were all stuck at the same resort, they were also forced to hang out together in between their dates. And yes, it was just as uncomfortable as it sounds.

"I'm torn between wanting to know how their date went and then being like, 'Wait, no, don't tell me. I don't want to know,'" Brendan said after Ivan returned from his overnight with Tayshia. Meanwhile, after Ivan heard that Tayshia had invited Zac to "explore each other" on their date, he grimaced in a way that everyone watching felt deep into their souls. Despite the fact that the men this season have all been supportive of one another, the three were only able to summon a begrudging "good luck" as they headed out on their respective dates.

Thankfully, fans were ready with plenty of memes and jokes to help lighten the mood during all of those awkward moments:

This is actually not the first time that contestants have had to hang out together the morning after their respective fantasy suite dates; host Chris Harrison admitted that during Peter Weber's season of The Bachelor, producers consciously decided to make his final three women stay in the same hotel suite in Australia. "There are things we do as producers that will force you into this uncomfortable zone and force you into making this decision," he said on the Bachelor Happy Hour podcast at the time. "Yeah, it was tough love, and it was really awkward, and again, in the history of the show, I don’t know if we’ve ever done this."

While that decision was made to try and force Madison Prewett to share her feelings about the fantasy suites with the other women — and thus, Peter himself — it seems like this awkward moment was just the result of having one filming location. Unfortunately for the men — and for everyone watching at home — the awkward moments didn't end with Tayshia's final overnight date, as neither Ivan nor Zac apparently know that Brendan decided to leave the show during his date or that Ben returned to tell Tayshia that he was in love with her. Which means there are still plenty of surprises and awkward moments to come in the finale.

More like this
Bachelorette Gabby Kissed Her New Fiancé On 'Dancing With The Stars'
By Jake Viswanath
Kim Kardashian Reveals Her Response To Kanye’s Fashion Opinions
By Jake Viswanath
Kesha Is Down To Be The Next Bachelorette
By Jake Viswanath
Where Is Former Bachelor Host Chris Harrison Now & What Is His Net Worth?
By Hugh McIntyre
Get Even More From Bustle — Sign Up For The Newsletter