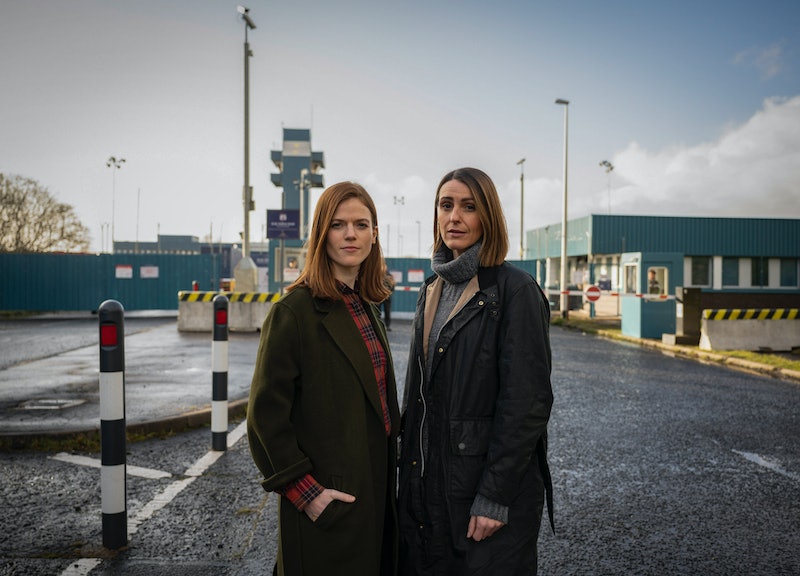 Spoilers ahead for Episodes 1-3 of Vigil. A suspicious death on board a Trident nuclear submarine is at the centre of the BBC’s latest must-watch drama, Vigil. Starring the likes of Suranne Jones, Rose Leslie, and Martin Compston, the six-part series has kept audiences gripped following the show’s debut, becoming the BBC’s most-watched drama of the year so far.

With every new episode, viewers are presented with fresh information that points to several potential suspects surrounding the apparent murder of sailor Craig Burke (Martin Compston), who is found dead onboard the HMS Vigil submarine, and the death of Jade Antoniak, who is found drowned on land in the final minutes of episode two.

During the show’s opening episode, Detective Chief Inspector Amy Silva (Surrane Jones) arrived on board the HMS Vigil submarine to investigate the crew member’s sudden death, and the further we delve into the case, a wider conspiracy surrounding the deaths of Burke and Antoniak becomes more and more apparent. However, some viewers have their own theories as to who might be responsible for their demise — and here are some of the most plausible thus far.

By the end of episode three, which aired on Sunday, Sept. 5, it was established that Burke did not die from a heroin overdose as initially suspected. This revelation came to light when Commander Mark Prentice (Adam James) confessed to planting the drug on Burke’s body to make his death seem like an overdose, after suspecting he may have accidentally killed Burke following a physical altercation.

The confession immediately made Prentice a prime suspect. However, following the discovery of a mysterious stain on Burke’s clothing and the sudden illness of the submarine Engineer Adams (Tom Gill), DCI Silva later concluded that Burke may have been poisoned: and she was right. Although Prentice still very much remains a suspect, the poisoning rules out the theory that Burke died as a result of a fight. So, if not Prentice, who else could be responsible?

Well, one fan theory is that CPO Elliot Glover (Shaun Evans) could have somehow been involved. Due to Glover’s friendlier-than-most nature, this may come as a surprise to many. However, the Chief Petty Officer is consistently in the background of some of the most pivotal scenes and comes as across as a little too nice compared to some of his colleagues — which could be his way of throwing DCI Silva, and indeed the audience, off the scent. Per Entertainment Daily, actor Shaun Evans, who portrays CPO Glover in the BBC drama, previously revealed that his character has “a secret.” Could this be a hint of things to come? We’ll just have to wait and see.

Despite appearing genuinely surprised by Commander Prentice’s earlier admission, another potential suspect to consider according to fans is Commander Neil Newsome (Paterson Joseph). Newsome showed his dedication to protect HMS Vigil when he disclosed his suspicions of an enemy submarine to DCI Silva. As it was established that Burke had been working to expose some of the onboard activity of the submarine, the possibility that Newsome took extreme measures to get rid of Burke to protect the submarine’s integrity should not be ruled out.

By episode three, viewers will be aware that Lieutenant Simon Hadlow has at least some knowledge of the mystery surrounding Burke’s death. Which, in turn, also makes him a potential suspect.

Shortly after it was revealed she had been dating Burke prior to his death, Jade Antoniak is also found dead. Her body is discovered on dry land by DS Kirsten Longacre (Rose Leslie) in the final minutes of episode two.

At the beginning of episode three, Longacre and Detective Superintendent Colin Robertson (Gary Lewis) conclude that Burke and Antoniak’s death are most likely linked and ought to be treated as one investigation.

Although there haven’t yet been any major clues as to who could be responsible for Antoniak’s death, viewers are aware that both Burke and Antoniak had been collaborating to expose the dodgy goings-on onboard HMS Vigil. This might suggest that the pair were killed in an attempt to conceal any information being leaked to the public, and presumably the person responsible holds a high position in the Navy.

Because Antoniak’s death took place on land and Burke’s death occurred underwater on the submarine, it’s clear that just one person couldn’t be responsible for their murders, so fan theories are pointing to a wider conspiracy. Clearly, we’re all hooked.

Vigil continues on Sundays at 9 p.m. on BBC One.