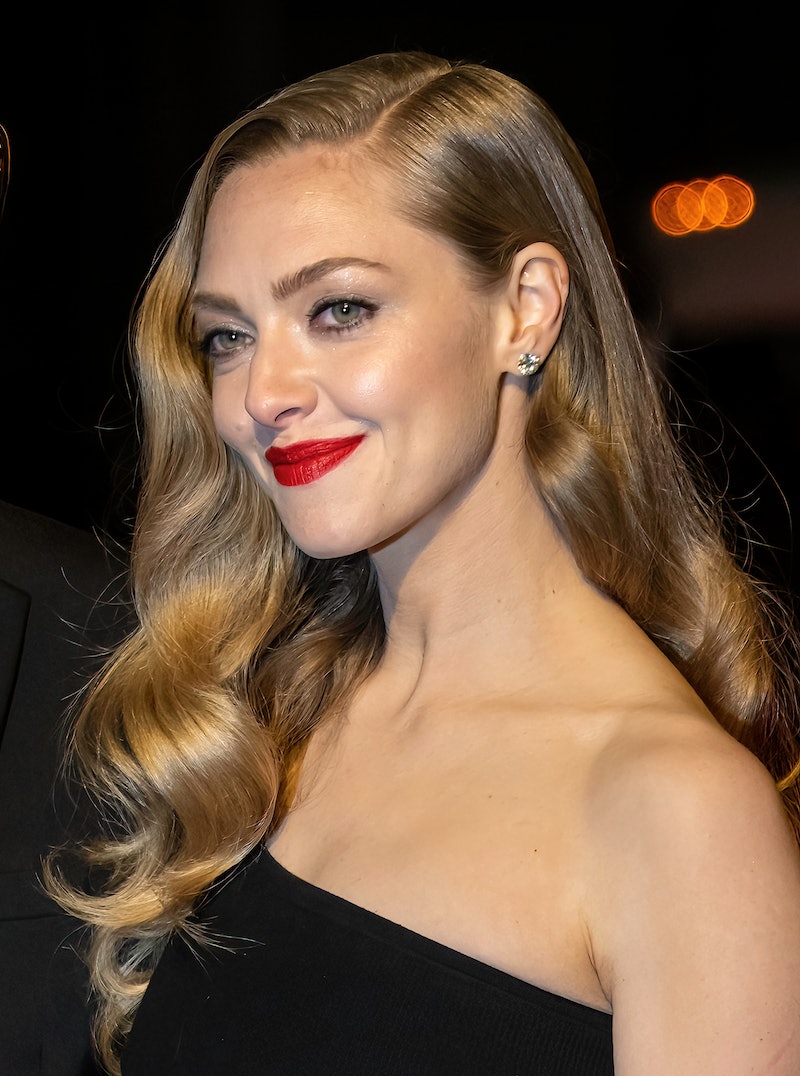 Get ready to hear Amanda Seyfried sing again. On Jan. 10, the Mean Girls star took home the Golden Globe for Best Leading Actress in a Limited Series, Anthology Series, or TV Movie for her role as Elizabeth Holmes in The Dropout. But according to presenters Mo Brings Plenty and Cole Hauser, Seyfried couldn’t accept her award in person because “she’s deep in the process of creating a new musical.” Naturally, fans are wondering about this mysterious project, with some speculating that it could mean Mamma Mia 3 is coming soon. However, given Seyfried’s new comments about the project, it doesn’t look like a sequel is happening just yet.

After the ceremony, Seyfried took to Instagram to accept her Golden Globe win in a video, saying she had been FaceTiming with her Dropout team to celebrate. “It is a true honor to have been a part of that,” she said. The actor went on to confirm that she was creating a new musical, but clarify that it wasn’t Mamma Mia 3, revealing that it was something entirely new for her. “I had to miss it because I am working on something that is magic, and it’s musical, so I’m finally get to do something that I’ve never really done,” she said. “That’s all I really can say about it. Hopefully more soon, but it’s a lot of work. It’s more fun, and it’s been a great night.”

Despite this development, there’s reason to believe that another Mamma Mia! sequel is upon us. In December, Mamma Mia! Here We Go Again director Ol Parker teased that Mamma Mia! 3 may already be in the works, without giving any details. “Judy Craymer, the genius producer behind the musical and the first two films, always plans for it to be a trilogy. That’s all I can say,” she told Screen Rant. “The first one made an enormous amount of money, and I think we made a fair amount too. I know that there is a hunger for a third, and I know that she has a plan. Wouldn’t it be lovely?”

The Emmy winner has repeatedly said she’d love to reprise her role of Sophie, even jokingly saying to Stephen Colbert in April 2021 that she would make eight Mamma Mia! films if she could. “Do you know how fun that is?” she asked. Therefore, it wouldn’t be a surprise if she was heavily involved in creating the sequel, as many fans on Twitter had hoped.

However, in May 2022, Seyfried said there was one snag concerning a third movie — she hadn’t been asked about it yet. “I hope we do another one, but you know, no one’s talking to me,” she told Variety. “I know if you ask any of the others they’ll be like, ‘Sure, but it’s not going to happen.’ But then that’s what we said about the second one, and it was better than the first one!”

If anyone needed even more reasons to make it happen, Seyfried’s musical chops would be even greater in a third movie. In July, she revealed that she auditioned to play Glinda in the upcoming Wicked movies while filming The Dropout. The role went to Ariana Grande, but she said the audition process still made her a better vocalist for the next musical to come her way. “I think it also taught me how far I’ve come as a singer, which I really wanted to prove,” she told Backstage. “Because ever since Les Misérables, I was like, I need to be better. I need to do better. So whatever comes next in terms of musicals, I’m finally prepared.” Whatever this project is, expect Seyfried on her A-game.

More like this
Austin Butler Confirms Vanessa Hudgens Pushed Him To Do 'Elvis'
By Alyssa Lapid
Alicia Silverstone Revives Her 'Clueless' Character In This Super Bowl Commercial
By Jake Viswanath
How Andrea Riseborough Got Nominated — & Almost Disqualified For An Oscar
By Jake Viswanath
Austin Butler Recalls Lisa Marie Presley Showing Him Elvis’ Bedroom
By Jake Viswanath
Get Even More From Bustle — Sign Up For The Newsletter
From hair trends to relationship advice, our daily newsletter has everything you need to sound like a person who’s on TikTok, even if you aren’t.