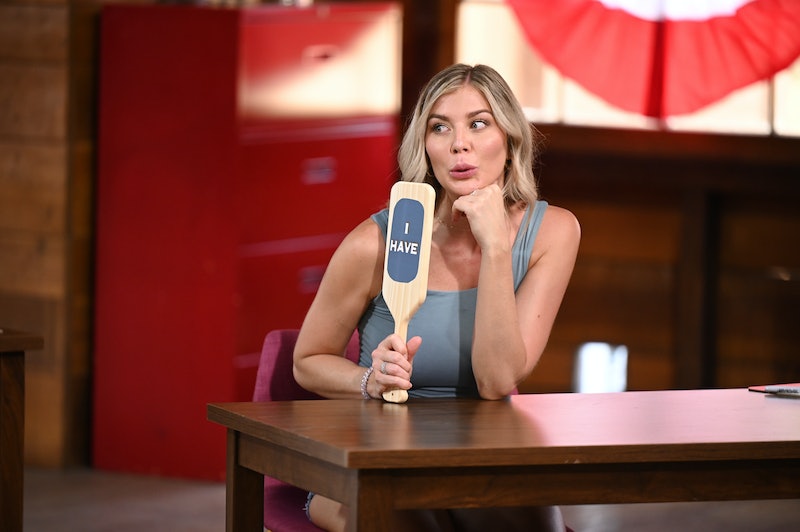 Shanae Ankney wasted little time earning the villain edit on Clayton Echard’s season of The Bachelor. Feeling threatened, the 29-year-old recruiter warned Clayton that her fellow contestant Elizabeth Corrigan was “two-faced” and not to be trusted. A confused Elizabeth thought maybe Shanae was misinterpreting her ADHD — which makes it difficult for her to focus on multiple conversations at once — as rudeness. But instead of trying to reach a level of understanding, Shanae minimized Elizabeth’s diagnosis, continuing to pick fights about things as petty as shrimp, which snowballed into the now infamous #shrimpgate.

Inexplicably, Clayton sent Elizabeth home and kept Shanae, though the Ohio real estate agent’s days on the show are likely numbered. Elizabeth was hardly the only woman in the house who Shanae sparred with, and the results of her two-on-one date with Genevieve Parisi will be revealed during The Bachelor’s Feb. 14 episode. Either way, Clayton has some regrets about how he handled the situation after watching the season back: In a Feb. 1 tweet, he apologized to Elizabeth and said he “would have sent Shanae home immediately” had he known she was making fun her ADHD. The Bachelor also later wrote in a since-deleted tweet that Shanae had destroyed his credibility, per Us Weekly.

Despite the backlash, Shanae has yet to express any remorse for her actions. Instead, she’s poked fun at #shrimpgate in multiple posts on Instagram and TikTok, joking that the episodes had put her “in the mood for shrimp.” One day before her likely elimination, Shanae also uploaded a flippant TikTok about not wanting a “short d*ck man” who makes her apologize, as Clayton did.

The majority of Bachelor fans haven’t found her antics funny. “Dear Bachelor production, While the Shanae shrimp stuff is funny the ease with which she attacks people with neurodevelopmental disorders is not,” one viewer tweeted on Jan. 31. “Let’s end this chapter this season and not continue it in Paradise.”

Many comments on Shanae’s Instagram posts have been much more pointed, with one viewer writing that how she handled herself “in regard to someone else’s mental health” was “absolutely horrific to watch,” and another adding that she should be ashamed of herself for making fun of someone with a disability. Though those replies remain under her older Instagram posts, Shanae appears to have restricted who can comment on her photos since The Bachelor began airing. As such, her most recent posts almost exclusively contain positive feedback.

After Shanae filmed The Bachelor — but before the season premiered — she seemed ready for a fresh start, sharing on Instagram that she’d gotten baptized at the nondenominational Rock City Church in Columbus, Ohio. “Such a special day for me, one of the best days of my life,” she captioned a Nov. 25 photo from the outdoor ceremony. Even under that post, commenters implored her to seek education “on mental health in our society and how serious a topic any diagnosis should be,” with one asking her to “apologize not only to Elizabeth but publicly to everyone watching who [has] ADHD.”

Whether or not she chooses to do so, Shanae will likely have the opportunity to address Elizabeth on ABC’s upcoming Women Tell All special. In the meantime, Shanae appears to still be single: She spent Valentine’s Day weekend riding ATVs with her dad in Sycamore, Ohio. On Jan. 27, she also wrote that she has “some big, big plans” in the works, but hasn’t revealed what they are. Fingers crossed they don’t involve a stint on the next season of Bachelor in Paradise.