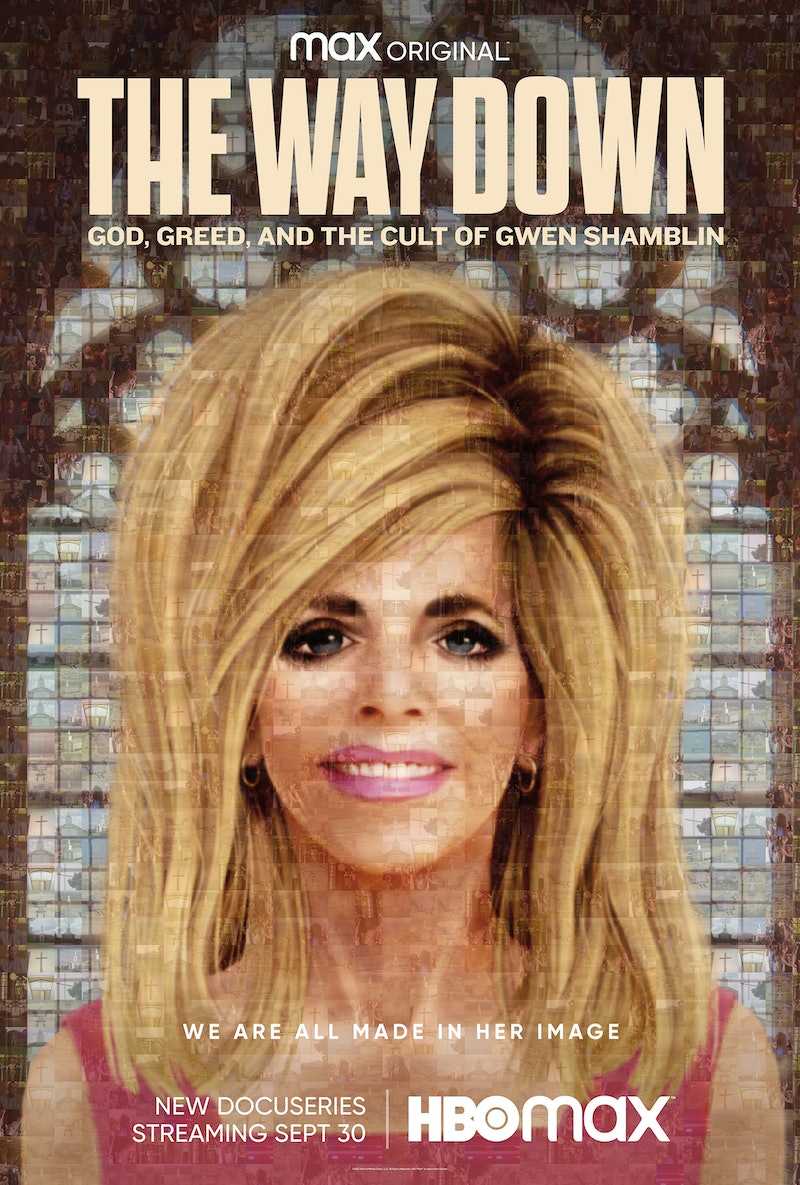 The first three episodes of The Way Down: God, Greed, And The Cult Of Gwen Shamblin premiered on Sept. 30, and its shock ending will likely leave viewers desperate for more. Rest assured, HBO Max has confirmed that new episodes of the show are on the way.

Co-produced by Chrissy Teigen and directed by Emmy-winning filmmaker Marina Zenovich, the five-part docuseries centers around Gwen Shamblin Lara, the creator of a Christian faith-based diet program called the Weigh Down Workshop, and her transformation from dietician to the leader of the controversial Remnant Fellowship Church. The show’s first three episodes cover her rise to notoriety and take a critical look at practices within the church, which include allegations of authoritarianism and child abuse as well as claims that members who wanted to leave were shunned and harassed. (Shamblin Lara denied the accusations and refuted that Remnant is a cult). The third episode ends with the sudden revelation that Lara, her husband Joe Lara, and five other church leaders passed away in a plane crash in May 2021.

Finishing touches were being put on The Way Down at the time of the crash, forcing the show’s team to reconfigure the story. Following Lara’s passing, filmmakers told The New York Times that people who were previously unwilling to speak about the church publicly came forward, as well as family members of those who passed away in the crash who had been skeptical of Remnant’s practices and felt compelled to share their stories.

Part two of the series, which is slated to be released in early 2022, will include two additional episodes that will assumedly cover the crash as well as how the church has moved forward following the passing of its leaders. In the aftermath of the crash, the Remnant Fellowship Church issued a statement that Shamblin Lara’s children, Michael Shamblin and Elizabeth Shamblin Hannah, fully “intend to continue the dream that Gwen Shamblin Lara had of helping people find a relationship with God,” per The Tennessean.

An official premiere date for The Way Down Part 2 has not yet been announced, but this post will be updated as more information becomes available.