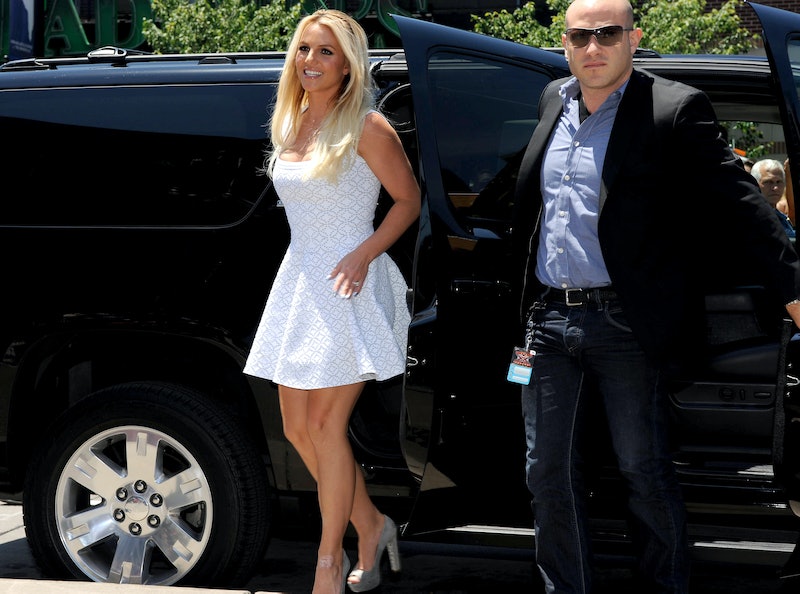 Directed by Samantha Stark, Hulu and FX’s The New York Times Presents: Controlling Britney Spears follows February’s highly-discussed Framing Britney Spears and takes another look at the pop star’s life, career, and conservatorship. In a Sept. 24 interview with Good Morning America, Stark and Times journalist Liz Day explained that Spears’ bombshell June 23 court testimony led several individuals involved in the singer’s career to contact them “to support her story and say, ‘Here’s what I witnessed.’” One key insider who gave new insight is an ex-staff member of Black Box Security, which previously provided the Grammy winner’s bodyguards, including Edan Yemini, the company’s president and Spears’ longtime head of security, who now no longer works for her.

In the documentary, the ex-Black Box employee, Alex Vlasov, claims to have secretly kept a copy of an “extremely sensitive” audio recording that Yemini asked him to delete. “Edan and one of the agents working with him came into my office and handed me the audio recording device and a USB drive and asked me to wipe it,” he said, per GMA. “I had them tell me what was on it. They seemed very nervous and said that it was extremely sensitive, that nobody can ever know about this, and that’s why I need to delete everything on it so there’s no record of it.”

Per the New York Times, Vlasov likened Spears’ situation to that of a prisoner during the documentary, adding, “Security was put in a position to be the prison guards essentially.”

Stark and Day told GMA that shortly after Spears’ father, Jamie, became his daughter’s conservator in 2008, “He was given the authority to hire security for Britney 24/7, and no one really knew what they did. They’d be in the background of photos with Britney, but the level of control and the ways that they monitored and surveilled her, we certainly didn’t know, and I don’t know that anyone ever knew before.”

Yemini declined to answer questions from the Times for the documentary, citing client confidentiality. However, he offered a statement via his lawyer: “Mr. Yemini and Black Box have always conducted themselves within professional, ethical and legal bounds, and they are particularly proud of their work in keeping Ms. Spears safe for many years.”

So where is Yemini now? According to his minimally-detailed LinkedIn profile, he remains president of Black Box Security to this day. During his time as Spears’ head of security, Yemini was recognized by online publications including TomorroWoman as one of “Hollywood’s Hottest Bodyguards.” He was seen in photos with Spears from 2008 through mid-2019, when Radar Online reported that he’d begun working with Kris Jenner. According to the publication, a source close to Spears described Yemini and the Black Box team as “total bad*sses” and claimed that he stopped working for the “...Baby One More Time” icon because she “doesn’t travel like she used to.”

On the heels of Controlling Britney Spears’ debut on Sept. 24, Netflix will release its own Spears-focused documentary, titled Britney vs Spears, directed by Erin Lee Carr (HBO’s Mommy Dead and Dearest). Fans will be looking out to see whether Carr’s film offers further information on Spears’ relationship with Yemini and Black Box Security.