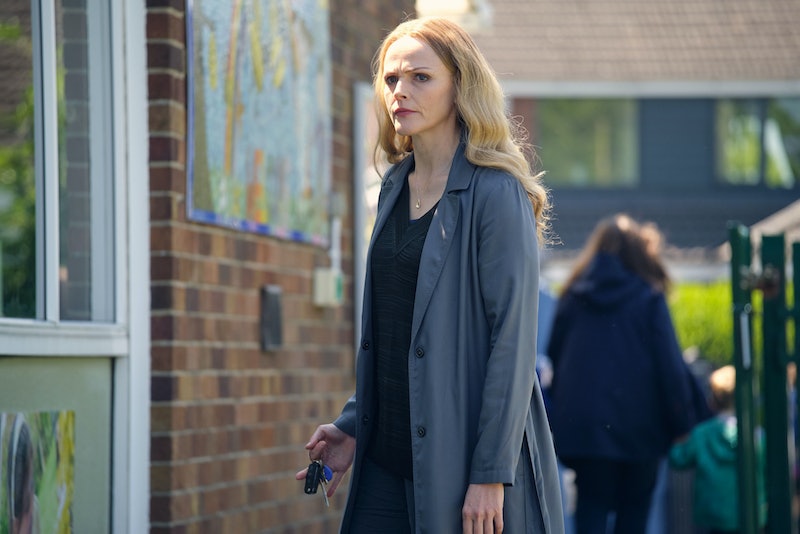 Penned by Ruth Fowler, the BBC’s new drama series, Rules Of The Game, has all the makings of a compelling new British thriller. Loosely inspired by the #MeToo movement, and focuses on a fictional family-run workplace in the North West. But Maxine Peake in particular, who leads the cast in the role of Sam, the cut-throat boss dealing with the company’s murky behaviours, found the filming location particularly convenient.

The four-part series is largely set against a corporate landscape, but the Mancunian actor recently revealed that she lived so close to production she could “walk to the film set.”

For Manc TV fans, there’s another opportunity to play spot-your-local as the new series is filmed in various places across Manchester and the North West. Interestingly, the Northern city has been a frequent setting for hit drama series of late, including Netflix’s The Stranger and the recently released thriller, Stay Close. Similarly, Rules Of Then Game is also expected to take in familiar scenes from the Greater Manchester and Cheshire area.

For those local, you’ll be able to spot Cheshire’s cobbled market town of Frodsham in the series, and the Fujitsu building at Manchester's One Central Park is the home to the fictional sportswear company where all the drama ensues.

For the surburban setting, Rules Of Game’s Sam’s lavish home was revealed to be a 1930s family home in Eccles, per the Manchester Evening News.

"It’s great being up North because I live in Salford, I’m from Bolton originally and then I lived in London for about 12 years and then I came home – I call Salford home," Maxine, 47, told the paper. "My character’s house was a 10 minute walk from where I live, which has never happened to me.”

Peake also revealed filming Rules Of The Game meant she could walk around her area in character.

The Three Girls actor said: "Polling day was great because I could walk to my local polling centre, went in my wig and cast my vote in my scene off. That was a bonus, because a lot of the time you’re away, and after the year we’ve all had, being able to work from home has eased me back into filming after having a bit of a break."

Scenes for the series were also staged in Runcorn and Warrington, according to the Manchester Evening News.

Also starring Sex Education’s Rakhee Thakrar, Rules Of The Game centres on the no-nonsense manager of a family-run company, Sam, who arrives at work one day to find a dead body in her office reception. Following the grim discovery, Sam is forced to reckon with the questionable behaviours of the present, and face up to murderous secrets from the past.

More like this
Adam Ali Hopes 'Waterloo Road' Will “Subvert” Queer Misconceptions
By Sam Ramsden
Winter 'Love Island' Has Its First Bombshell, But There's A *Major* Twist
By Bustle UK
Everything To Know About The 'Daisy Jones & The Six' TV Series
By Maxine Harrison and Brad Witter
Yes, 'The Price Of Glee' Is Available To Watch In The UK
By Catharina Cheung
Get The Very Best Of Bustle/UK
Sign up for Bustle UK's twice-weekly newsletter, featuring the latest must-watch TV, moving personal stories, and expert advice on the hottest viral buys.