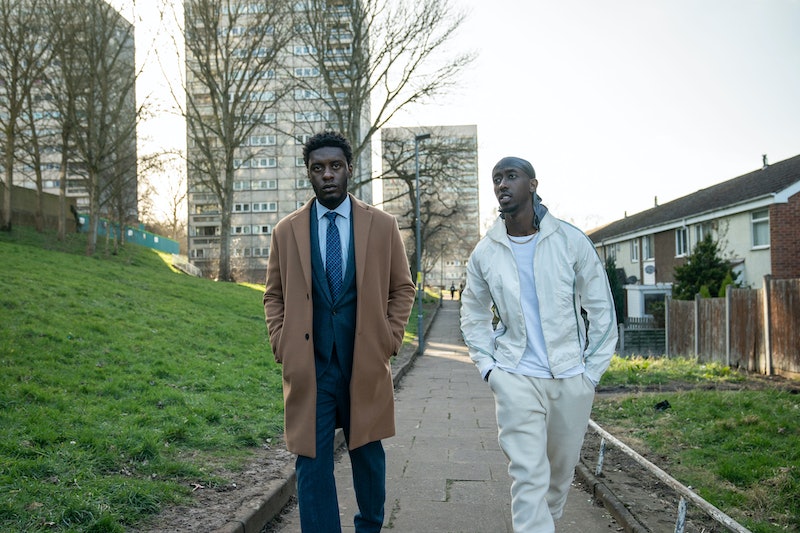 The BBC series You Don’t Know Me, adapted from the Imran Mahmood novel of the same name, will be on our screens soon. Airing for four week on BBC One from Dec. 5, the high-stakes court drama takes us through a twisted social commentary of crime, innocence, and justice. The plot follows the perspective of a young man from South London and the various events that led up to the murder he has been accused of.

The cast is made up of up-and-coming talent, with Samuel Adewunmi (The Last Tree, Angela Black) in the lead role of Hero. He is joined by Sophie Wilde, who plays his love interest Kyra. Other cast members include BAFTA Rising Star winner Bukky Bakray (Rocks), Yetunde Oduwole (Meet The Adebanjos) and Tuwaine Barrett (The Personal History of David Copperfield).

The drama immerses the viewer in the sometimes vibrant and sometimes messy corners of South London, but where exactly was it filmed? Well, contrary to expectations, the majority of the show was actually filmed in Birmingham.

Speaking to the BBC, series producer Jules Hussey said, “Why Birmingham? Having researched a number of cities in the UK, Birmingham is England’s second city and is incredibly diverse. It's huge. The architecture is very similar in many places to London…”

It seems the location worked so perfectly that their original plan for a week of filming in London ended up being cut down to only a few days. Birmingham ended up providing the “Camden streets, tower blocks… and areas” that worked for the show.

Filming at various locations around Birmingham, the show even managed to include a block of flats set for demolition. The tower block in Druids Heath had been all but cleared out when they were filmed as a backdrop in this upcoming series.

Speaking to Birmingham Live, a spokesman for the production company, Snowed-In, said, “The residents in Druids Heath have been brilliant, really helpful and they have welcomed us here.” Other areas they filmed in included, Redditch, Birmingham city centre, and the Nechells.

Hussey was also passionate about positively contributing to Birmingham throughout the course of production. As well as the production company donating to local charities, a training programme was also implemented. In collaboration with Film Birmingham, 10 trainees from underrepresented backgrounds were able to work on the production. She told the BBC, “Film Birmingham, and the BBC specifically, are excited by this. This scheme is unique because it's not reaching out to the usual suspects.”