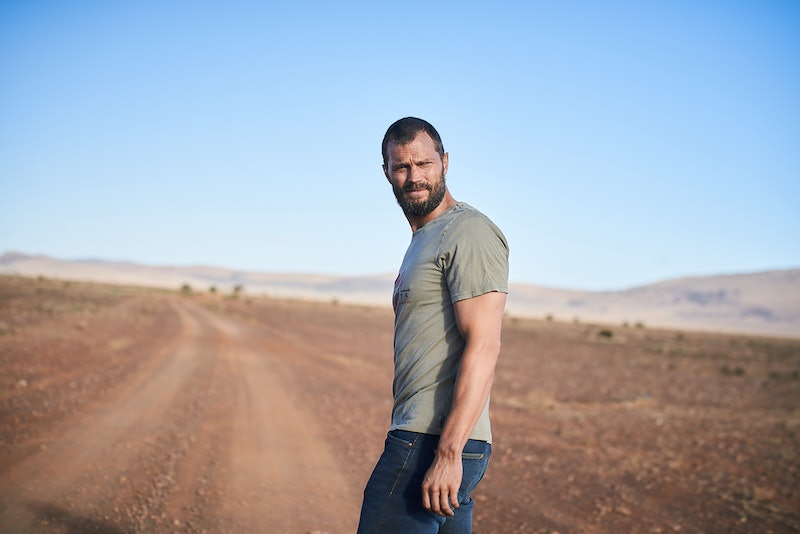 Set to air on New Year’s Day, upcoming thriller The Tourist isn’t your typical BBC drama. The six-part series is “full of shocking, surprising, funny and brutal turns,” where “off-beat black comedy punctuates high-stakes action,” says the BBC. And there’s the epic cinematic shots and a budget to match. But where is The Tourist filmed?

The thriller opens with Jamie Dornan’s character driving a beat-up old car in the vast, scorching Australian backlands, when a tanker truck looms closer in the rear-view mirror. As the lorry begins to speed up to him, Dornan is pushed off the road and a chase ensues across the dusty plains, resulting in an explosive, cinematic crash. And that’s just the first five minutes.

Set against the glowing red outback, the story begins in South Australia, where the series was also filmed. With less strict lockdown restrictions, The Tourist is the latest and largest in a string of projects that Australian streaming platform Stan has filmed in the area. Steven Marshall, Premier of South Australia, said the 17-week long shoot for The Tourist was the biggest television production ever to be made in South Australia and is said to have created over 120 jobs for local cast and crew.

“Securing The Tourist is a real coup for South Australia,” Premier Marshall said at the time, “not only will it create hundreds of local jobs, but it will also put South Australia’s remarkable landscape on show right around the world.”

Whilst the majority of the filming took place in regional areas of South Australia such as Port Augusta, Quorn, Peterborough, and Flinders Ranges National Park, filming also took place in the state’s capital of Adelaide.

The story of The Tourist comes from the acclaimed writers of The Missing, Baptiste and Liar Harry and Jack Williams, who own and run Emmy-winning production company Two Brothers Pictures. Set in a world populated by “quirky, enigmatic characters”, the mystery thriller follows The Man’s (Jamie Dornan) search for his true identity from the dusty outback of Australia, to the white-sand beaches of Bali via the city lights of Singapore.

More like this
Everything To Know About The 'Daisy Jones & The Six' TV Series
By Maxine Harrison and Brad Witter
The Song At The End Of 'The Last Of Us' Ep 1 Has A Deeper Meaning
By Sophie McEvoy
Twitter Is Burning As Phoebe Dynevor Reveals Daphne’s 'Bridgerton' Exit
By Sophie McEvoy
'Boiling Point's TV Sequel Is Set To Deliver A “Rollercoaster Of Emotions”
By Catharina Cheung and Sophie McEvoy
Get The Very Best Of Bustle/UK
Sign up for Bustle UK's twice-weekly newsletter, featuring the latest must-watch TV, moving personal stories, and expert advice on the hottest viral buys.