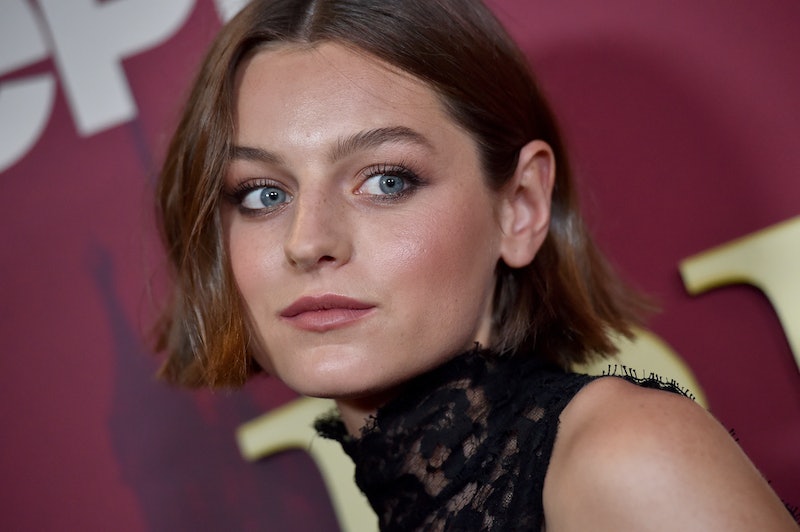 The fourth series of The Crown documented Lady Diana Spencer's meeting and eventual marriage to Charles, along with the births of Prince William and Prince Harry. Taking on the role of Princess Diana was Emma Corrin – truly the breakout star of the series – who starred opposite Olivia Colman (Queen Elizabeth), Tobias Menzies (Prince Philip), and Helena Bonham Carter (Princess Margaret) on the star studded line up. Between the scandalously tense scenes between herself and Josh O’Connor, who plays Prince Charles, and the fact that she’s won a SAG, Golden Globe, and Critics Choice Award for her performance, you’d never know that it’s Corrin's first major role. But how does her own life match up to that of Princess Dianas? Is Emma Corrin dating anyone at the moment?

Not a lot is publicly known about Corrin’s life before being cast in The Crown. However, in the build up to the release of Series 4 last November, the actor was linked to One Direction alum and star-in-his-own-right Harry Styles.

The pair – who reportedly met at one of Styles’ gigs in 2019 – share the same stylist, Harry Lambert, as well as having mutual friends, “so it's quite a nice link between them,” a source told The Sun. “They’re both private people so no one seems to realise they are actually mates.”

But while Corrin, 25, and the “Watermelon Sugar” hitmaker, 27, are getting closer as friends, there is reportedly “nothing romantic” between the pair. Corrin expected her life to change dramatically when The Crown airs this Sunday “so it's nice to have pals like Harry who know how to deal with fame,” per The Sun.

On April 7 she delighted fans as she posted a picture of herself from a photoshoot with Pop magazine. Wearing a wedding dress and vail she captioned it, “ur fave queer bride #POP44 OUT NOW @thepopmag @esther_theaker.” While Corrin didn’t confirm that she was coming out or calling herself queer, as Pink News reports, many of her followers interpreted her post this way. It’s added more curiosity surrounding her relationship status.

Since series four of The Crown aired in Nov. 2020, Corrin established herself as a seriously hot new actor. There’s no doubt that you’re about to see a lot more of her.

She’s previously said that she would rather “navigate” the changes in her life on her own. Corrin told Stella magazine that she doesn’t want a boyfriend because she’d rather “take care” of herself at the moment.

This article was originally published on November 13, 2020