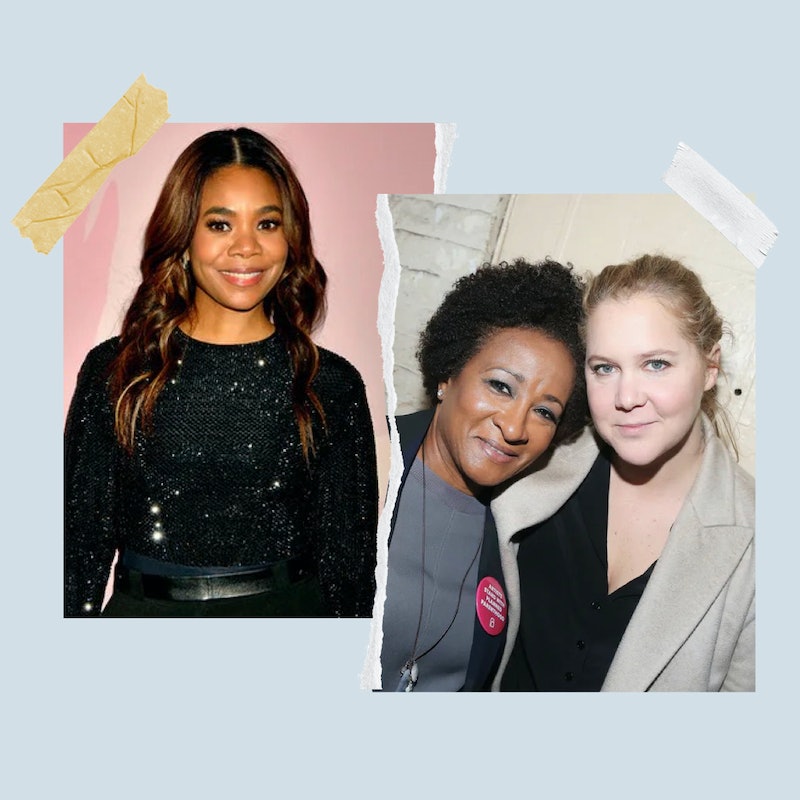 For the first time in three years, the Academy Awards will have a host again for the 2022 ceremony on March 27 — or rather, three of them. Amy Schumer, Regina Hall, and Wanda Sykes are hosting the 2022 Oscars, as the Academy announced on Feb. 15. This will mark the first time in Oscars history that more than one woman will emcee the ceremony. “We want people to get ready to have a good time,” Hall, Schumer, and Sykes said in a statement. “It’s been a while.”

Variety first reported on Feb. 14 that the three comedians were in final talks for the gig, with producer Will Packer planning a three-act structure for the show that would showcase a different pair of hosts each hour, according to Variety. However, Schumer, Hall, and Sykes ended up as the final names remaining attached to the gig. Prior to the announcement, Schumer teased “big fun news comin’” on Instagram on Feb. 13.

This will be the first time hosting the Oscars for Hall, Schumer, and Sykes, and Parker promised even more “surprises” to come in a press release. “This year’s show is all about uniting movie lovers,” he said. “It’s apropos that we’ve lined up three of the most dynamic, hilarious women with very different comedic styles. I know the fun Regina, Amy and Wanda will be having will translate to our audience as well. Expect the unexpected!”

The Oscars have gone without a host since 2018, when Jimmy Kimmel emceed the event. In 2019, Kevin Hart was slated to host the ceremony but stepped down after homophobic tweets from 2009 to 2011 resurfaced. Due to the ensuing controversy, the show went without a host, a move that was received so well that the Academy decided not to book a host for the next two years. But after the 2021 show became the lowest-rated Oscars in history, producers are looking to bring back the gig to build buzz. Now, it looks like three of them are about to sign on for the gig.

Previously, Kim Kardashian’s boyfriend Pete Davidson was rumored to be in talks to host the 2022 Oscars, according to Page Six in January. “His people are talking to producers,” a source told the outlet, adding that the show is looking for a “reset” after 2021’s scaled-down ceremony. According to their report, the Academy was hoping to draw in younger viewers again with Davidson. “He gets a demographic that is hard to get,” the source said. “He is in a good space, his career is doing well and he is on the rise. He is a sex symbol, unlikely, but he is big with a certain generation.”

Prior to the reports of Schumer, Hall, and Sykes, Tom Holland expressed interest in hosting the Oscars to The Hollywood Reporter — after initially saying he wouldn’t have time for it, then calling the outlet back with a change of heart. “I just went to the bathroom and I was looking at myself in the mirror and I was like, ‘What kind of f*cking idiot wouldn’t host the Oscars?’” he explained. “So yeah, if they ask me to, I would, and it would be very fun. I would really enjoy it.”

THR says the Academy has reached out to Holland to explore the possibility, while Deadline reports that Chris Rock, who hosted in 2005 and 2016, and Dwayne “The Rock” Johnson are also on their wishlist. Producers were also floating the possibility of having three stars hosting different portions of the award show, with Only Murders In the Building stars Steve Martin, Martin Short, and Selena Gomez being at the top of their wishlist.

For what it’s worth, the Academy should explore Zendaya as a possibility (with or without her boyfriend and Spider-Man co-star Holland), or even Kardashian co-hosting with Davidson, which would make for the most chaotic award show ever.

More like this
12 Years Ago, Austin Butler Manifested His Oscar Nom In This Disney Movie Scene
By Jake Viswanath
Why Andrea Riseborough Is Confused By Her Oscar Nomination For Best Actress
By Jake Viswanath
2023 Oscar Nominations List: 'Everything Everywhere All At Once' Leads With 11 Nods
By Jake Viswanath
North West Will Make Her Acting Debut Alongside Mom Kim Kardashian
By Radhika Menon
Get Even More From Bustle — Sign Up For The Newsletter
From hair trends to relationship advice, our daily newsletter has everything you need to sound like a person who’s on TikTok, even if you aren’t.