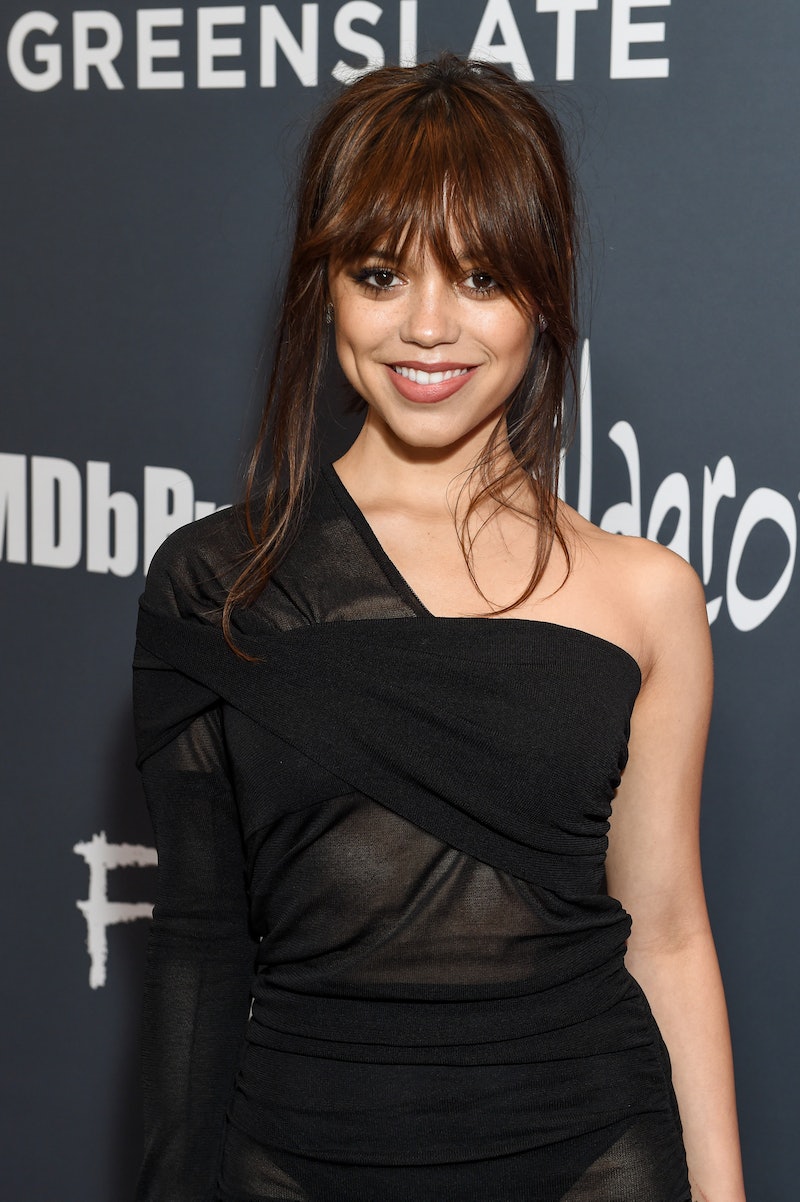 There’s a lot to love about Jenna Ortega’s latest role. In Netflix’s chart-topping Wednesday, a macabre murder mystery spinoff of The Addams Family, Ortega stars as the titular Addams with her heart in the right place. Wednesday is quotable, a goth beauty and style icon, and a certified trendsetter, with everyone from Lady Gaga to North West recreating her viral Rave’N dance on TikTok.

Aside from her superior sleuthing skills, at some point, Wednesday’s mysterious (sometimes sadistic) ways even land her in the center of a love triangle (sort of). Though after one of her suitors is revealed to be a monster, she ends the season sans beau. Ortega’s kooky onscreen counterpart may push dating low on her agenda, viewers are left wondering if the Jane the Virgin alum is dating anyone IRL. So who is Jenna Ortega dating?

It seems as though, like Wednesday, the 20-year-old is also currently single. There have been murmurs of potential boyfriends in the past but none were ever confirmed. In October 2018, Ortega was linked to Shazam! actor Asher Angel after they attended the Venom premiere together. Rumors swirled even more after the pair attended Just Jared's 7th Annual Halloween Party together as then-engaged couple Ariana Grande and Pete Davidson. Neither of them made comments.

Prior to Angel, she was also rumored to be dating singer Jacob Sartorius in 2017 after she appeared as his lip-locking love interest in his “Chapstick” music video. She was also briefly linked to her onscreen brother in Stuck in the Middle, Isaak Presley, while they were filming the Disney show.

For years, Ortega didn’t comment on the growing interest in her love life. But in a February 2019 episode of the Just Between Us podcast, hosted by Bailee Madison and Kaitlin Vilasuso, the You alum finally addressed the rumors. “According to the internet, I dated like six guys, [but I] dated none of them,” she said, effectively nipping all previous speculations in the bud.

Ortega has been private and lowkey since. Even her celebrity crushes haven’t been shared anywhere save for a significant one she had as a kid. “When I was younger, Barack Obama was my first crush,” Ortega admitted on the 20 Questions: On Deadline podcast on Nov. 28. “I was obsessed with him. I watched the inauguration with goo-goo eyes on my face.” Her admiration even extended to writing letters to the former president, though he never replied.

While it seems like the 20-year-old is currently single, she does have a “wife” — at least a work one. In an interview for TV Insider, Ortega gushed over co-star Gwendoline Christie, who plays Principal Larissa Weems on the show. “Thank you very much, woman. My woman. I love you,” Ortega told the Game of Thrones star after the latter handed her the mic. “Sorry, that might be disrespectful, but that is my nickname for her, because she’s my wife,” Ortega later added.

While Ortega keeps mum about her own dating life, she does have thoughts on who Wednesday should be with — and it’s neither of her potential love interests in Season 1. Ortega reportedly told PRIDE during an event that she thinks Wednesday is in a relationship with her pastel-loving werewolf roommate Enid (Emma Myers). Ortega said, “In a perfect world, we would have been a thing.”