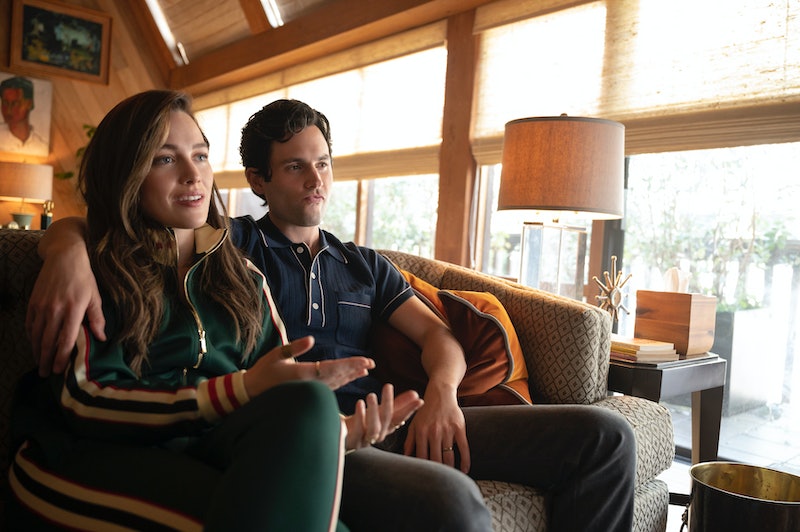 After the first season of Netflix’s controversial drama YOU, fans thought no one could be more creepy, alarming, or downright scary than central character Joe Goldberg, a stalker and serial murderer played by Gossip Girl star Penn Badgley. Enter Victoria Pedretti, who plays the object of Joe’s obsessions, Love Quinn, in Season 2. At first, Love seems like she’ll simply be yet another one of his poor victims, but viewers quickly learn that she has an obsessive murderous streak of her own, making for what may be the world’s most toxic relationship.

Pedretti’s enthralling and stomach-turning role has fans wondering if Pedretti is dating anyone in real life. Pedretti’s offscreen love life is much less disturbing — if it even exists. The star’s dating history is virtually unknown, given her relative lack of social media presence and scant media report. While Pedretti does have an Instagram account with more than a million followers, she’s never posted anything to her feed. She uses Instagram Stories to update her page, which doesn’t give a big enough glimpse of her personal life for fans to figure out if she’s even dating anyone. Additionally, Pedretti has yet to walk the red carpet or attend a public event with a partner.

For fans hoping that she’ll end up with Joe Goldberg in real life, Badgley is happily married to singer and doula Domino Kirke, with whom he welcomed a son in 2020. However, some fans think that she could be dating another YOU co-star. According to an unverified tip emailed to Instagram gossip account DeuxMoi, Pedretti is dating Dylan Arnold, who plays Theo on YOU Season 3.

However, in a follow-up post, another DeuxMoi follower said Pedretti had just left a long-term relationship and was only getting to know Arnold, not officially dating him. DeuxMoi has since posted conflicting stories about their dating status, so take it all with a huge grain of salt.

Given how Pedretti keeps her private life very private, it’s unlikely that she’ll confirm either way, but she may be too busy to be dating right now anyways. Aside from reprising her role as Love on YOU Season 3, Pedretti recently finished promoting her other hit Netflix show, the second installment of the Haunting anthology series entitled The Haunting of Bly Manor, where she took on a new role of protagonist Dani Clayton. She even won an MTV Movie & TV Award for Most Frightened Performance. Additionally, she recently appeared in Kacey Musgraves’ new album film star-crossed, playing one of the singer’s glamorous scammer friends who help her rob a bridal shop (sounds like a Tuesday for Love Quinn).

Next, Pedretti will portray The Loving Bones author Alice Sebold in Lucky, the film adaptation of Sebold’s 1999 memoir. As per Variety, the film will focus on Sebold as a college student, when she was raped and beaten by a stranger in a tunnel, and depict how that traumatic incident shaped the rest of her life. While it’s unclear whether Pedretti will return for YOU Season 4, as casting has yet to be announced, it is clear that Pedretti has a lot of intense acting work ahead of her, and she might be focused on that instead of dating.

More like this
Michael B. Jordan Tackled His "Public Breakup" With Lori Harvey On 'SNL'
By Brad Witter
Ashton Kutcher Wants Danny Masterson “To Be Found Innocent” In Rape Retrial
By Jake Viswanath
Who Is Pete Davidson Dating? He & Chase Sui Wonders Got Caught Kissing
By Jake Viswanath
Here’s Everything Coming To & Leaving Netflix In February
By Jake Viswanath
Get Even More From Bustle — Sign Up For The Newsletter
From hair trends to relationship advice, our daily newsletter has everything you need to sound like a person who’s on TikTok, even if you aren’t.