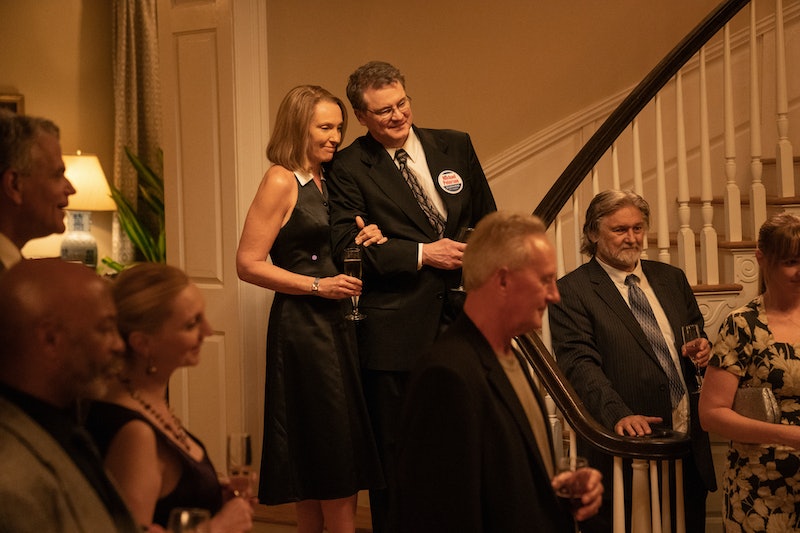 On May 5, HBO Max turned its eye to 1810 Cedar Street in Durham, North Carolina. If that address sounds familiar to you, it’s probably because you know the grisly history contained within its walls. On Dec. 9, 2001, novelist Michael Peterson found his wife, Kathleen, dead at the bottom of the back staircase. After a stir in the local community, a 2004 true crime documentary titled The Staircase investigated the events leading to Kathleen Peterson’s death and the subsequent murder trial. Netflix acquired the series in 2018, once again reigniting fascination around the case. However, despite the house’s dark history, it remains occupied.

The home was originally built in 1940 by architect George Watts Carr, who constructed the house for a wealthy businessman by the name of John Adams Buchanan. Located in the Forest Hills neighborhood of Durham, the house boasts a patio with an outdoor fireplace, a library, a game room, five bedrooms, and five-and-a-half bathrooms, not to mention the pool where Michael claimed to be during what he alleged was his wife’s accidental fall down the stairs. The couple originally moved into the home in 1997, four years before the incident.

Shortly after the tragedy, Peterson allowed French documentary filmmaker Jean-Xavier de Lestrade to conduct interviews with him, his kids, and his attorneys, most of which took place in the Peterson household. Much of that footage would be used for the construction of the original Staircase documentary. Subsequent chapters were filmed after the house was sold.

In 2003, Peterson was convicted of Kathleen’s murder and sentenced to life without parole. He was granted a new trial in 2011 on the grounds that the prosecution had delivered misleading testimony. Instead of facing a new trial in 2017, Peterson instead opted for an Alford Plea for voluntary manslaughter. This type of plea allows the accused to maintain their innocence while also acknowledging that the prosecution likely has sufficient evidence to convict. Peterson could have been sentenced to 64 to 86 months in prison, but the judge acknowledged the 89 months he’d already been incarcerated, and thus, Peterson was made a free man.

Throughout the entire tragic ordeal, the Peterson home remained occupied. However, Michael Peterson himself didn’t return home after his release. The Cedar Street colonial was purchased by a local couple, one of whom was Jason Balius, a former co-owner of the Mad Hatter Bakeshop in Durham, for $640,000 in 2004, per WRAL News. The couple renovated and resold the house to a New York psychic medium by the name of Biond Fury for $1.3 million in 2008. In 2018, Fury launched a GoFundMe campaign to help him pay for his own repairs, only to later list the home at a price of $1.9 million in 2020.

As of 2022, it’s hard to say exactly who occupies the Petersons’ former home. Both Zillow and Redfin show the house was sold on Aug. 8, 2020 for $1.6 million dollars. Currently, Redfin estimates the home is worth just north of $2.3 million, whereas Zillow assesses the home at $3.3 million. According to the house’s current Zillow description, the 9,500-square-foot house sits on 3.5 acres, stands behind wrought iron gates, and is complete with stonewall walkways. It still sports its grand staircase, library and game room, as well as its pool. Among the 19 total rooms, there are five bedrooms and six bathrooms, along with a brick patio, slate patio, and both upper and lower galleries. The occupants of the home are not known; however, as HBO Max’s series unfolds, more information may come to light.

More like this
George R.R. Martin Teased That ‘House Of The Dragon’ Is Inspired By The Anarchy
By Grace Wehniainen and Kadin Burnett
Everything To Know About The HBO Max & Discovery+ Streaming Service Merger
By Brad Witter
Every Horror Movie Reference In The 'PLL: Original Sin' Premiere
By Alyssa Lapid
An Ultimate Guide To The Music Of 'Rap Sh!t'
By Brad Witter
Get Even More From Bustle — Sign Up For The Newsletter