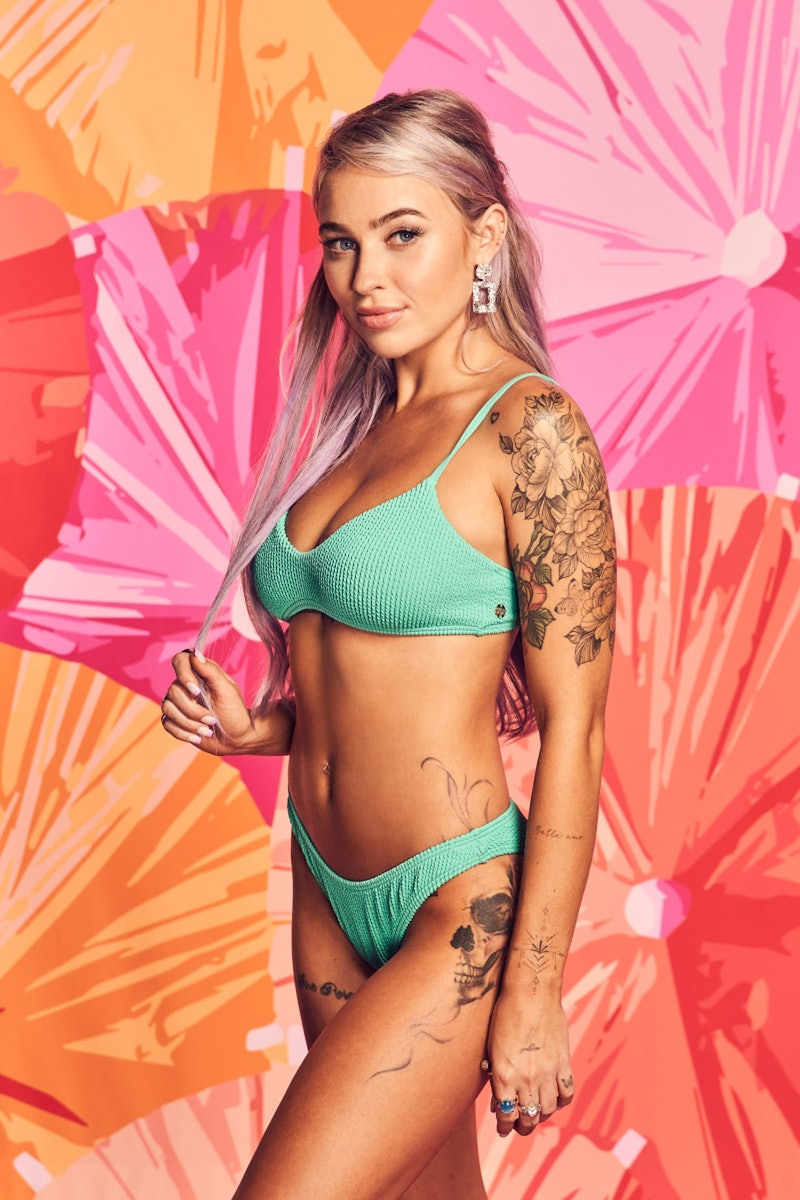 Leslie Golden entered the Love Island US villa last week through the show’s classic Casa Amor twist, and this week she unexpectedly and swiftly exited the competition without explanation. She’s the latest islander to disappear from the show’s cast: Slade Parker recently left Love Island due to unspecified family issues, and fellow Casa Amor addition Tony Caraballo, aka “Ballo,” departed the villa before the twist even began due to controversial social media posts that resurfaced after his casting announcement. Taking to Instagram on Aug. 1, Leslie said that her sudden, barely-addressed exit was simply due to “personal reasons.” But fans had other suspicions for the reasons behind her leaving, which she touched on in a series of IG Stories.

One fan alleged Leslie’s departure was connected to her onscreen drama with fellow islander Shannon St. Clair in Episode 18, but she quickly squashed the rumor. “No no no, completely unrelated to the drama I swear! I know how it seems, but I have no beef with anyone there,” she wrote in response to a question on Instagram. As for why CBS appeared to gloss over her exit, Leslie continued, “I honestly have no idea why they did that. Maybe to not pull focus from the people who are actually in the villa.”

Determined to receive further insight, Leslie’s followers kept asking for more details on her exit from Love Island US. On Aug. 2, she offered some more info in response to the question: “Will you ever reveal why you left?” Noting that the reason is “already starting to come out,” she said, “I would love to say it. I think it's hilarious. I think it's a really dumb reason. Again, very on-brand for me. However, what I did was a little illegal.” A few Instagram story posts later, Leslie shared a video of her using a vape pen. “Are y’all catching my drift or nah,” she captioned the photo.

Replying to a fan who asked about her overall experience on the show, Leslie said she holds “no regrets” as it was “one of the best experiences of [her] life.” Noting that she didn’t find her “person” on the island, she wrote, “I’m still so grateful I got to connect with everyone in there.” Another fan asked about her “biggest learning takeaway,” to which she replied: “To just be myself, and to learn when to stop taking on other people’s problems.”

More like this
Zach Swears He Didn’t Look Up Contestants Before The Bachelor Began Filming
By Brad Witter
The Bachelor’s Christina Mandrell Comes From One Of Country Music’s Most Famous Families
By Brad Witter
Molly-Mae & Tommy Fury Revealed Their Baby Girl's "Really Unusual" Name
By Sophie McEvoy and Sam Ramsden
'RHOP' Stars Robyn & Juan Reportedly Got Remarried & Filmed The Ceremony
By Brad Witter
Get Even More From Bustle — Sign Up For The Newsletter
From hair trends to relationship advice, our daily newsletter has everything you need to sound like a person who’s on TikTok, even if you aren’t.

This article was originally published on Aug. 2, 2021