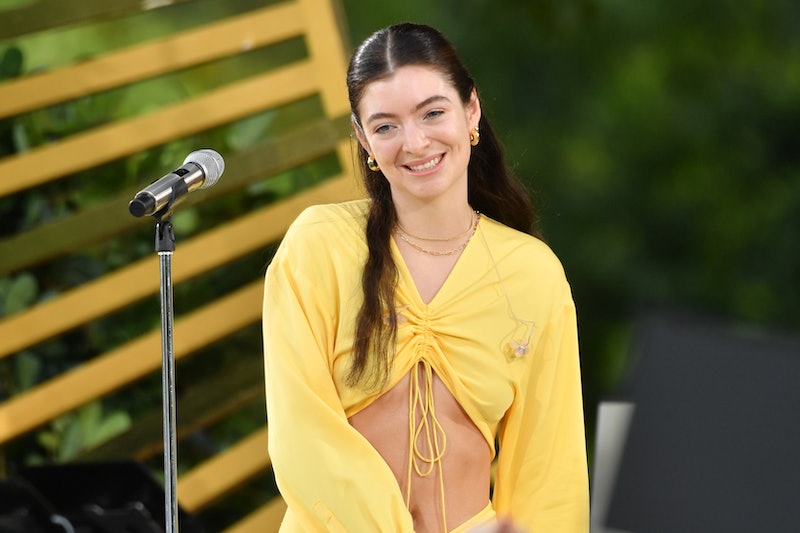 From Olivia Rodrigo to Lil Nas X, the 2021 MTV Video Music Awards were always destined to deliver some truly memorable performances. Fresh off the release of her third album Solar Power, Lorde’s was among the most anticipated for the Sept. 12 show. Unfortunately, her performance was suddenly canceled, the VMAs announced via Twitter on Sept. 3. “Due to a change in production elements, Lorde can no longer perform at this year’s show,” the tweet read. “We love Lorde and cannot wait for her to perform on the VMA stage in the future!”

Why the change? Fans were left wondering, especially given Lorde’s history of powering through not-so-perfect conditions at the VMAs. A brief history: Lorde’s last performance at the VMAs was in 2017, just after the release of her critically acclaimed album Melodrama. Her live rendition of “Homemade Dynamite” was a much-talked-about part of the evening because Lorde was sick with the flu at the time and opted to dance to a recording of the song instead of singing through her illness.

Four years later, of course, things have changed — the days of casually showing up to work, school, or the VMAs stage with so much as a sniffle are gone. And while Lorde herself seems to be completely healthy, COVID does have something to do with the performance cancellation. As People reported, Lorde explained the situation in a newsletter.

“I saw some people were very concerned about me pulling out of the VMAs, you're so sweet,” she wrote. “I'm totally fine! It's just that we were planning this insanely amazing many-bodied intimate dance performance, not fully understanding the (very necessary!) safety protocols that are in place, and the masking and distancing just meant it wasn't gonna be what I dreamed, and you know I can't make something less than outstanding for you guys."

Even though Lorde won’t perform at the VMAs this time around, she promised she would eventually grace TV screens again. “I hope you understand,” she continued in her message. “There will be many more TV performances, don't you worry.” (Could a return to the Saturday Night Live stage be near?)

In the meantime, if you’re pining for more Lorde content to make up for the VMAs news, the singer has you covered. In addition to the innovative, CD-less rollout of her latest album, Lorde also just dropped an EP called Te Ao Mārama on Sept. 9. The release features five songs from Solar Power sung in te reo Māori, which is the indigenous language spoken by the Māori people.

“I know I’m someone who represents New Zealand globally in a way,” Lorde explained in an email shared by the New Zealand Music Commission, “and in making an album about where I’m from, it was important to me to be able to say: this makes us who we are down here. It’s also just a crazy beautiful language — I loved singing in it.”