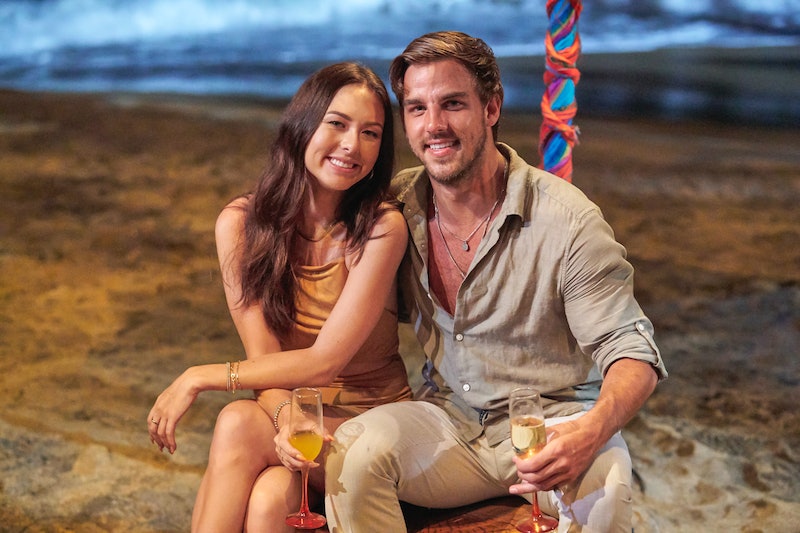 After being awarded “Most Likely to Live Happily Ever After” at the Bachelor in Paradise prom, Abigail Heringer and Noah Erb broke up. Didn’t see that coming? Neither did Abigail, but here’s what caused one of the strongest couples on the show to split up for a short period of time.

Their budding romance formed at the beginning of the season, and Noah finally confessed his feelings for her early in the three-hour-long penultimate episode on Sept. 28. “I’m definitely falling in love with you, and I could see it working in the real world,” he told her, adding that he had “very strong” feelings for her. She, however, met his revelation with silence.

Abigail’s reaction didn’t sit right with Noah, and he eventually told her it was a “red flag” because she didn’t match his vulnerability. Still, he asked her to attend the ’80s-themed prom with him — only to break up with her later that night.

After Noah pulled her aside to talk in private, he told her, “I’ve been trying to force something that I want when deep down I don’t know if you’re my person.” Abigail responded that she’s never been “this blindsided before” while taking off her corsage.

The tail end of that conversation continued during the season finale. Abigail finally acquiesced, “You’re not my person.” After an awkward hug, Noah immediately left Paradise, and in the car ride home, he said, “Looking back, I don’t regret trying to make it work. I did everything I could.” Meanwhile, Abigail went back to prom to say her tearful goodbyes. “He gets to walk out of here without facing any of you guys,” she told Mari, Serena, and Chelsea, adding, “I just feel, like, humiliated.” On the way home, Abigail said, “What hurts the most is he was the one who said he was falling in love.”

Their break was just be temporary, though. On Oct. 1, blogger Reality Steve tweeted that the two were spotted at a coffee shop in Tulsa, Oklahoma, signaling that they’ve resolved their issues post-filming. And at the very end of the BiP finale, ABC confirmed they’re still going strong.

Abigail was recently swept up in more Bachelor Nation drama. After Instagram gossip account Deuxmoi alleged someone from BiP hooked up with a recent Bachelor or Bachelorette winner, Clare Crawley took to Instagram to speak about her breakup with Dale Moss, tagging Abigail on her post for a hot minute. Fans, having eyes, noticed and assumed that the blind item tip was about Abigail and Dale.

Abigail and Noah, for the most part, seem unfazed. On Oct. 4, Noah posted a video saying there’s “interesting stuff swirling around,” seemingly addressing the rumors while someone who sounds a lot like Abigail laughs in the background.

More like this
Everything To Know About 'RHONY' Season 14
By Jake Viswanath, Alyssa Lapid and Brad Witter
Hannah Ann Got Engaged 3 Years After 'The Bachelor' & The Proposal Was Dreamy
By Grace Wehniainen
Zach Reveals The Chaotic 30 Minutes That Were Cut From ‘The Bachelor’ Premiere
By Grace Wehniainen
Twitter Thinks This Is The Real Reason Zach Sent Christina Home On 'The Bachelor'
By Grace Wehniainen
Get Even More From Bustle — Sign Up For The Newsletter
From hair trends to relationship advice, our daily newsletter has everything you need to sound like a person who’s on TikTok, even if you aren’t.