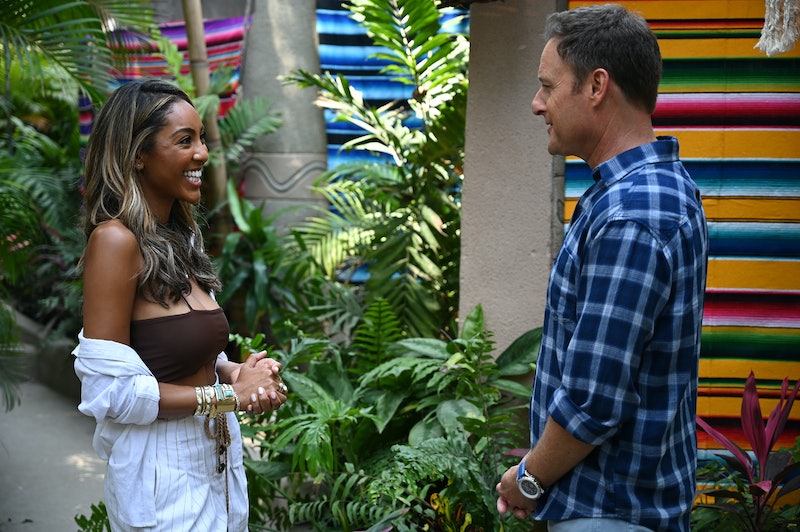 With the coronavirus pandemic still raging on, everyone is looking for a sense of normalcy — and Bachelor Nation is happy to provide. During a new interview with Variety, executive Rob Mills said that ABC is "very confident" that Bachelor in Paradise will happen this summer after having to cancel filming in 2020 due to the pandemic. "We are hell-bent on figuring out how we make Paradise work," Mills, the senior vice president of entertainment, told the outlet. "Unless something horrendous happens, I feel very confident that Paradise is coming back on this summer."

While ABC is determined to bring the reality series back, Mills admitted that they are unsure about "how and where" it will come together. Paradise usually films every summer after new seasons of both The Bachelor and The Bachelorette. However, the franchise only figured out how to film in COVID-safe "bubble" this past July and August with Clare Crawley and Tayshia Adams' season. (Matt James' season of The Bachelor, which is currently airing, filmed in September.)

Now that producers have figured out how to film the reality show safely, they feel confident that production on Paradise can move forward, even if it means finding a new beach to film on. "We will figure out something — I never know what will happen, but I feel very confident in saying that you will get Bachelor in Paradise next season," Mills explained. "We will do what we can to get it done."

While the BiP cast has not yet been announced, there will potentially be four seasons worth of contestants to choose from for the 2021 season of Paradise — Peter Weber's, Clare and Tayshia's, Matt's and the next Bachelorette season. While fans have already begun advocating for their favorites to appear on the beach this summer, host Chris Harrison explained that having so many potential "paradisians" to choose from may make things more complicated for producers.

"Obviously, we didn't shoot last summer, so now we are going to have multiple seasons, it's going to be a murderers' row of choices of people," Harrison told Us Weekly back in November. "I mean, I hate to say this, but there's going to be people left on the bench that we love just because you can only have so many people on that beach."

According to Mills, producers aren't just interested in bringing back contestants who were unlucky in love. "I like the idea of Peter [Weber] in Paradise," the executive said on the Jan. 5 episode of the Bachelor Party podcast about potentially casting the newly single Bachelor. "I wanna say — and I could be wrong here — but I'm almost positive I remember this: there were discussions about [former Bachelor] Chris Soules and some stuff happened. But I like the idea of Peter in Paradise."

In addition to considering all of their options for the next season of Paradise, Mills told Variety that the network is looking into other potential spinoffs now that they have mastered filming amid the coronavirus. "The other thing we want to get serious about revisiting is the older Bachelor spinoff," he said, referring to the senior citizen-focused show that made headlines in 2020. "Part of the problem was that during the whole year of the pandemic, obviously the most at-risk group was older citizens. Now, the fact that we've found a way to shoot in a bubble, if we have to do it in a bubble, we would be able to figure that out."