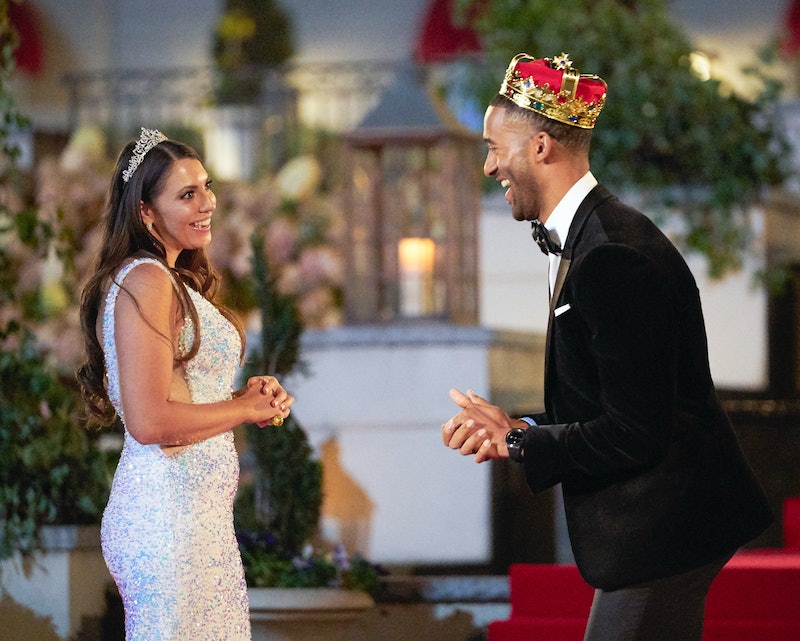 The Bachelor loves a good villain, which is why it may not be the end of Queen Victoria's reign on the franchise. After Matt James eliminated her from his season, ABC executive Robert Mills hinted we might see Victoria on Bachelor in Paradise this summer.

"There's always a story for how somebody became that way," Mills said on Nick Viall's podcast of Victoria's antagonistic behavior, which was so over-the-top that some viewers came to believe she was an actor hired by ABC (she wasn't). "I'm very curious about it, so maybe it's something we'll have Chris [Harrison] ask about or on Paradise," Mills continued. "She has a way of dealing with women that is interesting."

However, that interview took place in early January, and the dialogue surrounding the franchise has changed a lot since then. Following Rachael Kirkconnell's racism controversy and Chris Harrison's widely criticized interview with Rachel Lindsay, in which he defended Rachael's actions, series alums and viewers alike have called for the show to stop casting contestants with a history of problematic behavior and create a safer environment for its contestants of color. Bringing back Victoria, who bullied many of her fellow contestants and specifically women of color, would be antithetical to that goal.

If this were any other season, there'd be no doubt that Victoria would be getting a BiP invite. But this year the question isn't so much will Victoria be on Bachelor in Paradise; it's should she be?