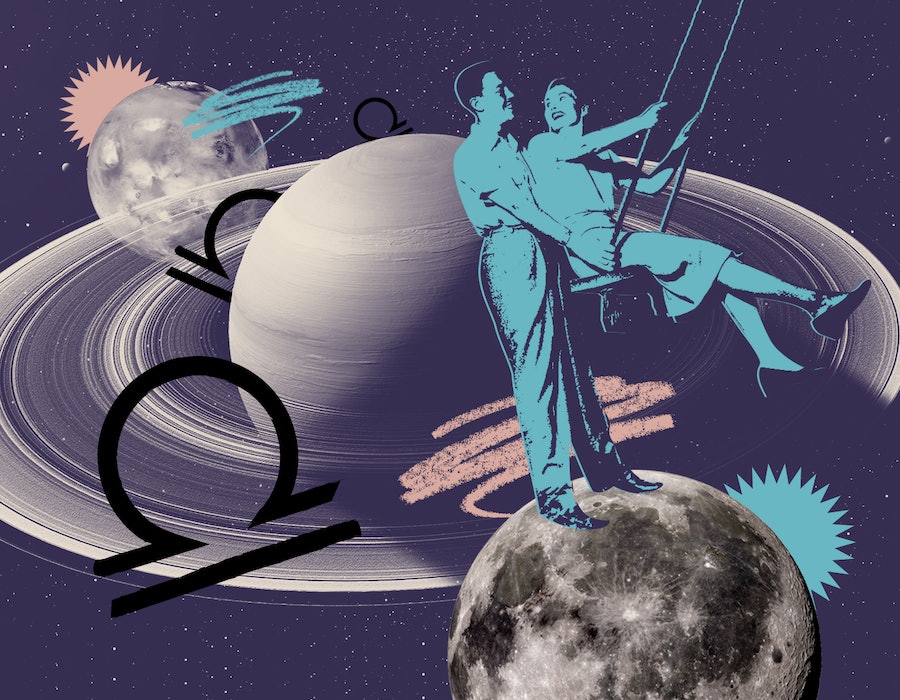 Air signs are the flirtatious social butterflies of the zodiac. That’s part of what makes dating a Libra zodiac sign such a fun and romantic experience. While there’s more to relationships than zodiac signs alone, looking to the astrology of love can help us all get on a more cosmic wavelength when it comes to romance. If you were born under the sign of the scales, knowing the most common mistakes Libras make in relationships and how to avoid them can make your love life feel a whole lot more balanced.

If you’re dating a Libra, you probably feel like you’re gallivanting around town with a socialite, because Libras are some of the most charming and trendy people around. Libra is an air sign, which explains why they build such strong mental connections with their lovers. They’re also the sign of partnerships, so they thrive in relationships love to indulge in all things romantic. Balance is important to this sign, so they’ll always try to be fair and diplomatic.

As an astrologer, I know that every zodiac sign has a unique way of approaching things in love and a different set of struggles to overcome when dealing with romance. And when it comes to astrological dating advice for Libras, the best thing to do is to avoid making the following common mistakes in relationships.

1. Saying Yes When They Mean No

Libras hate arguing more than any other sign, so they often try to be agreeable in an attempt to avoid any possible conflict with their partner. But disagreements are a natural part of a healthy relationship! If you’re a Libra, practice letting your partner know where you stand. Even if speaking up for yourself initially feels uncomfortable, you’ll be reminding yourself (and your mate) you’re nobody’s doormat.

Libras are ruled by luxurious planet Venus, which gives them an affinity toward decadent and romantic gestures. While thoughtful gifts can be a hallmark of a sweet romance, overdoing it can leave Libras vulnerable to being used by others. If you’re a Libra who’s bending over backwards to get into someone else’s good graces, ask yourself why you really want their approval so badly.

As the sign represented by the scales, Libras try to bring harmony and balance to everything they do. But endlessly weighing the pros and cons of every small decision makes Libras one of the zodiac signs most prone to overthinking. Looking at all sides of a situation is helpful but can cause frustrations in relationships if taken too far — so Libras should challenge themselves to let go of the little things and not dwell on every detail.

Libras are ruled by love planet Venus, which is probably why romance can be so addictive to them. But jumping from relationship to relationship without spending any time alone to introspect can lead to a feeling of codependence. Libras should remember that there’s more to life than romantic love, and that it’s OK to be single and spend some time prioritizing their own needs.

5. Being Shallow About Dating

As sweet and as gracious as they are, aesthetic and high-minded Libras can sometimes make the mistake of putting too much emphasis on external attributes like good looks or money. If you’re a Libra looking for love, make sure you’re not falling for someone’s Instagram aesthetic, job title, or hot body instead of seeing them for who they really are.

Libras are natural born flirts and social charmers, so they often end up batting their eyes at strangers without even meaning to. And while flirting may not be cheating, it can certainly open doors to temptation or give people the wrong idea. That said, Libras should be conscious about honoring boundaries in relationships — which might mean reeling in the flirtatiousness.

7. Staying In Relationships That Aren’t Working

Rather than engage in a conflict or risk starting drama with their significant other, Libras have a tendency to stay in relationships long after they’ve hit an expiration date. But by not speaking up about their dissatisfaction, they end up causing even more harm and drama — especially if they resort to heavy flirting or emotional cheating instead. If you’re a Libra, make sure to communicate with your lover and recognize when it’s time to end a relationship.

8. Not Keeping Your Word

Libras always want to look good in the eyes of their lover, but this quality can make them prone to consistently promising things they either cannot or don’t want to deliver. Instead of rushing to agree to everything your partner suggests or asks of you, consider whether you really have the bandwith or desire to do so. This can help prevent resentment down the road.

As one of the air zodiac signs, it’s easy for Libras to get lost in their many thoughts — and sometimes their fantasies, too. And because Libras love to be in love, they sometimes overlook glaring issues or red flags in relationships, especially during the honeymoon phase. Libras should get real with themselves about whether they’re actually compatible with someone before getting their emotions involved.

10. Always Having Their Partner Make Decisions

Libras are notorious for being indecisive, but always putting the ball in a partner’s court or taking too long to commit to anything can cause problems. It’s important for Libras to assert themselves in relationships and state their needs rather than always give their partner the last word — whether it’s about relationship dynamics or something as simple as where to go for dinner.

This article was originally published on Aug. 27, 2015