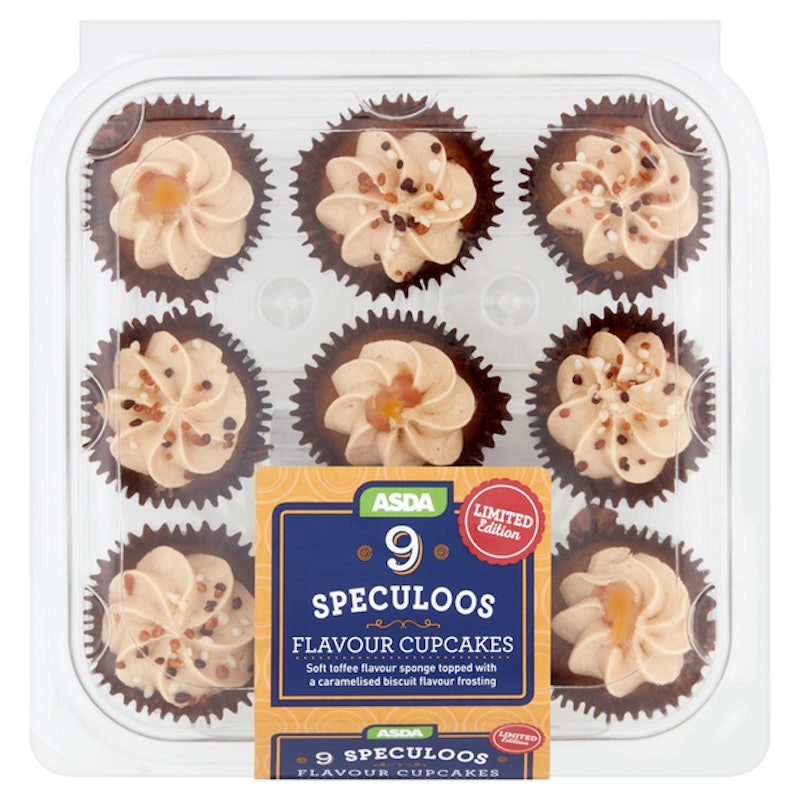 The obsession for Lotus Biscoff just won't quit. The caramel-flavoured biscuits, known as Speculoos in their native Belgium, are just the ticket to satisfy those sweet cravings. Not only are they scrumptious in their own right but, as has been well documented, they're a fabulous addition to all manner of sweet treats. So shout out to all the Speculoos-lovers out there because ASDA is selling Biscoff flavoured cupcakes and you'd better get a wriggle on because they're limited edition.

The cupcakes come in at a very wallet friendly £2 for 9, which means that apart from being considerably more convenient to buy than make, it's also cheaper than getting ingredients to make them too. They're made up of a springy toffee-flavoured sponge, topped with a swirl of Speculoos-flavoured icing and either a splodge of caramel sauce or some pretty AF sprinkles.

These delights are likely to be a welcome addition to the shopping carts of Lotus' ever growing fan club. Since the brand created its incredible spread, they've really pushed the boat out in terms of exciting new products. Although their ice cream range has been happily taking up people's freezer space (though not for long), for a while now, the launch of chocolate brownie Biscoff flavour ice cream earlier this summer was huge news for fans.

For the more industrious Lotus fans among us, there are countless Biscoff recipes to be found online and it's a guaranteed winner if you have a vegan to cater for as both Lotus biscuits and Biscoff spread are free from any animal products.