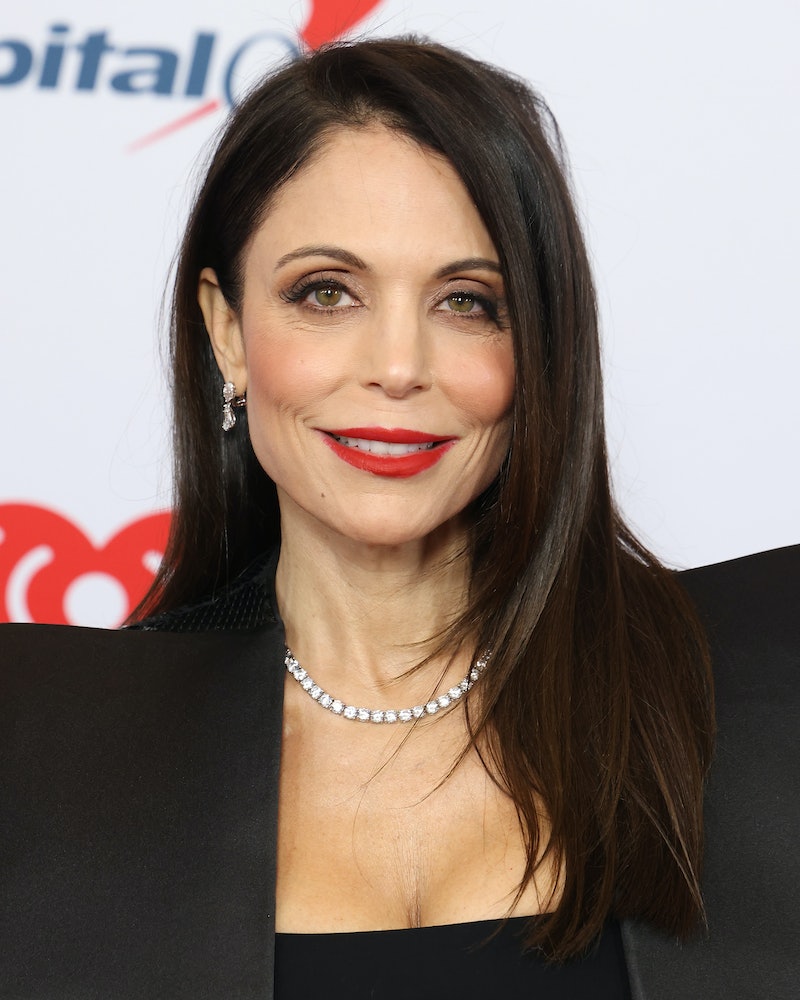 When Russian troops invaded Ukraine on Feb. 24, Bethenny Frankel felt helpless. “It’s truly defeating,” she tweeted to her 1.5 million followers that morning. Since then, more than 800,000 refugees have fled the country, with the EU estimating up to 4 million will leave as a result of the war. The Internet has been flooded with international onlookers eager to find ways to help, with Frankel among them. But the former Real Housewives of New York star had a head start.

In 2016, Frankel quietly set up BStrong, an initiative that partners with the nonprofit Global Empowerment Mission to administer disaster relief worldwide. In response to Hurricanes Irma and Maria in 2017, BStrong and GEM sent 55 planes full of emergency supplies to Puerto Rico and other affected islands; they also provided PPE in the early days of the pandemic and assisted in Texas’ 2021 winter blackout recovery. Since Feb. 24, BStrong has raised more than $5 million in new donations and is coordinating a delivery of more than $10 million worth of stockpiled aid to Ukraine, with 100% of donations going toward relocating refugees and directly assisting those still sheltering in the country.

“Listen, most people care about fashion week and their eyelashes,” she tells Bustle. “But there is a select group of people that really do care.”

Though the philanthropist and entrepreneur’s massive platform has allowed her to coordinate huge amounts of aid quickly, she stresses that anyone can step in to help. Below, Frankel shares how her organization got connected with President Volodymyr Zelenskyy’s Cabinet, how individuals can make the most useful impact, and the lesson she wishes everyone knew about being of service to others.

Can you tell me about how BStrong’s efforts have adapted to the evolving situation in Ukraine?

Initially, we came in and said, “There are going to be a ton of refugees and they’re going to need a place to stay.” Some people want to stay locally [at the border with Poland], which requires an Airbnb-type solution. Many people, like the first person we helped, Christina, want to get somewhere else in Europe — she wanted to get to Spain.

We found out that in addition, food and medical supplies were running low in Ukraine. So aid needs to be there. Now, it’s a two-pronged mandate: refugees out and aid in. The first $2 million will be used for relocation. On average, we spend around $250 per family, depending on if we’re purchasing a train ticket for an individual or getting discounted air travel. We get their information [and ask], “Where do you want to go?”

Separately, we have $10 million in aid coming from our warehouse in Miami, which has been shipped. That won’t just be at the border. We have to go through the country and see where people within Ukraine need that aid.

Are there specific challenges that come with working in an active conflict zone, as opposed to in natural disaster relief?

Once you get aid into a country, it needs to be safely distributed. You can’t just drop it off — it could be stolen or wasted. There was so much waste in Puerto Rico [after Hurricane Maria] — we saw trucks of water just sitting there. What’s amazing about social media is that somebody with a connection to Zelenskyy’s Cabinet reached out to us, and they’re going to help us not only get aid into the country but also with [connecting with] trusted distributors.

Is there anything that people without the financial resources to donate can do?

It’s the people spreading the word that have made this such a big deal. You can't imagine the people that are reaching out to us — politicians, people inside the country — [thanks to social media]. If you can’t spend $50 or $10, even $5 makes a difference. I have 7 million followers on social media, and if everybody donated $5, that would literally be $35 million.

There are so many different ways to help. But at the same time — I hesitate to say it — I’ve had friends say, “My daughter’s school wants to put together clothes to get to Ukraine.” I want to be sensitive about [people’s desire to help], but we have apparel partners that will donate hundreds of thousands of units in massive pallets. If we had to weed through clothes from individuals at a school, that gives us more work.

You mentioned spreading the word is an effective way to help, but with so much misinformation on social media, is there a particular online conversation about Ukraine that’s misleading or frustrating for you to read?

Talking about speaking out online, you tweeted, “There’s so many messages embedded in the war to teach our children.” How are you talking to your daughter, Bryn, who’s 11, about the conflict?

She said, “It’s so nice, Mommy, that you’re helping people.” I show her videos so she can see what’s going on. I told her, “This is [as] if someone tried to take away your house, and in one day, you have to leave your house.” You try to say it in digestible language, but it’s hard for her to fully understand, to be honest with you.

One of the first things you said online about the war was that you felt so helpless. Do you have any advice for someone who feels the same way, who doesn’t have your same platform?

Everybody I know is feeling helpless. People that I know are saying, “Oh, my God, it’s so amazing what you’re doing for all of us that feel helpless.” A lot of people feel helpless because this one’s hitting home more than they imagined it would. Listen, most people care about fashion week and their eyelashes. But there is a select group of people that really do care.

Just by being a communicator, you can start to help. When I was younger and living in New York City, 9/11 happened. I was up on 62nd Street, and I assumed that if you went down [to Ground Zero], no one would have let you in. The way I am now, I would have figured out how to get in on Day One. That is the biggest regret of my life that I didn’t just walk in and ask, “How can I be of service here?” I was young and I didn’t understand that asking how to help applied to me. I didn’t understand how accessible people are if you want to help. Do research, find out which charities are good and which aren't, spread information, direct people to where they need to get to. You can be of assistance.

You can donate to BStrong here.