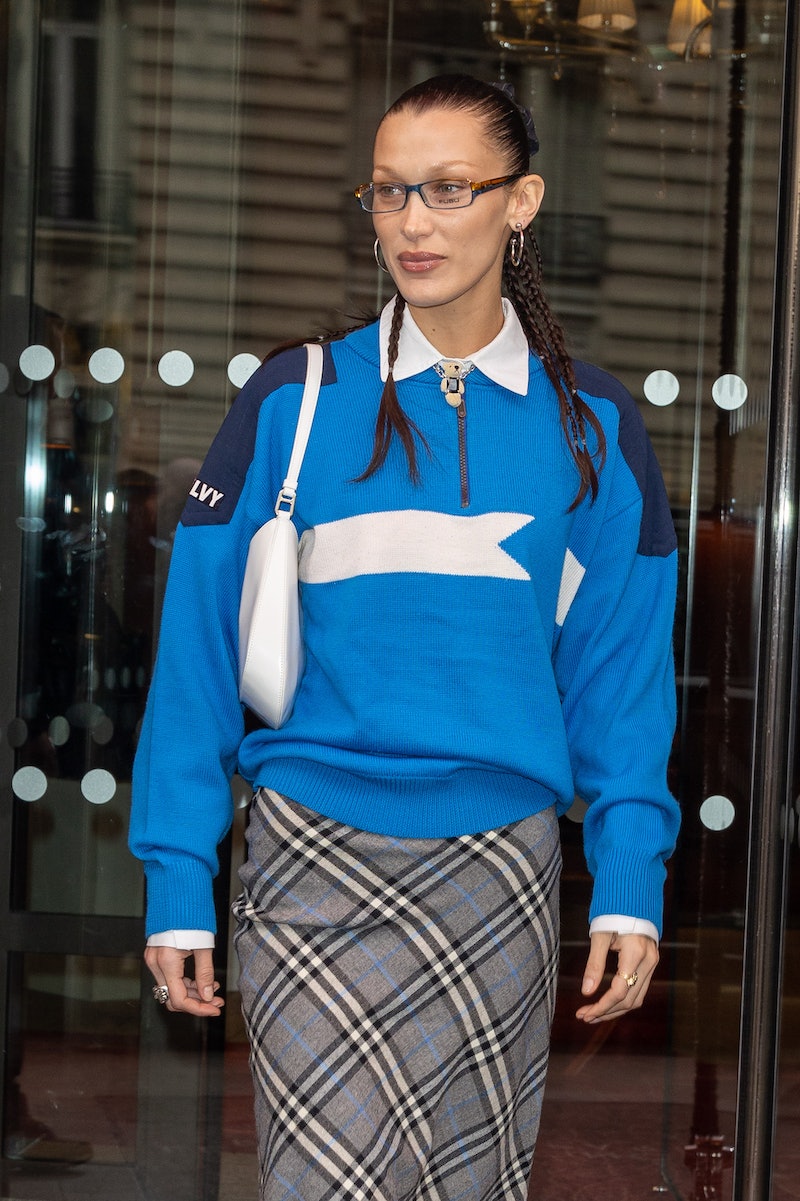 A version of this content appeared in Bustle’s daily newsletter on April 6, 2022. If you like what you see, sign up to receive it in your inbox right here.

How To Talk Dirty Without Being Super Awkward, According To TikToker Angel Ardito

Talking dirty isn’t necessarily a new phenomenon in the sex and dating world, but some creators are taking it to new heights with their videos on KinkTok. Angel Ardito, a rising TikTok creator and pole dancing instructor under the username @thelousypoledancer, is no stranger to the trend. Her video series on “bedroom speak” has amassed millions of views and for good reason — Ardito happily engages with her 527,000+ followers by responding to countless requests for dirty talk tips and ideas. While she may serve as a great resource for TikTok users who are thirsty (pun intended) for advice, the 26-year-old based in Oregon says that she hasn’t always been so adept when it comes to kinky conversation. “It did not come naturally to me,” she tells Bustle. Read More

“We found that traditional strength products, like a squat rack or weight plate, can be very intimidating to people, especially at the start,” says Peloton’s director of product management Ben Schultz. “You typically learn cardio movements growing up — how to walk, run, ride a bike. But not burpees.” With this new artificial intelligence-based technology, Peloton Guide works to streamline strength-based workouts so that everyone — from newbies to pros — can reap the benefits of foundational strength. Here’s what happened when Bustle’s senior lifestyle editor put it to the sweat test. Read More

If you’ve ever wondered if an ice water facial is actually worth it, just take a cue from Bella Hadid. “It’s called ‘ice bath’ by Bella Hadid,” says the supermodel in an Instagram video before laughing and gently submerging her entire face in the bowl of ice-cold water. She swishes her face from left to right slowly to get every part of her face immersed in water before lifting it slowly with a smile. Using ice on skin has been known to have some beauty benefits, such as helping you get that instant glow, and supposedly the legendary Joan Crawford used to swear by the hack. Read More

As the daughter of the King of Pop, Paris Jackson embraced her platform more in recent years and used it to become an outspoken advocate for the environment (she encouraged the crowd at the 2017 Grammy Awards to join the Dakota Access Pipeline protests), anti-racism, and cruelty-free brands (she’s starred in campaigns for Stella McCartney, a designer who’s notably reimagined leather-free luxury). Now, Jackson is the face of the new KVD Beauty Tattoo Pencil Liner. “I feel like teaming up with KVD made the most sense, not just [in terms of] my aesthetic and the tattoos,” she tells Bustle, “but also because of the underlying things like being environmentally friendly, being a vegan and cruelty-free brand, and celebrating artistry and diversity.” Read More

It was the day before Brittney Johnson’s big entrance as Wicked’s new Glinda, when she would become the first Black woman to perform the role full time on Broadway. Her family traveled in from Washington, D.C., for opening night to celebrate Johnson’s return to the stage after a nearly two-year hiatus due to COVID-19 shutdowns. And finally, reality hit. “I was like, [gasp] ‘I’m playing Glinda tomorrow! It’s happening!’” But before Johnson could fully accept the appointment and float down from the rafters in Glinda’s Magic Bubble, she first had to break through the ceiling. Read More

More like this
Selena Gomez Posted A No-Makeup Selfie & We Stan A Relatable Queen
By Olivia Rose Rushing
Michael B. Jordan Tackled His "Public Breakup" With Lori Harvey On 'SNL'
By Brad Witter
Joey Essex Is Rumoured To Be Dating A 'Love Island' Favourite
By Sam Ramsden
Who Is Pete Davidson Dating? He & Chase Sui Wonders Got Caught Kissing
By Jake Viswanath
Get Even More From Bustle — Sign Up For The Newsletter
From hair trends to relationship advice, our daily newsletter has everything you need to sound like a person who’s on TikTok, even if you aren’t.