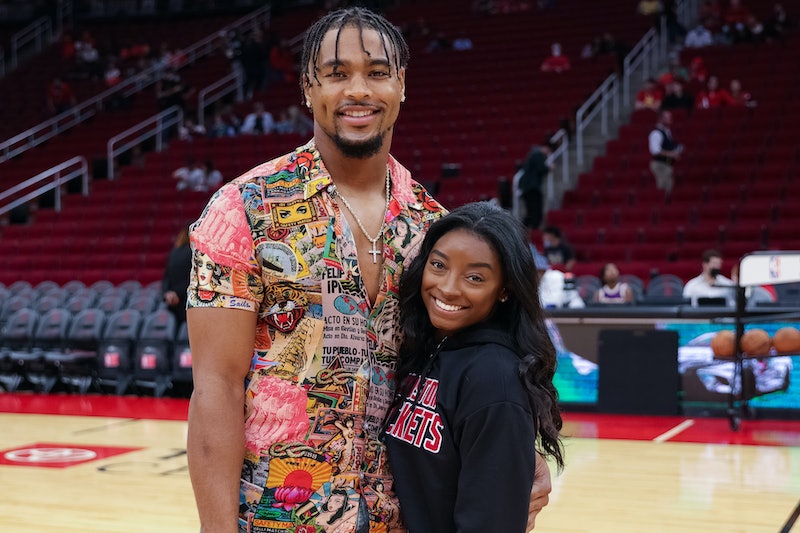 A version of this content appeared in Bustle’s daily newsletter on February 15, 2022. If you like what you see, sign up to receive it in your inbox right here.

When she was cast on the first season of Love Is Blind, Jessica Batten had assumed her role in the cast would be “the career girl” — the babe in her 30s who had been successful in her work but unlucky in love. Instead, her least flattering moments became the focus of the show: Batten, visibly inebriated, flirting with her “ex” Matt Barnett, then hanging off her fiancé Mark Cuevas; Batten letting her golden retriever drink from her wine glass; Batten dumping Cuevas at the altar. A character emerged, soon to be dubbed “Jessica the Messica” by a castmate.

Batten believes she was dealt a “bad edit,” but that doesn’t fully explain the biblical online pile-on that grew as audiences discovered the show — or what happened afterward. Read More

Simone Biles Adds A Diamond To Her Collection Of Golds

That’s right, the star gymnast is officially engaged to her boyfriend, Houston Texan NFL player Jonathan Owens. (Gotta be a big day at Raya HQ, as the two met on the app in 2020.) The (gorgeous, giant) ring was custom designed by Owens and jeweler-to-the-stars Zo Frost, and joins Kourtney Kardashian’s in following the oval cut trend. Read More

This Eyeshadow Color Is The Biggest Beauty Trend Of NYFW

As we already knew from Paris Haute Couture Week, colorful makeup is back with a bang, and the designers behind the NYFW shows seem to be feeling a particular penchant for blues of all sorts — from smudgy Euphoria-esque glitter to a bright matte cerulean paired with a crisp black cat eye. Here’s a roundup of our favorite instances and how to DIY the look at home. Read More

Wait, Why Is Kamila Valieva Still Allowed To Compete In Beijing?

Last week, it was revealed that Valieva, a 15-year-old figure skater from Russia, had failed a drug test that was actually from December. Valieva had already competed in several events in Beijing, even becoming the first woman to land a quadruple jump in Olympic competition. She was quickly suspended, but then appealed the decision and the suspension was lifted later that day, and is thus allowed to finish her events in the games. Other athletes, like Sha’Carri Richardson, think the situation is more than a little unfair. Read More

In What World Does Ben Affleck Deserve A Razzie For The Last Duel?

Thanks to social media, celebrities can promote their movies from their sofas, and we can tell them we think it was garbage from ours. That’s why the Razzies, which award the worst of Hollywood the night before the Oscars, feel outdated and even more mean-spirited than they once did. We have Twitter for this now! But there’s simply no way that Razzies voters, whoever they are, actually watched Ben Affleck in The Last Duel, says Bustle columnist Dana Schwartz. “If they had, they would’ve seen him absolutely nailing the role of Count Pierre, a party-boy overlord in 13th century France who throws orgies, plays favorites, and has no qualms about being a petty little b*tch. Yes, his facial hair is silly. That’s the point!” Justice for Ben. Read More

I Tried Boxing In The Metaverse — Here's What It's Like

Since at-home workouts have become the norm, it’s likely that exercising in the metaverse will be the way your living room sweat sessions evolve (and probably sooner than you think). Besides, exercise that feels like a video game? Sign me up. Read More