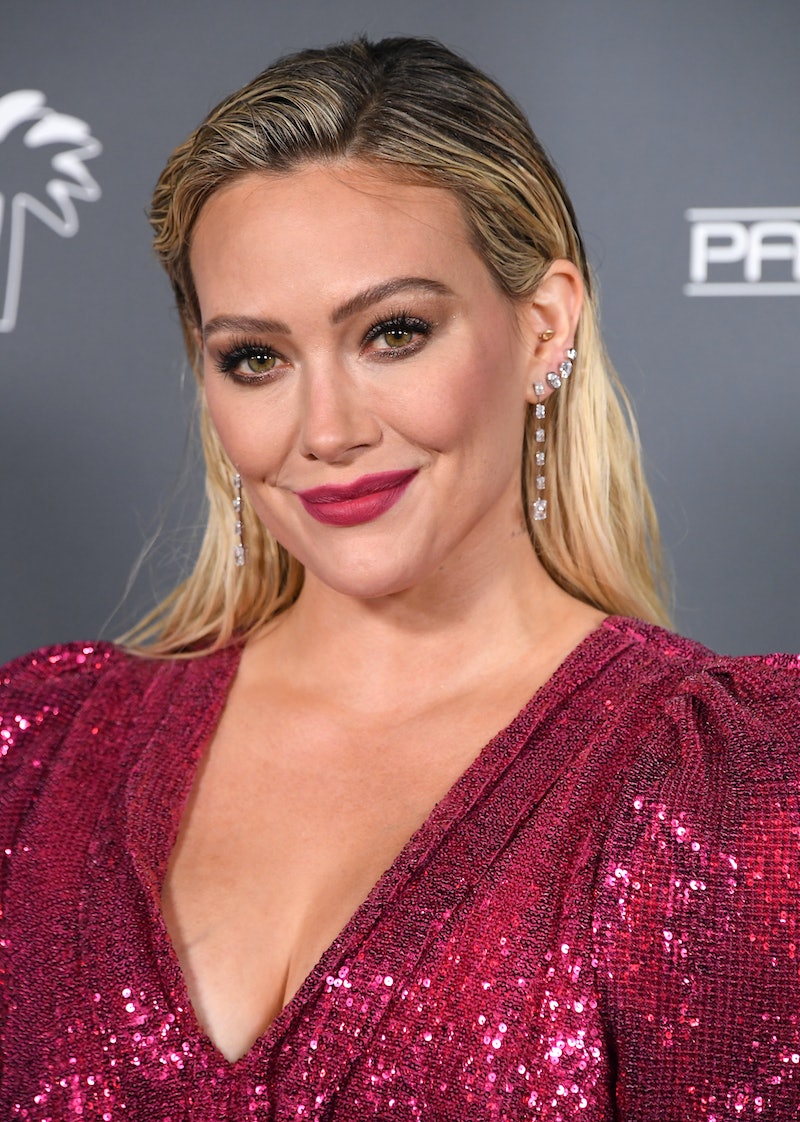 A version of this content appeared in Bustle’s daily newsletter on January 19, 2022. If you like what you see, sign up to receive it in your inbox right here.

Hilary Duff Figured It Out On The Way

For years after she played the iconic Lizzie McGuire, the character loomed over her. Duff remembers going on auditions and getting callbacks, only to be written off by producers. “‘Oh, she’s too famous. She’s too sweet. We know her as Lizzie McGuire,’” the actor recounts now. “I was like, ‘I’m me! I’m Hilary, not that person. That’s a made-up person.’ By the time I was 18, I was like, ‘If I hear that name [Lizzie McGuire] one more time!’” Eventually though, like all child stars must do at some point, Duff managed to shake her Disney persona… mostly. Here, the 34-year-old actor talks about her new show How I Met Your Father, Britney Spears, and the pain and pleasure of the #hilaryduffchallenge saga. Read More

Why Everything Is “Mid” On TikTok

Maybe you’ve noticed the uptick in the three-letter word populating comment sections and sound effects on the platform. In short, “mid” is typically used to insult or degrade an opposing opinion, labeling it as average or poor quality. So for example, pickles? Mid at best. But it actually started as a dig by a WWE fighter on the… entire Midwest? Read More

Lamination, Now For Your Eyebrows

That’s right, it’s not just for your vax card anymore. While ’90s-esque thin eyebrows are making a bit of a resurgence at the moment, thick brows aren’t going away either — they’re just getting more stylized. Lamination is a chemical process that opens the bond of the hair and repositions it into an upward, more lifted shape. The real deal is done by the pros, but you can recreate the look at home inexpensively. Read More

At 28, Lori Petty Made Out With Keanu & Saw Madonna Half-Naked

In 1991, Lori Petty was already a star. She was careening off beach make-outs with Keanu Reeves in Point Break and onto the set of A League of Their Own, where she shared a makeup trailer with Madonna — a big year, to put it mildly. She had very good reasons to believe the scripts would never stop coming her way, but then, they did. Read More

The fashion industry is reeling today as the community mourns the loss of Talley, who became the first Black male creative director of Vogue in 1988. He and the publication’s longtime editor, Anna Wintour, had a somewhat tumultuous relationship, and the Internet was quick to criticize her for not saying something sooner after the news broke late last night. Here, see what Wintour and several other celebs, designers, and models had to say about this fashion giant. Read More