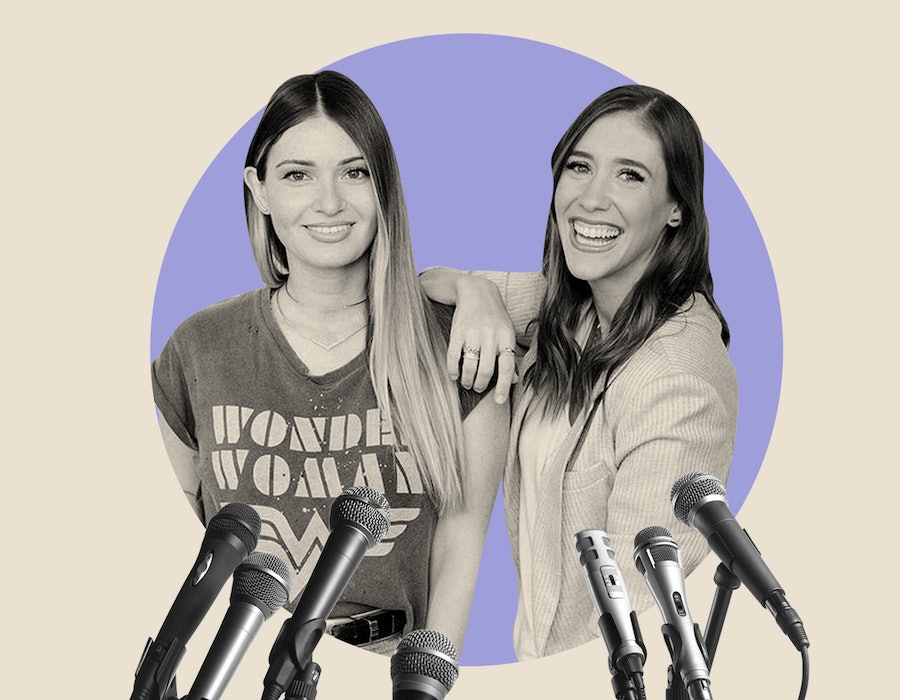 No one knows friendship like Lauren Paul, 34, and Molly Thompson, 33. They’re the directors of Finding Kind, a documentary that kickstarted their current role as founders of Kind Campaign, a nonprofit that gives school-aged girls the resources to, well, be kind to one another. They’re also actual friends who bonded over their experiences with teenage bullying and love for documentaries as juniors at Pepperdine University in 2008.

While Mean Girls might have skimmed the surface of girl-on-girl bullying, Thompson and Paul started the campaign in 2009 because they felt like young girls didn’t have the social or emotional tools to have that Cady Heron tiara-sharing epiphany. “When we started this, there was little to no conversation at all surrounding bullying whatsoever,” Paul tells Bustle. “Within the span of that first two-hour assembly, we were watching these girls apologize to each other and cry and hug and mend conflicts that have been going on for years. It was so impactful and life-changing — we realized this is what we're supposed to do.”

Today, their organization delivers over 400 anti-bullying assemblies a year, with the help of an ambassador volunteer network. The co-founders also partner with brands — like Electrick Picks Jewelry, for which they created a “Be Kind” pendant necklace — to raise awareness for their campaign and inspire girls with big “you can sit with us” energy.

A testament to the program: After over a decade in business together, Thompson and Paul say that they’re still “really, really, really good friends.” Here, the duo tells Bustle about the risks and rewards of mixing friends with business, the art of a pre-meeting pump-up sesh, and how to accept work-life imbalance.

The Kind Campaign evolved from a documentary to an assembly workshop, to an international program with brand partnerships. What challenges did you face as you were building the program?

Paul: Fundraising is the first thing that comes to mind. We did so many random little fundraisers through Pepperdine and our sororities. Looking back at the beginning, we were like 21, 22 years old — we had this lifestyle where we could pull all-nighters and create spreadsheets and storyboards, without the responsibility of family or a full-time job. We were all in.

In the very beginning, there were some hard conversations we had to have as friends and business partners. Like, what's your role and what's my role here? Who's delegating? What’s the creative direction? A lot of people say not to work with friends because it can be sticky, but Molly and I had this policy from day one to communicate about everything. We approach issues with love and respect.

Thompson: Had we not laid that groundwork early on with our communication, I think things would have gotten lost in the shuffle within our friendship or been compromised. Obviously, dynamics have changed — when we started we were young, fresh out of college, and now we are mothers and have families — but we very much have figured it out together.

Is there anything you’ve learned from girls you’ve met at your workshops?

Paul: I feel like I’ve learned to be the best possible friend I can be. The experience of running this organization has taught me how to read people's energy, to understand someone's intentions, and to get to the heart of an issue. I like to talk things out and move forward.

I wonder what it’s like for you to be back in school as victims of bullying. When you are getting ready to do an assembly, do you get nervous before presenting?

Thompson: Our bullying experiences were so long ago, and in a lot of ways we’re thankful for them because we wouldn’t be doing what we're doing today. But in the beginning, we were terrified, not knowing how it was going to go.

Paul: It is really intimidating to walk into a big crowd of people. My mom always told me not to think of it as a room of a hundred people, rather that everyone you're talking to is just one person. Visualizing that is helpful. But because this experience is so personal to us, it makes it easy.

Any tips or tricks for amping yourself up before walking into an important meeting?

Thompson: In the early days, when we were getting ready, we would blast pop music and have a little dance party to get that nervous energy out. But something that I've started doing the last couple of years for meetings, is going to the restroom and just standing there with my arms on my hips like Superman in front of the mirror. It's actually very cheesy. I’ll take a few breaths and it grounds me and reminds me that I know what I'm talking about, that I’m supposed to be there at that moment, doing what I’m doing.

How do you balance this activism with being moms, wives, and friends?

Paul: Molly, I'm sure you're going to say the same thing, but I don't consciously think about balancing anything. If a friendship is suffering, because I'm heavier with work or I'm all in on family, I just accept that there are chapters where it feels impossible to balance things. I mean, I think we're all just trying to do what we can, especially given the recalibration of this last year.

What do you do to unplug or take care of yourself when you’re not fully immersed in your job?

Thompson: Being intentional about spending time with my family. I put all devices out of sight, get on the floor, play with my kids, and be fully in their world without any distractions.

Paul: I take long periods of time where I don’t use social media. I don't mean this to sound rude, but with not being able to see everyone last year, it hyper-focused you on who is really important in your life. The people that you made a point to see during a pandemic or kept in touch with are definitely your people. So I reserve my energy for them — for both our sakes.