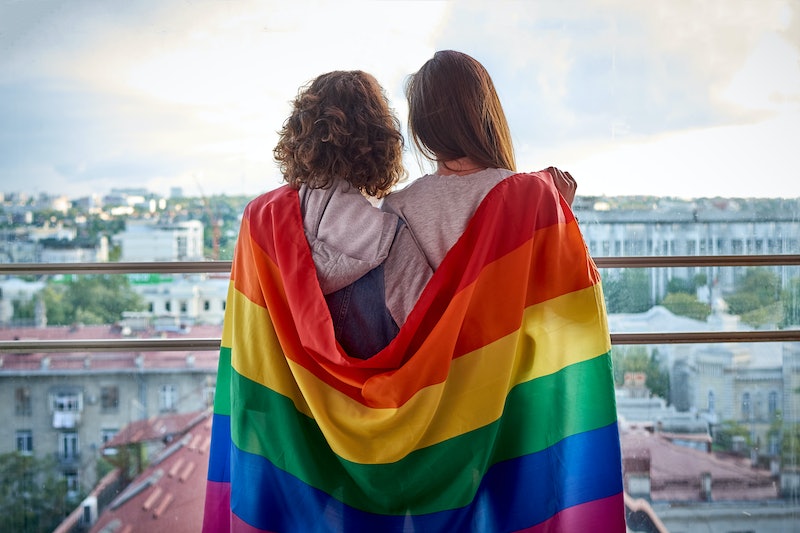 The United Nations (UN) has become the the first international law body to declare bans on female same-sex activity a violation of human rights. The Convention on the Elimination of All Forms of Discrimination against Women (CEDAW) UN committee ruled against a ban on lesbian sex in Sri Lanka on March 23.

As per The Conversation, Sri Lanka is one of 34 countries to have criminalised sexual relations between women, and the case was presented to the UN committee by lesbian and LGBT+ rights activist, Rosanna Flamer-Caldera, who stated that Sri Lanka’s laws violated her human rights and failed to protect her from discrimination.

The CEDAW committee agreed with Flamer-Caldera’s arguments, ruling, “the criminalisation of same-sex sexual activity between women in Sri Lanka has meant that [Flamer-Caldera] has had difficulties with finding a partner, has to hide her relations and runs the risk of being investigated and prosecuted in this context.”

The committee also found that Sri Lanka’s laws regarding same-sex sexual activity had “failed to protect” Flamer-Caldera, and called on the country to “decriminalise consensual same-sex sexual conduct between women having passed the age of consent.” Furthermore, the UN also recommended that Sri Lanka introduce discrimination laws to protect the LGBTQ+ community.

Sri Lanka has been given six months to come up with a written statement outlining how the country will respond to the committee’s landmark ruling and recommendations.

Speaking to the Sri Lankan newspaper The Daily FT, Flamer-Caldera said she is “ecstatic” to hear the UN committee’s decision, per PinkNews. “The Sri Lankan Government has ratified CEDAW, and this is therefore further encouragement for them to repeal these discriminatory laws and free us from the stigma and violence caused by criminalisation,” she said in the wake of the ruling.

Flamer-Caldera also said the committee’s decision “sends a strong message to Sri Lanka’s policymakers” that “ensuring the rights and equal treatment of all citizens — including LGBTIQ persons — and removing archaic, discriminatory laws, is foremost.”

More like this
Gen Z Are Twice As Likely To Identify As Queer, According To New Data
By Sam Ramsden
Pret & Costa’s Coffee Is The Strongest On The High Street, According To Which?
By Sam Ramsden
Twitter Has *A Lot* To Say About The "Single Penalty”
By Sam Ramsden
Here’s What TikTok's "Mascara” Trend Is *Really* About
By El Hunt
Get The Very Best Of Bustle/UK
Sign up for Bustle UK's twice-weekly newsletter, featuring the latest must-watch TV, moving personal stories, and expert advice on the hottest viral buys.