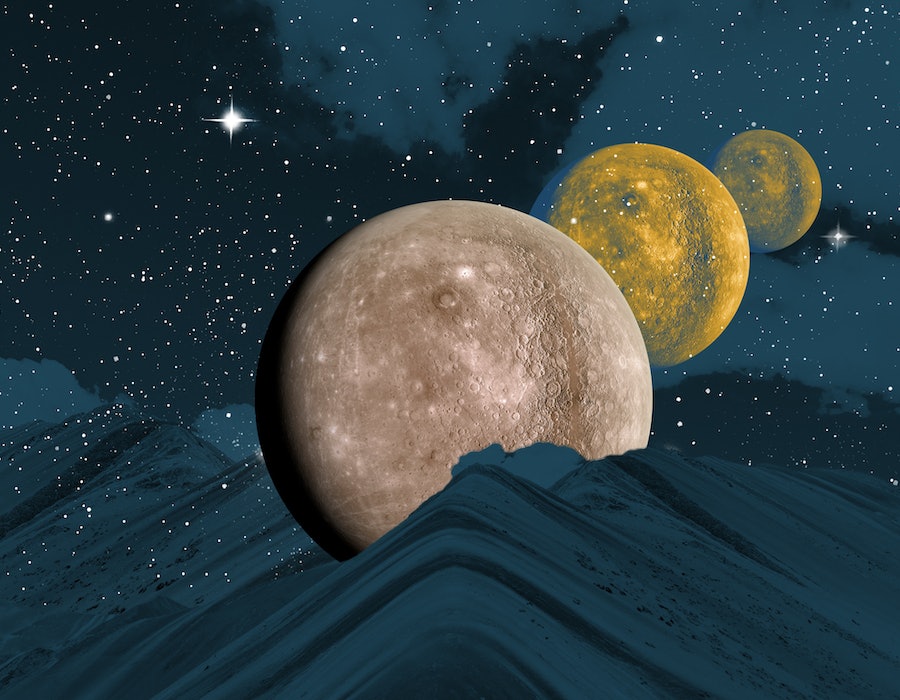 The reason why Mercury's backspins often feel like the most chaotic retrograde of them all is because they happen more frequently than other planetary retrogrades — the other planets reverse course anywhere from once a year to once every two years — and because the planet Mercury rules over so many day-to-day facets of our lives, including thinking, timing, traveling, communicating, and sharing information. When Mercury’s energy goes into reflect/refine/review-mode during a retrograde, and these elements aren't running smoothly, it can make for a frustrating experience at work, in travel, and in your social life.

There are typically three Mercury retrograde periods in a year, but in 2022, we technically have four to deal with. The next Mercury retrograde starts on Dec. 29, 2022, and the planet of communication will appear to be spinning backwards until Jan. 18, 2023. Until Mercury stations direct, it’ll be good practice to double-check that texts are sending to the right person, your bank statements don’t show any unexpected charges, etc.

Mercury enters a retrograde period every three to four months, which makes this pesky planetary phenomenon a regular part of our cosmic landscape. While we usually have just three Mercury retrograde periods per year, 2022 technically graces us with a total of four. These begin on Jan. 14, May 10, Sept. 9, and Dec. 29, respectively. Keep these dates in mind so you can try to wrap up any loose ends on projects and have important conversations before they roll around.

So when is the next Mercury retrograde? Mercury retrograde winter 2022/2023 begins on Dec. 29 and lasts through Jan. 18. This time around, Mercury will be retrograde in the earth sign Capricorn. Pragmatic and professional, Capricorn energy is all about building toward goals, working hard, and making solid investments — so look out for retrograde drama cropping up in your career life, and prepare for even your best-laid plans to face some slowdowns or setbacks. Here’s when the next few Mercury retrogrades start:

While Mercury retrogrades more frequently than other planets do, it also has the shortest retrograde period, lasting for about three weeks at a time. That said, three weeks can feel like three months when dealing with the classic retrograde scheduling snags, timing troubles, and communication issues that these periods are famous for. The final Mercury retrograde of the year actually spills into a new year, finally ending on Jan. 18. 2023. In other words, that is when the planet restarts its regular forward spin — also known as “going direct.” Here are the end dates for the next few rounds of Mercury retrograde:

Now that you know all the antics that come along with Mercury retrograde periods, mark your calendar for all the backspins coming up in 2022 and 2023.

More like this
Everything To Know About The Next New Moon
By Nina Kahn and Brittany Beringer
Here's Your Horoscope For December 2022
By Alexandria Lettman
Emily Ratajkowski & Pete Davidson's Astrological Compatibility, Revealed
By Nina Kahn
Angel Number 808 Is A Symbol Of Your Potential
By Nina Kahn
Get Even More From Bustle — Sign Up For The Newsletter