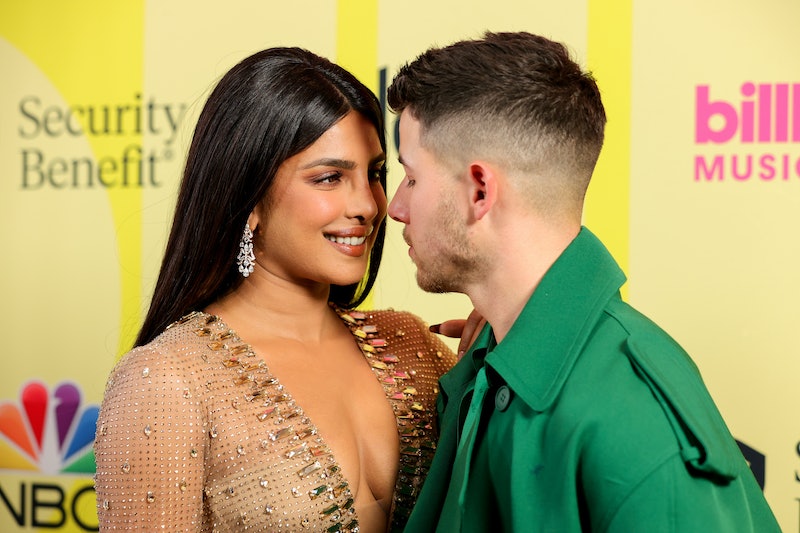 The idea of older men dating younger women is deeply ingrained in our social psyche. From Leonardo DiCaprio and his slew of much younger girlfriends and George Clooney and Amal Alamuddin’s seventeen year age gap, to the plot line of almost every romcom from the ‘00s, men dating women many years younger is often seen as the default.

However, when the roles are reversed and society is forced to contend with the “older woman” it is often met with reactions from fascinated curiosity to unfair judgement. While men in relationships with younger women are simply known as… men in relationships, women are often branded “cougars” or other equally loaded nicknames. Just look at the reaction to Olivia Wilde’s 10-year age gap with Harry Styles. If you’ve ever felt a spark with a man a few or more years your junior, you may have experienced the judgement of such internalised misogyny.

That being said, it hasn’t held many women back from dating, and sometimes marrying, younger men – just look at Priyanka Chopra and Nick Jonas. Recent research suggests that a rising number of older women are seeking younger men and vice versa. A 2020 survey by Match.com found that 81% of women are open to dating someone 10 years younger than they are, while nearly 90% of men are interested in dating someone 10 years older.

Just in time for hot girl summer, the dating pool is widening. The internet says that the older man/younger woman standard is on the out, with videos on TikTok of women professing interest in younger men gaining hundreds of thousands of views. The hashtag #datingyoungermen currently stands at 411.2M views at the time of writing.

A 2020 survey by Match.com found that 81% of women are open to dating someone 10 years younger than they are.

“I never really think that carefully about the age of people I date, but I do know that I don’t find the ‘older man thing’ attractive,” says 25-year-old Katie Banks from London. “The DILF vibe is not for me at all. The guys I date can be anything from a couple months younger to the last boy I dated, who was two years younger than me.”

For some, age is an active consideration whilst for others it's simply happenstance. “I think as we get older noticing people’s age becomes less of a thing. I didn’t even really realise that most of the boys I was dating were younger than me until we had already started dating,” says Banks. “I’m generationally on the cusp of millennial and Gen Z and when I think of a stereotypical millennial boy I don't find them attractive at all. I feel like that is why I end up fancying younger boys because of their attitudes and outlook or their style.”

As she got older, Atlanta-based Melonie, 29, realised that there were many other more important considerations than age when it came to dating. “I began to prize the person’s maturity, values, respect, and many other foundational aspects that would make a great partner.”

Melonie’s current partner is two years her junior and she regularly makes content on her TikTok about their relationship. “When I was younger, this wouldn’t completely put me off, but it would subconsciously make me a bit hesitant,” she says. “I believe this all stems from what my mind was programmed to believe a relationship should look like. As I got older, finished school, and began to work in the professional field, I started to realise that age truly does not equate maturity.”

Dating someone older can also come with some drawbacks. “I’ve never been with an older guy. I think I’m more drawn to someone younger because there’s already an uneven balance between men and women in life,” says 24-year-old Sally Brake from Kent. “If I go for someone older I can often feel they are trying to mansplain things to me and may treat me as if I am naive.”

Dr. Kathy Nickerson, licensed clinical psychologist and relationship expert believes there are many benefits for women being open to dating younger. “Younger men tend to have more energy, more diverse interests, are more open to trying new things, and are more flexible in their attitudes and views. I am also seeing a trend of younger men being more emotionally aware and more interested in being true partners, which is really appealing to women.”

“As I got older, finished school, and began to work in the professional field, I started to realise that age truly does not equate maturity”

Yuka Iwasaki, 36, who lives in Los Angeles, met her 30-year-old partner on Hinge, having always had a tendency to opt for younger men when dating. “I do tend to date a lot of younger men because in my ‘20s, I found that older men always wanted to get serious super fast, and at that time I was focused on my career and not ready to settle down,” she explains. “I think if the connection is there, then the connection is there! There are definitely some things to consider though, like what stage in life you are in. If you've already gone through your party phase and you are dating someone who is just starting their party phase, that might be a bit tough to swallow. But I think that has less to do with age and more about the person.”

So is there still a stigma or is it all in our heads? “Because there has never been a massive age gap, I haven’t encountered any stigma but my friends have definitely made comments about me loving the younger boys,” explains Banks. “I do have other friends who are dating boys who are five years younger than them and I feel there is definitely a shock factor when they tell people. I don’t think there’s necessarily a stigma but people are definitely surprised.”

Yuka, too, hasn’t really experienced any judgement to her face. “When I talk about it on the internet sometimes I get comments like ‘she must be going through a midlife crisis’ or something of that nature. It's pretty ridiculous but people will always have their opinions.”

You’ll always find people who love to pass judgement on others' relationships, especially when they don’t fit the societal standard. People proudly claiming seeking out younger men on social media is challenging these patriarchal assumptions and doing the work towards normalising these dynamics. Older woman/younger man relationships show that women and men aren’t that different: they both desire young, attractive partners. What’s surprising about that?

More like this
Nicola Coughlan Wants You To Appreciate Her "Indie Sleaze Era"
By L'Oréal Blackett and El Hunt
How To Master Baby Braids, According To TikTok
By Tomi Otekunrin
Love Island’s Biggest Draw Is Still FOMO
By Chanté Joseph
Kelly Osbourne Found Love In Her Best Friend & Now They're Expecting
By Vivian Iroanya and Rachel Mantock
Get The Very Best Of Bustle/UK