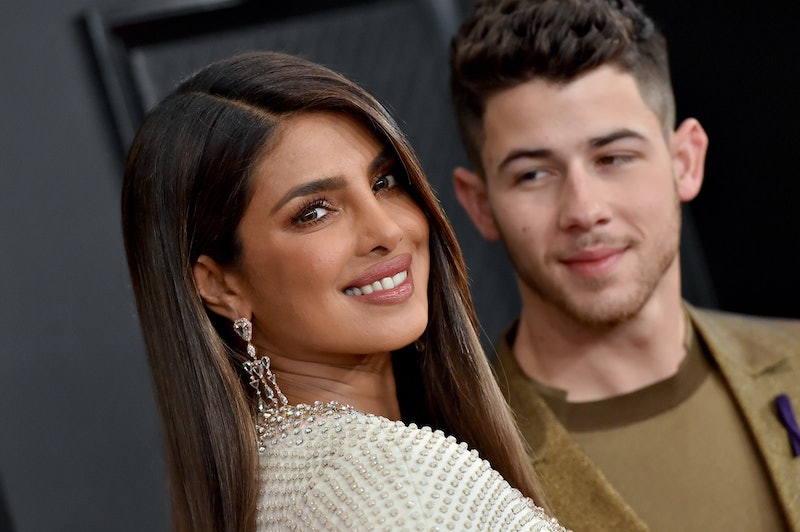 Arguably, there is no celebrity pairing that was more unexpected than Priyanka Chopra and Nick Jonas — and no famous couple has thrown a better wedding. The stars had vastly different journeys to fame: Chopra went from Miss World to Bollywood star, emerging as one of India’s most renowned actors, while Jonas rose through music and Disney Channel, winning the hearts of preteens all over the world as a member of the Jonas Brothers. But in the years since they met, both Chopra and Jonas have proven they’ve never fallen harder for anyone else than they did for each other.

It took a long time for Jonas and Chopra’s relationship to become official, but once they started dating for real in May 2018, they were engaged within two months and married after six months. Just five years ago, if you had told most people — especially Jonas Brothers fans — that the youngest JoBro would end up marrying one of the top Bollywood stars of our generation, they might have laughed (or maybe cried). But their relationship timeline proves that their marriage was a matter of fate and a little bit of patience.

In Chopra’s Vogue cover story in December 2018, the couple revealed that Jonas made the first move by DMing her on Twitter. First, he texted friend and Chopra’s Quantico co-star Graham Rogers, “Priyanka. Is. Wow.” Even Jonas was taken aback. “That’s not the way I talk,” he told Vogue. But he still got Rogers’ recommendation to message her. “I’m hearing from a few mutual friends that we should meet,” Jonas wrote to Chopra on Sept. 6, 2016. She responded on the same day, giving him her phone number right away. “My team can read this,” she wrote back. “Why don’t you just text me.” They called their text correspondence “epic,” but it was still months before they met face to face.

After all the buildup, their first meeting could have easily been a letdown, but it wasn’t. In fact, it sounds like it was pulled straight out of a movie. Jonas set the scene during their Vogue interview, explaining that they were at the 2017 Vanity Fair Oscars Party when he saw Chopra crossing the room. “I put my drink down, get on one knee — this in front of a bunch of people — and I say, ‘You’re real. Where have you been all my life?’ Like, loud,” he remembered.

His grand gesture apparently made an impression. Although Chopra was supposed to be on her way out the door to leave for the airport to fly to India, she managed to squeeze in a drink with Jonas. That drink, of course, was not their last.

Ahead of their much-discussed first Met Gala appearance, they made time to get together again. They started with a drink at the Carlyle Hotel in New York, and then the evening evolved into a pretty PG-rated hangout at Chopra’s apartment. “We hung out for a couple of hours,” she said during their Vogue interview. “He patted my back before he left.” Yes, she’s still mad there was no goodnight kiss, at least. “Your mom was in the house!” Jonas replied. “I thought it was a respectful first night.” However, Chopra rebutted with, “It was too respectful if you ask me.”

May 2017: They Made Their Met Gala Debut

Chopra and Jonas made their official red carpet debut at the 2017 Met Gala — even though their relationship itself wasn’t official yet. According to brother and band member Joe Jonas, the experience was “incredible” for his little brother. “I think she kind of knocked him off his feet,” Joe told Vogue. “He was just this little puppy dog.” As for the Quantico star, she posted a photo from the event on Instagram, showing a group that included her and Jonas, with the caption, “Good times with good people.”

Their joint appearance meant dating speculation kicked into high gear, but they chose to play it coy rather than confirm a romance. “We were on the same table and we already know each other,” Chopra explained on Jimmy Kimmel Live later that month. “So he was like, ‘Hey, you want to go [to the Met Gala] together?’ And I was like, ‘Yeah, OK, let’s go together.’ It ended up working out.” Even Jonas told a radio station that he was “single” at the time. That doesn’t sound like things had truly heated up yet.

May 2018: Sparks Fly At Another Met Gala

Perhaps there was some truth to their statements. Chopra and Jonas didn’t see each other for an entire year after their first Met rendezvous, as they told Vogue. In fact, it took the 2018 Met Gala for them to reunite, after running into each other on the red carpet. However, from then on, the rest was history. After going out together two nights in a row back in Los Angeles, Jonas decided she was the one and called his mother to tell her that he planned to marry Chopra. “This was date three,” Chopra told Vogue.

On July 27, reports emerged that Chopra and Jonas had gotten engaged after two months of (officially) dating. In another movie-worthy moment, Jonas and his brothers shut down a Tiffany & Co. store just to buy the engagement ring, per People. At the time, it was reported that Jonas proposed while in London to celebrate Chopra’s 36th birthday. However, the couple told Vogue that he actually proposed on a birthday trip to Crete, and he waited until after midnight so anniversaries wouldn’t clash with her birthday celebrations.

“I got down on one knee, again, and I said: ‘Will you make me the happiest man in the world and marry me?’” Jonas told Vogue. “No joke — she took about 45 seconds. Forty-five seconds of silence.” Apparently, he took her shock as the yes it turned out to be. “I’m going to put this ring on your finger now unless you have any objections,” he told her. How romantic.

On Aug. 18, Chopra confirmed engagement reports via Instagram, sharing a photo of her and Jonas from their engagement party in Mumbai, India, her ring in full view. “Taken,” she wrote. “With all my heart and soul.” Jonas cheekily responded in the comments section, writing, “Wow congrats ... He’s the luckiest guy in the world,” along with a smug face emoji. He knew what he was doing.

December 2018: They Get Married

After five months of engagement, Chopra and Jonas tied the knot in Jodhpur, India, at the Taj Umaid Bhawan Palace. But as is usual for Indian weddings, a ceremony and reception just weren’t enough. The couple threw multiple celebrations from Nov. 30 to Dec. 2, including a traditional Indian ceremony and a Christian service officiated by Jonas’ father. “People will need vacations after this wedding,” Chopra joked to Vogue before the festivities even began. People reported that they also held a pre-wedding puja at Chopra’s home, an intimate prayer ceremony that is often performed to spiritually commemorate a big occasion, like a marriage.

Chopra confirmed their marriage on Dec. 4 by posting a stunning photo from each ceremony on Instagram: one of the couple embracing each other in traditional Indian wedding attire, and one of them walking back down the aisle after their Christian nuptials, with Chopra showing off her extravagant Ralph Lauren gown. “And forever starts now...” she captioned both posts, tagging Jonas and adding a red heart emoji. Chopra continued to share photos from their wedding festivities, including family snapshots from both ceremonies.

In May 2019, Chopra and Jonas returned to where it all started — the Met Gala. This time around, they made their red carpet debut as not just an official item but a married couple. In a May 7 Instagram post, Chopra wrote that they had come “full circle.”

May 2020: They Celebrate Their Beginnings

May 2020 marked the second anniversary of Chopra and Jonas’ first date (well, not counting their unofficial Met Gala debut), and Chopra marked the occasion by sharing a photo from an all-important Dodgers game. “2 years ago today we took our very first picture together,” she wrote. “Every day since then you have brought me endless joy and happiness. I love you @nickjonas Thank you for making our life together so incredible. Here’s to many more date nights.”

On July 18, Jonas took to Instagram to celebrate Chopra’s 39th birthday (which also marks the day before their engagement anniversary), sharing an image of his wife in a pink lace sari and a throwback photo of young Priyanka wearing a similar outfit. “Happy birthday my love,” he wrote. “You deserve all the happiness in the world. Today and every day. I love you.”

Even while on tour with his brothers, Jonas always the time to get cheeky with Chopra — literally. On Aug. 29, the Quantico star shared a selfie on Instagram of her sun-tanning in a bikini, while a shirtless Jonas sits behind her and pretends to cut into her derrière with a knife and fork. “Snack,” she captioned the photo alongside the utensils emoji, because what else can you caption that with?

This article was originally published on Aug. 23, 2021