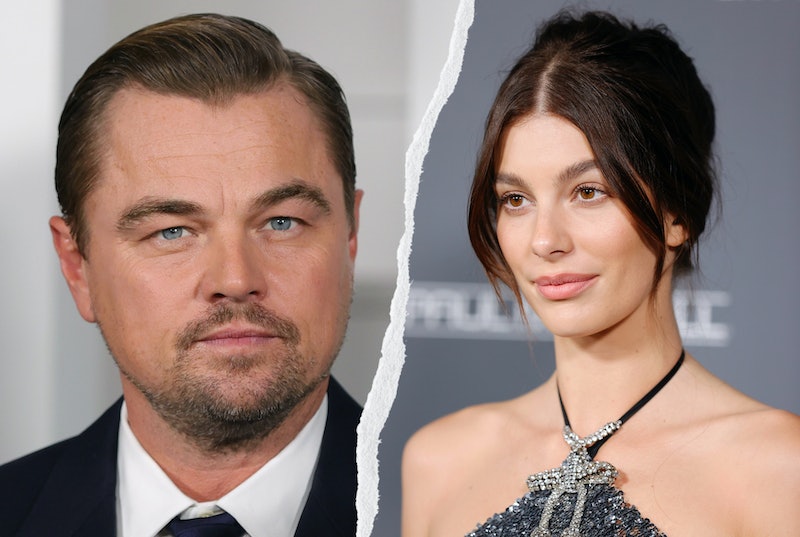 The climate change satire Don’t Look Up is nominated for several Oscars at the March 27 Academy Awards, and there’s no shortage of familiar faces among the star-studded cast — from Meryl Streep to Ariana Grande and one actor who’s had an infamous track record with the ceremony and dating in Hollywood. If you’re wondering who Leonardo DiCaprio is dating, here’s everything you should know about his relationship of nearly five years.

Us Weekly first reported that DiCaprio and Camila Morrone, then 20, were “hooking up” in 2017. (The model-slash-actor is sometimes referred to as Al Pacino’s stepdaughter because her mom, Lucila Solá, was previously in a long-term relationship with Pacino.) In the years since, DiCaprio and Morrone have apparently continued their relationship.

In January, Page Six published photos of the pair in St. Barts. DiCaprio didn’t appear in Morrone’s travel snaps from the trip, but it’s possible he was behind the camera. In 2019, DiCaprio was photographed taking photos of Morrone, and she acknowledged to Vanity Fair that he’d become a bit of an “Instagram boyfriend” meme along the way. “Poor thing ... he's an environmentalist and a movie star and it doesn't mean a thing!”

Morrone also seems to be an environmentalist, as she shared a throwback video of the day she learned how to scuba dive and wrote, “Unlocking an entire world full of scary and exhilarating things. Basically what I’m saying is, protect 🌎 and her 🌊 at all costs ✌🏻.”

Naturally, DiCaprio and Morrone’s age gap has been subject to criticism — she’s 24, and he’s 47 — and you might have seen Redditor u/TrustLittleBrother’s data analysis about DiCaprio never dating anyone over 25. It’s a subject that Morrone addressed outright in a 2019 interview with the Los Angeles Times. “There’s so many relationships in Hollywood — and in the history of the world — where people have large age gaps,” she said. “I just think anyone should be able to date who they want to date,” though she acknowledged she “probably would be curious about it too.”

Morrone also said it was “frustrating” to have her identity tied to her relationship but felt that it would “continue to slip away and be less of a conversation” as she progressed into her acting career. In the same article, she was dubbed “the next Jennifer Lawrence” for her role in Mickey and the Bear. Next, she’s starring in the buzzy Prime Video adaptation of Taylor Jenkins Reid’s Daisy Jones & The Six book.

Though Morrone’s acknowledged her relationship, she still tends to keep things with DiCaprio relatively private. At the 2020 Oscars, for example, they walked the red carpet separately (though they sat together during the actual ceremony).

More like this
Just 1 More Award Would Make These Celebrities EGOT Winners
By Hugh McIntyre
Jennifer Hudson Becomes An EGOT Winner At The 2022 Tony Awards
By Jake Viswanath
Hugh Jackman & Deborra-Lee Furness’ Relationship Timeline Started With A Mutual Crush
By Hugh McIntyre
What Does The Presley Family Think Of 'Elvis'?
By Arya Roshanian
Get Even More From Bustle — Sign Up For The Newsletter