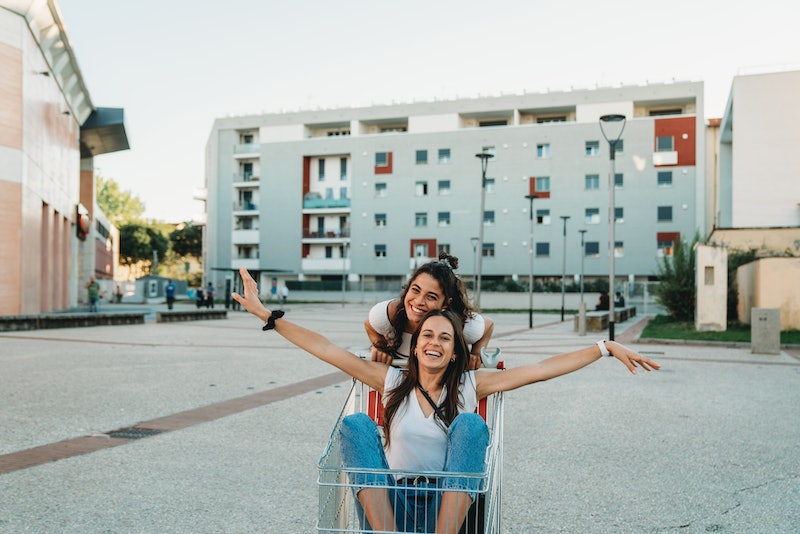 We all know that each zodiac sign has its own set of strengths and weaknesses to work with. When it comes to the seductive and stealthy sign of Scorpio, no one can top their mysterious allure or out-envy their green-eyed jealous streak! Scorpio’s unique traits also grant them some special skills that no other sign can master quite as easily, and knowing Scorpio zodiac sign’s hidden powers will make you respect the cosmic scorpion even more.

In order to get to know what makes a Scorpio tick, let’s take a look at some of their defining cosmic traits. Firstly, they’re water signs, which means they’re deeply emotional and sensitive, even if they prefer not to outwardly show it. Being one of the fixed zodiac signs is what gives Scorpios their unshakable drive and deep sense of loyalty — because once they commit to something and fix their focus on a goal, they’ll go to any lengths to hit their mark. Their planetary ruler is Pluto, named for the god of the underworld, which imbues them with the ability to see beyond the surface level of every situation to understand its inner workings. It’s not always easy to read a Scorpio, as they tend to play their cards close to the chest, but that’s all part of what gives them their one-of-a-kind air of intrigue.

Scorpios are one of the most secretive signs of the zodiac, so their most distinctive skills may be even more veiled than most. Here’s the scoop on some of Scorpio’s hidden powers and how to spot them.

Scorpios Have The Power Of Persuasion

Scorpios are masters of strategy, and that’s why they often end up getting what they want without anyone ever picking up on the fact that they wanted it in the first place. While their persuasive powers could come off as manipulative or Machiavellian, they can easily be used for good. Scorpios know how to effectively appeal to people’s feelings, which helps them to get their points across. By combining their deep sense of emotional intelligence with their undeniable allure, they can persuade people to go along with just about anything they want.

OK, so Scorpios may not actually have X-ray vision (life isn’t a superhero movie, after all), but they come about as close as one can get. It’s virtually impossible to pull the wool over a Scorpio’s eyes or get away with lying to them, as these intuitive feelers have the innate ability to see through just about any façade. They can smell dishonesty and inauthenticity from a mile away, which is why they place so much value on trust and loyalty. As one of the sensitive water signs, Scorpios can easily pick up on even the most subtle shifts in people’s moods and energies, making it easy for them to see others’ true motives.

Scorpios Can Transform Themselves

Scorpio is the sign of transformation, thanks to its association with Pluto (the planet of passing and rebirth). That’s why Scorpios have an uncanny ability to reinvent themselves in a way that virtually no one else can. Whether that means suddenly taking on an entirely new look, embracing a completely different lifestyle, or jumping into a totally unexpected career path, Scorpios can make a full-throttle metamorphosis look totally effortless. Every so often, Scorpios will slide into their cocoon and then emerge as something completely different. That’s part of what makes the cosmic scorpion so intriguing to be around — they’ll always keep you guessing.

While Scorpios usually come off as cool, calm, and collected, they can actually be quite competitive and power-hungry when they have a specific goal in mind. These calculated players often do whatever it takes to win, even if it means they have to play the long game. One of the reasons Scorpios tend to be successful at achieving their objectives is because they have the power to stay focused, no matter what obstacles pop up in their path. Unlike some signs, Scorpios aren’t easily distracted — and they consciously prefer to do their work alone or in the shadows so that they’re less likely to be bothered by anyone.