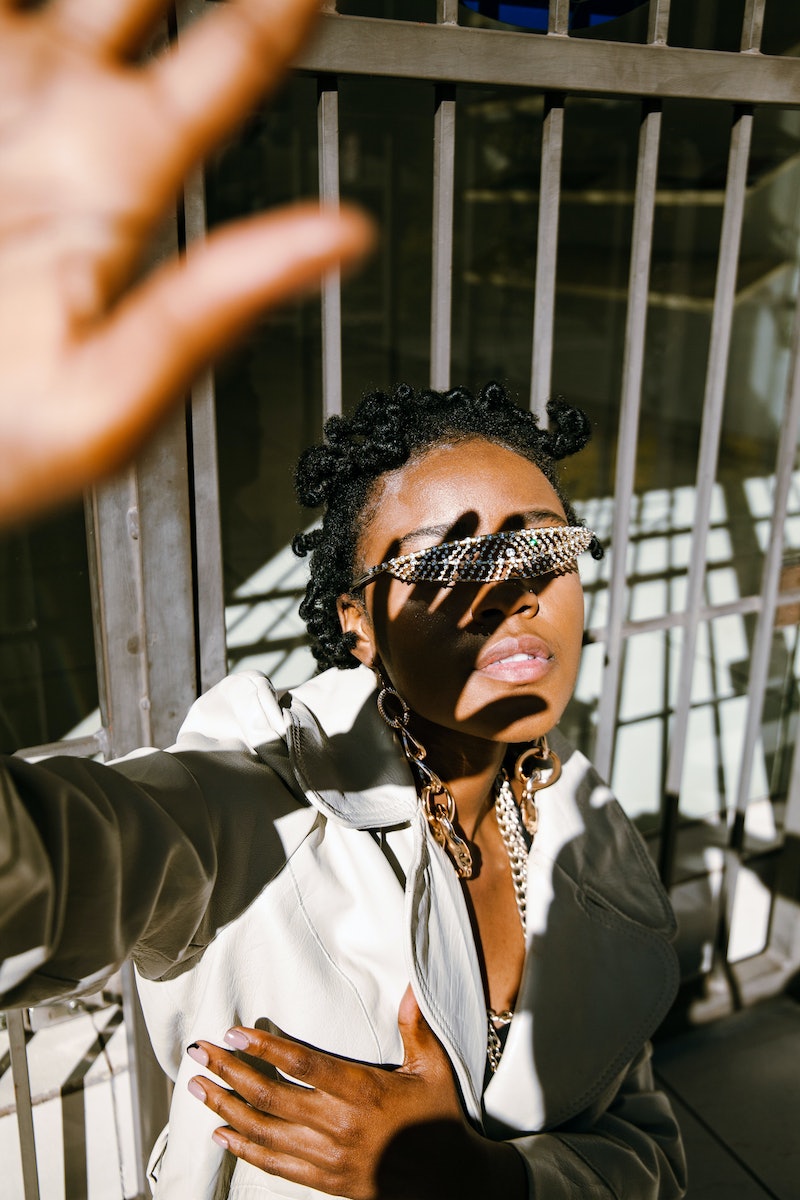 In the age of highlight reels, it’s easy to forget you’re a multifaceted person with a deeply personal life — and that there are aspects of your personality that you’d rather not post on social media. It’s not just the stuff you’d rather keep private, either; all of us have personality traits or tendencies that we cringe at, are embarrassed by, or even are ashamed of, and tuck away as a result.

In astrology (as well as psychology), that hidden side is called your shadow self. While you can’t necessarily defeat your “dark side,” understanding how it operates can make life a lot easier. Once you can make peace with this side of yourself, you make room for infinite growth.

According to Natali Nicole, an astrologer for dating and relationships astrology app CUSP, working with your shadow self involves being gentle with it. “Your shadow side is not an enemy,” she tells Bustle. “It is not a villain to be conquered. It is a scared, angry, hurt version of you.” After you make the leap forward to understanding all parts of yourself, you’ll find it’s not all that nefarious at all. “Talking to yourself as if you were dealing with a very young child usually helps to approach yourself with the tenderness you need,” Nicole adds.

Ready to meet your shadow self? Read on to find out how to identify your darker side and learn how to live in balance with your shadow.

What Does “Shadow Self” Mean?

The concept of a shadow self comes from psychology. Psychiatrist Carl Jung, whose work focused on the unconscious human psyche, wrote about the idea in the 1960s. He believed that our unconscious is made up of different layers or levels of ourselves, what he called archetypes — universally recognized symbols, themes, or patterns that are used as a models or examples. These include the persona, self, anima or animus, and the shadow self. Jung believed that people have a shadow self to contrast their “light side,” or the side they present to the public. As you might guess, the shadows self represents traits of yourself that you think are unpleasant, or parts of your personality you don’t consciously recognize.

The shadow self holds the prejudices, selfishness, impulses, envy, greed, and other similar traits. It’s common for people to repress their shadow self and even deny it altogether. (Think about all the times you’ve told yourself you’re not jealous after your ex has soft-launched a new relationship.) If you’re cringing while you think about your shadow self right now, you’re not alone.

“Our shadows are often negligible things — illusory figures that follow us without us giving it much thought,” Nicole explains. “Just as these physical shadows are an extension of yourself, so is the shadow self. It refers to all the wounded habits that we carry around, but are often unaware of.”

What Is A Shadow Self In Astrology?

Does the idea of Jung’s archetypes sound familiar to you? If you’re a follower of astrology, you might notice similarities between the two. Each zodiac sign is broken up by specific modalities (cardinal, mutable, and fixed) and elements (earth, air, fire, and water), but are also broken down into their own individual traits and motivations — aka, their archetypes.

For example, Libras are the sociable diplomats of the zodiac, Sagittarians are the bold explorers, and Aquarians are the future-oriented humanitarians. Each sign is layered with tons of powerful and distinguishable traits. But just like Jung’s concept of a shadow side to our psyche, each zodiac sign also has a shadow self that represents its lesser-loved habits, tendencies, and traits. You might notice that while an Aries may be daring and ambitious, they also tend to be impulsive and rash when making decisions on the fly. That’s the shadow self coming out.

What Is Shadow Work In Astrology?

In astrology, shadow work refers to being in a state of awareness of your shadow self through deep personal reflection. It’s about remaining vigilant to the judgments or less-than-pleasant traits your zodiac sign has, taking accountability, and trying your best to be more conscious and empathetic about them.

When it comes to your shadow self in astrology, shadow work can involve tarot cards, meditation, quiet reflection, and reading your birth chart. You can use your natal chart to know your zodiac sign, your transits, and planetary placements, so you can get insight into what motivates your zodiac sign, both good and bad. The goal of shadow work isn’t to remove this layer entirely — you’re only human! The idea is to live in equilibrium with your shadow self.

“In shadow work, we have to start with self-awareness to understand which parts of us are our authentic selves and which are habits that we’ve developed to protect that true self from harm,” explains Nicole. “This looks like paying attention to what we do, how we speak to different people in our lives, how we speak to ourselves in our heads, and how our bodies feel in different situations and around different people — deep observation with as little judgement as possible.”

The shadow side hides in the darkness, and because of that, it can be hard to come to terms with — our egos need to believe that we’re good people 100% of the way down. It can be difficult and downright dramatic when we make the big jump to connect with that hidden side of ourselves. But the takeaway is not to do your best to erase or overcome your shadow self; rather, to become more aware of it as you move forward. We all have something to work on.