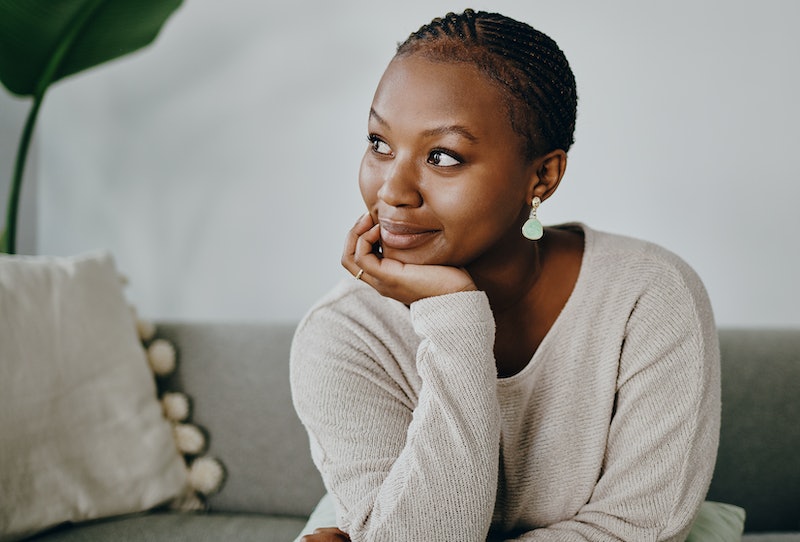 Taurus zodiac signs (born between approximately April 20 and May 20) are probably as down-to-earth, chill, and reliable as they come. But watch out, because if you provoke a Taurus one too many times, you’ll unleash their inner bull — and no one wants an angry bull charging in their direction. Taurus-born people have no shortage of strengths that make them a pleasure to be around, but having the scoop on Taurus zodiac signs’ biggest weaknesses allows us to understand these earth babies in a more personal way.

As the zodiac’s fixed earth signs, Taureans excel when it comes to staying on track until their goals are met — especially when it means they get to treat themselves to something pleasurable afterward. On the flip side, these same qualities can sometimes manifest as stubbornness and hedonism, so look out! That said, it’s important to note that every zodiac sign has their faults, so we don’t mean to throw Taureans any shade. Plus, hating on a zodiac sign is really just hating on ourselves, considering our astrological birth charts contain all 12 signs. This means that Taurus zodiac sign strengths and weaknesses probably apply to you in some way, whether you’re a Taurus or not.

Taurus zodiac signs’ biggest weaknesses are no worse than the flaws of any other sign — but knowing them will help you to better understand the Taureans in your life, as well as the Taurus-ruled parts of your own birth chart.

1. They Can Be Stubborn

If you know anything about zodiac sign stereotypes, then you probably know that Taureans can be quite stubborn. They like doing things their way, and they’re usually not interested in taking advice or accepting help once they’ve made up their mind or committed to accomplishing something. It can be helpful for these immovable bulls to practice being more flexible.

2. They Often Give Into Their Vices

As the singular earth sign ruled by Venus (planet of luxury), Taureans love anything that feels extravagant and titillates their physical senses. Unfortunately, this propensity toward pleasure-seeking can result in overindulging. Whether it’s giving into their sweet tooth, chasing the high of a shopping spree, or having a habit of ordering one too many martinis, Tauruses sometimes struggle to say no to their favorite feel-good vices.

3. They Always Take Their Sweet Time

Taureans are all about doing things slowly but steadily. This system usually works out well for them, as they rarely rush into things blindly or make silly mistakes due to moving too fast. But occasionally, the snail pace of a Taurus can be frustrating to people around them. There’s a difference between taking your time and dragging your heels.

4. They Can Hold A Grudge

Taureans are represented by the symbol of the bull. While they’re usually more of the Ferdinand type, they’ll lose their chill if someone pushes their buttons hard enough. And unfortunately, once they see red, it can be hard for them to back down or let go of the anger that’s built up inside of them, which can lead to serious grudge holding.

5. Greed Is Their Defining Deadly Sin

The sign of Taurus is associated with the second house of the zodiac, which is all about money, material possessions, and other valuables. That’s why if Taurus is feeling insecure, they can sometimes fall prey to greed-based behaviors. This could manifest as them hoarding their wealth out of fear, but it could also come out as something as simple as not wanting to share their dessert.

6. It’s Hard For Them To Expand Their Comfort Zones

Change can be hard for a Taurus, especially given their fixed zodiac sign nature. However, evolution is a necessary part of life, so it’s important that these sometimes-stubborn bulls don’t stunt their own growth by refusing to step outside of their comfort zones. If you’re a Taurus, challenge yourself to try new things regularly and break free of your usual routine.

7. They Can Be A Little Materialistic

As earth zodiac signs, Tauruses simply can’t help the fact that they’re preoccupied by the material realm. They enjoy making money, they love luxury, and they’re drawn to nice things. But if taken to an extreme, these qualities can end up making Taurus a little materialistic. It’s important that they look beyond status symbols and find worth in intangible things, too.

8. They Tend To Play It Safe

Risk-taking isn’t Taurus’ strong suit, as they prefer to play it safe and follow the route they’re most comfortable with. However, sometimes their desire for safety and security can result in them being overly rigid. If you’re a Taurus, remember that it’s OK to take a calculated risk once in a while. Mixing things up can make life even more satisfying.

9. They Sometimes Forget Their Worth

On a good day, Taureans are charging forward with loads of self-confidence and determination. But on a bad day, a Taurus can easily find themselves struggling with self-esteem and feeling insecure about their abilities. Their ruling planet Venus governs value, so their relationship to their self-worth is one that they’ll be working on throughout their lives.

10. It Can Take A While For Them To Build Trust

Taureans like to take care of themselves, which means they’re cautious about getting hurt and are hesitant to be vulnerable with people too quickly. That’s why it can sometimes take a long time for a Taurus to build a solid sense of trust with people in relationships. They have a lot of patience, so they also require their friends and partners to be patient with them, too.