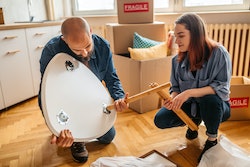 Your zodiac sign comes equipped with its own special skills, including hidden power moves that set you apart from the rest of the zodiac. If you’re an ultra-organized and meticulous Virgo, not only do you have razor-sharp precision, but you also have a unique ability to remain calm even in the most chaotic situations — and these assets only scratch the surface. Virgo’s hidden powers range from otherwordly communication skills to healthy habit hacks. There’s plenty to learn from the detail-oriented sign, and when you fully understand the hidden powers of a Virgo, you’ll get more than just a newfound appreciation for them — but perhaps inspiration to adopt some of the earth sign’s altruistic values, too.

It helps to know a few fundamental Virgo traits if you want to understand what hidden talents the earth sign has up its sleeves. For starters, they’re mutable signs, so they are extra good at adapting to their environment. As an earth sign, they’re practical and grounded, which comes in handy when it comes to establishing control in their routine and keeping their cool in chaotic situations (hello, Mercury retrograde). The maiden’s compassionate vibes can be attributed to their sixth house ruler, which governs service and routine. Their planetary ruler is Mercury, which is associated with communication, mental processes, and travel — so suffice to say, Virgos have an eloquent way of expressing themselves.

Although sensible and pragmatic, these earth signs have a few secret strengths that are anything but ordinary. Read on to learn about Virgo zodiac signs’ hidden powers.

Earth signs naturally make for great teachers, since they’re all about pragmatism, stability, and discipline. But Virgos take their guidance to a different level since their sixth house ruler governs things like service, making them altruistic. Virgos get a bad rap for being perfectionist to the point of critical, but it’s good-natured — they want to help others step into their best selves. They often take their own experiences and self-criticisms as a way to guide others on their journeys.

“Those lessons [Virgos absorb] are invaluable, not just for their own growth, but for helping other people become better versions of themselves, too,” astrologer Ryan Marquardt tells Bustle. “Once Virgo steps into a mentorship role, they have such a well-rounded and credible resume to draw upon, which can be a huge gift for any other sign that's seeking guidance.”

Virgos know a thing or two about stability and structure. Being an earth sign makes them grounded, finding value in routines and daily rituals. Virgos’ earthy energy enables them to create game plans, set reasonable deadlines, and implement healthy habits to stay on track with their goals.

“Repetitive motion is also a secret way that Virgo calms down,” says Marquardt. “Being mutable, Virgo knows how to start compounding these repetitive motions to ultimately become a fully formed version of itself. It's all about incremental steps with Virgo.” The maidens are masters of working smarter, not harder.

One of Virgo’s strengths is being able to articulate even the strangest concepts. According to Marquardt, that’s due to their relationship with their imaginative and daydreaming sister sign, Pisces. “As the opposite sign of Pisces, Virgo is constantly confronted with Piscean themes of poetry and abstract thought,” explains Marquardt. Sister signs share the same modality — in this case, mutable — so they have a similar way of moving through their world. This gives Virgo an ethereal edge despite their earthy vibes.

“When Virgos lean into their natural ability for healing, they're the sign that gives the most real-world impact because they anchor the energy into the physical world. They bring miracles to life in ways other people can actually comprehend,” says Marquardt.

While Virgos have a tendency to rationalize everything, they also have a hand in the spiritual realm, too — specifically, bending their mentality to remove self-criticisms and connect with their inner self. By motivating themselves out of a negative headspace, Virgos can successfully balance their material and spiritual versions of themselves. Since they’re big on intricate details, they can pick up on nuances and subtle social cues. It’s almost as if Virgos can read a room to the point of reading minds.

Don’t let Virgo’s pragmatism and critical eye fool you — their level-headedness only scratches the surface of their treasure trove of power moves. Whether they’re mentoring the next generation of geniuses and entrepreneurs or translating messages from the spirit realm, it’s clear you want a Virgo in your corner.