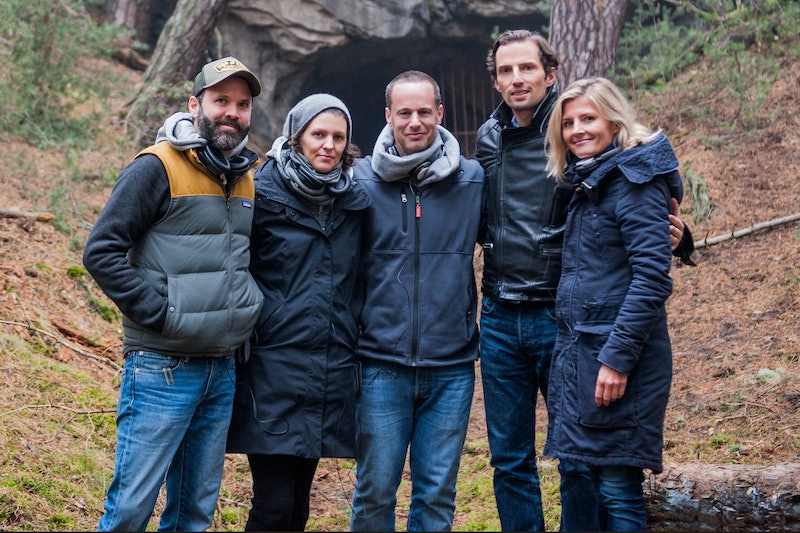 In 2016, Netflix cemented its status as one of the best places to find high-quality original TV series. Lady Dynamite, Chelsea, The Crown, and Stranger Things quickly became fan favorites, and viewers eagerly awaited (and then marathoned) new seasons of House of Cards, Orange is the New Black, and Unbreakable Kimmy Schmidt. It's only January, but this year is off to an amazing start. Case in point — the brilliant Lemony Snicket's A Series Of Unfortunate Events, which began streaming on Jan. 13, has captivated both adults and children. The 2017 lineup includes a diverse array of new shows from just about every genre — so, regardless of your taste, there will be at least a few Netflix shows that you'll be obsessed with in 2017.

The streaming service has definitely found its niche, and Netflix's original shows will keep coming — we can expect 1,000 hours of original content in 2017, so get ready for some serious marathons. Premiere dates aren't yet available for most of these shows, but it's never too early to get excited about a gritty adaptation of a classic children's book series, the return of Bill Nye (!), and more than one gripping psychological thriller.

Without further ado, prepare to become obsessed with these 11 new Netflix shows.

More like this
Here’s Everything Coming To & Leaving Netflix In February
By Jake Viswanath
Your Guide To Watching 'Everything Everywhere All At Once' In The UK
By El Hunt and Sophie McEvoy
'The Last Of Us' Episode 4 Put Twitter Into An Emotional Spiral
By Alyssa Lapid
Olivia Colman Stars In First-Look Trailer For BBC's 'Great Expectations'
By Sabah Hussain and Sam Ramsden
Get Even More From Bustle — Sign Up For The Newsletter
From hair trends to relationship advice, our daily newsletter has everything you need to sound like a person who’s on TikTok, even if you aren’t.