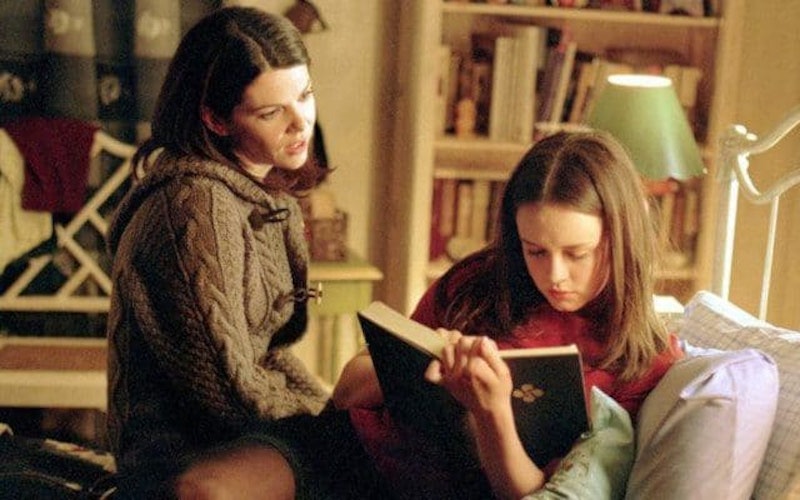 No matter what your plans look like, you don't want to miss out on the reading opportunity that a long holiday provides. Whether you're traveling to see family or prepared to hunker down at home, here are 11 novels about family to read over the Thanksgiving break, for when you just want to get away from the hustle and bustle of the holiday.

I love food, cooking, and everything involved in a Thanksgiving meal, but being trapped in a small space with my large family can be a bit... much. Sometimes I need an escape, and reading about someone else's family is often just the ticket. Whether the fictional moms, dads, aunts, and uncles make me feel more at home than my real-life relatives, or they're just so awful that I feel thankful — 'tis the season — for the family I have, there's nothing like a good novel about family to cheer me up when the holiday stress arrives.

Maybe your situation is different from mine, in that you love spending time with all of your loud and nosy relatives, or that you're not going home at all this Thanksgiving. Your feelings are valid, and I can almost guarantee that you'll still benefit from reading one of these novels about family over the Thanksgiving break.

The first novel by an Omani woman to be translated into English, Jokha Alharthi's Celestial Bodies is also the first Arabic novel in translation to win the Man Booker International Prize. The story focuses on three sisters — Mayya, Asma, and Khawla — whose lives in post-colonial Oman diverge when they marry. This is a gorgeous, heart-wrenching story you won't want to miss out on reading.

Centering on five queer women living under a military dictatorship in 1977 Uruguay, Cantoras explores the family its characters have made for themselves. Living together in a Cabo Polonio, the cape they keep secret, the titular cantoras build a bond that will last the test of time. Over the next 35 years, the women move between the cape and their home city of Montevideo, finding love and navigating loss as they go.

Ready for a visit to his childhood home in Nice, Noah, a widowed professor, is surprised to learn that he has an 11-year-old great-nephew named Michael, who needs a place to stay. As Michael's closest living relative, Noah takes over as his guardian, and brings the boy with him to France. There, the two of them begin to investigate a series of wartime photographs from Noah's mother's possession, searching for answers to questions about her role in Nazi-occupied France.

The families of two NYPD officers living next door to one another in the suburbs find their lives forever changed by a series of explosive events in this novel from Fever author Mary Beth Keane. Friends from the academy, Francis and Brian raise their families in close proximity, and it surprises no one when Kate and Peter — Francis' daughter and Brian's son — fall in love. But when Brian's wife Anne becomes volatile, and lashes out in violence, none of their lives will ever be the same again.

The Other Americans by Laila Lalami

From the author of The Moor's Account comes this timely novel about loss and belonging. When a Moroccan immigrant is struck and killed while crossing an intersection one night, his family, friends, and even a few strangers find their lives altered by the event. Among them are the man's daughter and widow, a detective working the case, and an undocumented immigrant who fears he'll be deported if he comes forward.

On the outside, Harriet and Perdita Lee look like just another London family — a working mom and schoolgirl daughter. Looking back on her youth decades later, Perdita decides to find her mother's childhood friend, Gretel, who grew up with Harriet in — the possibly nonexistent — Druhástrana, and who loved the Lee family's gingerbread recipe with a passion.

The Dutch House by Ann Patchett

Two wealthy children of a self-made man find themselves thrown out on the street by their stepmother in this poignant novel from Bel Canto author Ann Patchett. Shortly after Cyril Conroy bought the Dutch House — a large estate outside Philadelphia — his wife and the mother of his children, unable to cope with their sudden and unexpected wealth, left him to raise their children by himself. Decades later, Danny and Maeve must rebuild their lives when their stepmother disinherits them in order to keep the Dutch House to herself.

The Affairs of the Falcóns by Melissa Rivero

The winner of the 2019 New American Voices Award, Melissa Rivero's The Affairs of the Falcóns centers on the eponymous family of undocumented Peruvian-Americans, who immigrate to New York City in the 1990s. Matriarch Ana Falcón wants desperately to remain in the U.S., but external pressure from her husband's unwelcoming cousin, the loan shark to whom she has become indebted, and the moneylender's husband, may prove too much for her to bear.

A Woman Is No Man by Etaf Rum

Following three generations of Palestinian-American women, Etaf Rum's lauded novel, A Woman Is No Man, is a tightly woven family saga that tackles big questions of immigration and belonging. In 1990, bookish 17-year-old Isra is sent from Palestine to Brooklyn, where she marries her betrothed and starts a family. 18 years later, the oldest of Isra's four daughters, Deya, is an orphan who dreams of going to college, but she must meet with the potential husbands that her paternal grandmother, Fareeda, has lined up for her instead.

The Grammarians by Cathleen Schine

In addition to their looks, identical twins Laurel and Daphne share their love of words. Living in Manhattan in the 1980s, Daphne works as a grammar columnist, while Laurel gives up teaching to become a poet. As their opinions on language begin to diverge, the twins soon find themselves embroiled in a bitter battle over a single copy of a beloved, inherited dictionary.

Red at the Bone by Jacqueline Woodson

From Brown Girl Dreaming author Jacqueline Woodson comes this slim novel about two families who become forever entwined by a teenage pregnancy. Red at the Bone weaves its way between and through the lives of Iris, the Oberlin-grad daughter of Morehouse alumni, and her daughter Melody, the rebellious 16-year-old she gave birth to as a teenager. In between them lies Iris' dying mother, Sabe, who wants to see her family brought together again, and doesn't intend to leave this world until they see eye-to-eye.