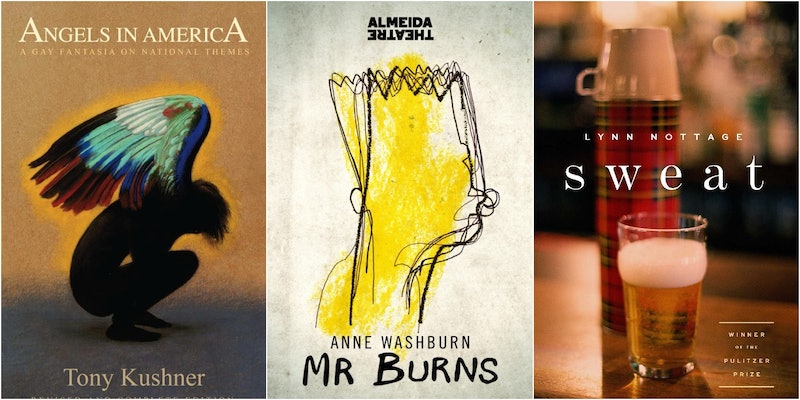 If you can recall the far-away past of last summer (we were so much younger then) you might remember there being a bit of a hubbub about a certain production of Julius Caesar. The Caesar was not-so-subtly styled after America's current president. Some people found this shocking, especially because (spoiler alert) Julius gets pretty badly murdered about halfway through Shakespeare's classic history play. Even more shocking to some, though, was the news that a play — especially an old play with no singing in it — was making political waves. A lot of people seem to believe that theatre is the exclusive domain of acne-ridden high school kids and cuddly, big budget Disney musicals. But theatre has always been political. From ancient Greece to Shakespeare to your cousin's devised site-specific movement piece, every play engages with the politics of its time. Here are a few politically charged plays to read right now, even if you don't have the time or budget for a trip to Broadway.

I'm sure I'm biased, having grown up in the New York theatre world, but I think that reading plays is hideously underrated. It's the next best thing to seeing a play—you might even find that you can pick up more of the nuanced language when you have time to peruse each page at your leisure. So take a break from obsessively checking Twitter for the latest signs of the apocalypse and do some resistance reading with these excellent scripts: