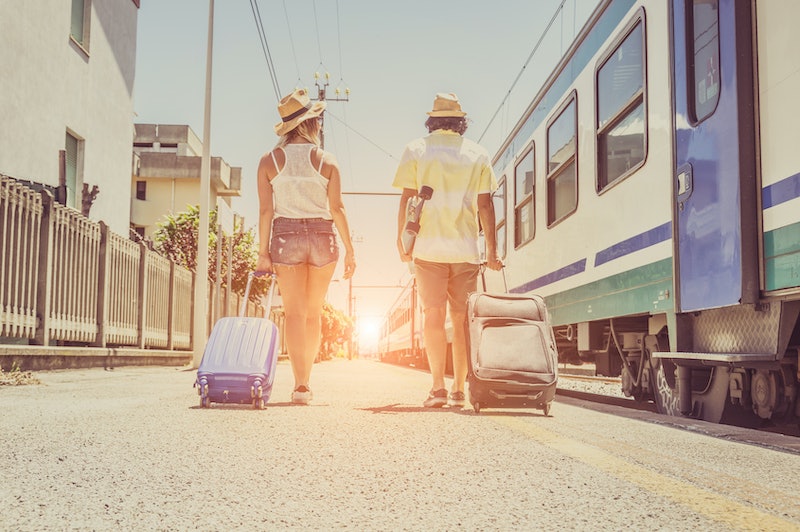 The best part about this pint-sized sex toy is that it doubles as a super cute piece of jewelry. A button on the side turns this slim, discreet necklace vibe on — the most intense vibrations will be felt at the tip, but the entire three-inch pendant will vibrate, too.

This sleek black vibe has seven vibration patterns to choose from, and also has textured silicone massage beads on the tip for added stimulation. If being on-the-go means you don't have access to a USB charging port, don't fret: the iVibe takes only two AAA batteries.

If you and a male partner are on a romantic vacation and want a toy that will do the trick for both of, this super affordable vibrating cock ring should do the trick. It's simple (there's only one speed), but this cock ring can be adjusted to stimulate either the clitoris or balls — depending on which way you flip it while it's around the penis — so everyone can have a good time.

This mini version of more intense wand vibrators is mega-cute, but can still get the job done on-the-go. It has three speeds and a flexible neck (for those hard to reach erogenous zones), so no matter where you are, you can bring a little pleasure with you.

No matter where this summer takes you, there are plenty of travel-sized sex toys that you can bring alone for the ride to ensure that you have a good time. (Or just stock up on these purse-friendly vibes for your everyday life, too).