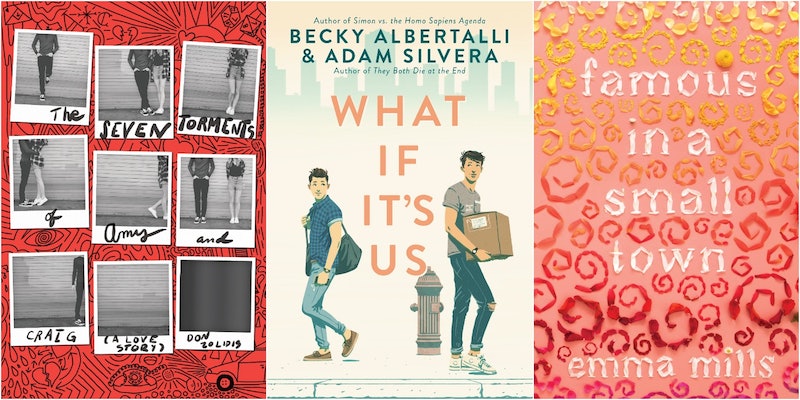 It only takes a quick glance at Twitter to see that people are, well, in love with Netflix's adaptation of Jenny Han's YA novel To All the Boys I've Loved Before. From gif-sets and quotes to scene analyzations and many new crushes on both Peter Kavinsky and the actor who plays him, Noah Centineo, it's undeniable that the rom-com has made a huge impression on viewers. And surprisingly, it's not the first one of 2018 to do it. Admiration for Becky Albertalli's Love, Simon which was released in March 2018, is still going strong and Kevin Kwan's Crazy Rich Asians had a mammoth box office opening this past weekend. The rom-com is back and clearly, many of us are in desperate need of more both on page and on screen.

And when it comes to both, we're blessedly in luck. Not only have a couple of sure to be squeal-worthy rom-coms been announced for on-screen adaptations — Sophie Kinsella's Can You Keep A Secret? and Sally Thorne's The Hating Game — there are a healthy handful of YA rom-com novels making their way to shelves in the second half of 2018 and early 2019. From New York City meet-cutes to falling in love in small towns, there is something here that will get those butterflies in your stomach fluttering around. And, hopefully, will get the attention of the next Hollywood exec looking to bring YA love stories to the big screen.