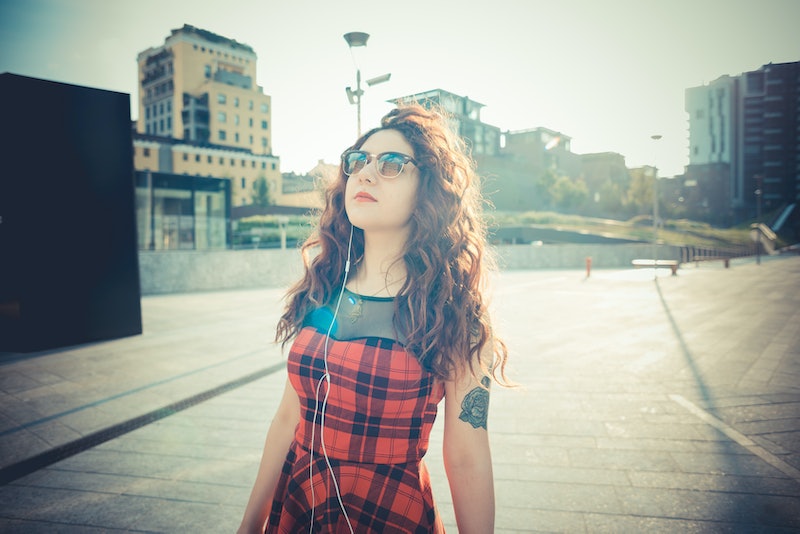 At the very end of the last presidential debate between Donald Trump and Hillary Clinton last October, Trump interrupted Clinton to call her a “nasty woman.” I’m sure he didn’t know in the moment that those two words would become a female empowerment message and come back to haunt him. From signs at the Women’s March to t-shirts emblazoned in all caps to memes upon memes, “nasty woman” has been cropping up everywhere, with no signs of stopping.

But what does it mean to be a nasty woman? “Nasty” is a word that implies a certain amount of not giving a sh*t. It suggests that you do what you want to do; that you don’t act “nice” because you’re “supposed” to. It’s the opposite of traditional femininity, implying that you’re dirty and loud and — dare I say it? — sexual. It’s a word we use specifically to denigrate women who own their sexuality or celebrate the fact that they like to f*ck. A nasty woman is not quiet about her desires, be they sexual, political, or social.

The whole phrase has reminded me of a central tenant of my own feminism: The idea that the personal is political. It’s originally from the second wave feminist movement and was meant to highlight the fact that so much of what happens in our personal lives is directly related to the bigger social and political structures in which we exist.

It’s a reminder that when men like Trump call one of us “nasty,” they’re saying a lot more than the words coming out of their mouths. And it’s a reminder that we all can and should be standing up for our nastiness. So with that in mind, here are 11 ways you can keep being a nasty woman by making sure that the personal is, indeed, political.