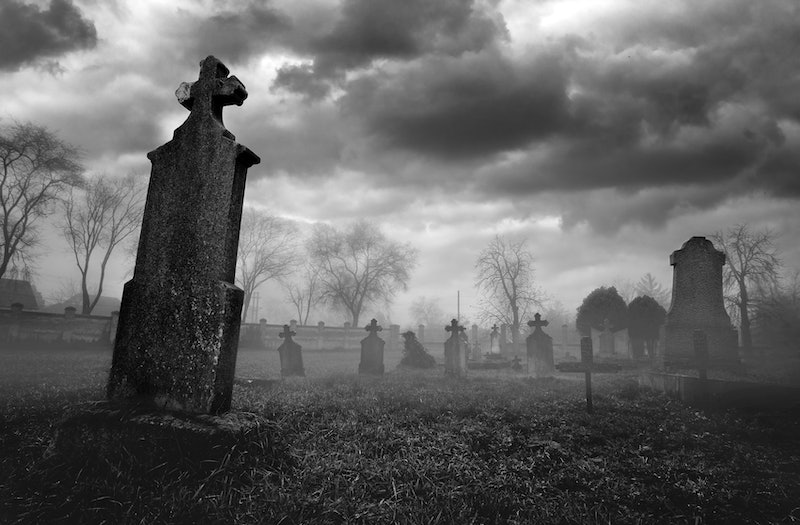 If you're a fan of all things creepy, then you might be wondering what happens when you die. Do parts of your body live on? Do your fingernails really grow? Can your severed head exist in a jar and be brought back to life in the future? The answer is yes and no.

"Once the human body dies it takes several days and maybe a week or two before all parts of the body shut down and stop functioning completely," psychic and spiritual counselor Davida Rappaport tells Bustle. Once your heart has stopped, and you're clinically dead, you'll be well beyond noticing anything that's happening to your body. "After the heart stops beating, oxygen supply to the brain is cut off," Claudia Hammond noted on BBC. "With no glucose store to rely on, nerve cells die within three to seven minutes." So that really is it.

But some bodily processes, like digestion, can tick along while bacteria — which are obviously alive whether you are or not — continue do their thing. Nothing beyond that, though, can technically survive death. So say goodbye to your dreams of coming back to life in a possible zombie apocalypse. You can, however, look forward to longer nails and maybe an orgasm or two. (Yes, really). Here are a few weird things that happen to the body, even after death.