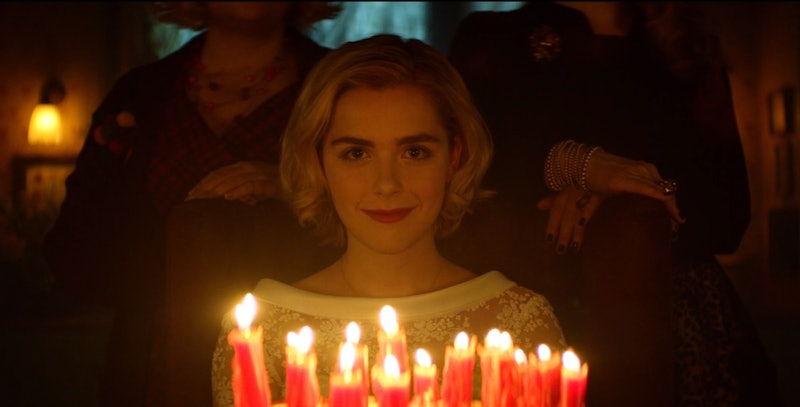 The creators of CW's Riverdale are taking their creepy comic book reimaginings to Netflix with The Chilling Adventures of Sabrina, which will be available to stream on Oct. 26. And fans of the beloved '90s series Sabrina the Teenage Witch, beware: this definitely isn't the lighthearted comedy you remember. The Netflix series, which stars Kiernan Shipka in the titular role, is inspired by the comic book series of the same name, which has been published by Archie Horror (an imprint of Archie Comics) since 2014. You'll recognize all of the same characters: Sabrina Spellman and her aunts Hilda and Zelda; Sabrina's boyfriend Harvey Kinkle; and their feline familiar, Salem. But this time Sabrina lives in the spooky town of Greendale, and on her 16th birthday she begins to reckon with demons, the occult, and her own morality.

If you just can't wait until the horror-inspired new Sabrina hits Netflix — or if you already know that you'll be in major need of more witchiness once you've marathoned the series — you're in luck! Ahead, check out 11 YA books about witches, for whether you're looking for reads about teen witches that will scare you, empower you, entertain you, or just make you seriously rethink your choice not to take on witchcraft as a career choice.